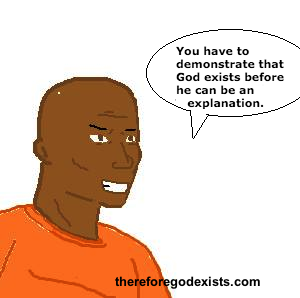 In defending the Christian faith, apologists will use arguments leading to conclusions that have theistic significance. Typically, they will lead to something like, “God.” God is thought to be the best explanation for a wide range of phenomenon. However, if the concept of God has no explanatory power, then the apologetic arguments would be undermined and unjustified. In answering the question, “Why are supernatural explanations inferior?” Matt Dillahunty made a case against the explanatory resources within a theistic system. Mr. Dillahunty believes that we cannot appeal to God to explain one’s own personal experiences or cosmological arguments . Is that the case? Is God a good explanation for anything? 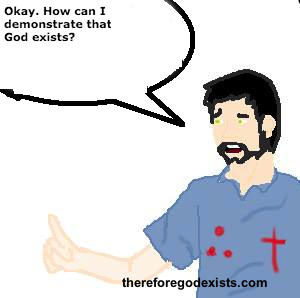 The Non-existent Cannot Be An Explanation 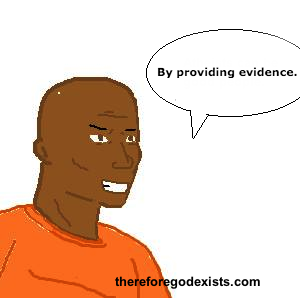 Well, first, I would like to indict Mr. Dillahunty and his co-host of fiat. They have assumed that God does not exist. They are presupposing their own personal philosophy, namely, atheism. Since atheism eliminates the existence of God, God obviously cannot explain anything. I think that most of us will find this reasoning less than convincing. If I were to mount an array of philosophical arguments, citing the various scholars throughout history, engaging with the points and counterpoints, interacting with the relevant scientific data, and concluding that God is the best explanation, would Mr. Dillahunty’s response really suffice? Would he really be able to wave a dismissive hand and say, “Well, the non-existent cannot be an explanation”? Of course not. 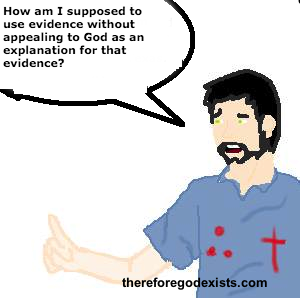 All he has done is to assume that atheism is true with absolutely no justification. So, if Mr. Dillahunty wants to say that God does not exist and therefore cannot serve as an explanation, he must first establish that God does not exist. Of course, this will give him a burden of proof that most atheists are not willing to bear, often suggesting that their duty is only to assess positive theistic arguments. Mr. Dillahunty is fond of saying that he would assess God as being “not guilty” of existing, meaning that the evidence is indeterminate and therefore he is justified in unbelief. However, his assertion is that the non-existent cannot serve as an explanation. If he is going to make that argument, he needs to be able to declare that God is “innocent” of existing, meaning that God absolutely does not exist. So, is God a good explanation for anything? Well, Mr. Dillahunty’s first point lacks the necessary evidence to offer much clarity into the discussion.

The second point that is worth making is that something can have explanatory power even if it does not exist. A scientist could posit a speculative string theory or dark matter or any of the old, refuted scientific concepts throughout the ages as a result of its’ predictive capabilities. This hypothesis could have strong explanatory power. It could be a good explanation of a wide range of data and later be refuted. Similarly, the ‘God hypothesis’ could be a good explanation of some event even if it were the case that God did not exist.

You Must First Demonstrate That God Exists

Second, if it really were the case that one must first demonstrate the existence of some entity in order to recognize it as an explanation, we would never be able to explain anything. Science works by recognizing effects, positing causes and testing those causes for predictive capabilities, explanatory scope, power, simplicity, ad hocness, et cetera. Gravity is the best explanation of the apple’s falling from the tree. However, you would not be able to prove that gravity exists independently of its’ effects. If we were to adopt the Dillahunty standard, then, some of the most robust theories in science would be completely undermined. Is God a good explanation for anything? Well, we cannot rationally accept the standards that Mr. Dillahunty has established in an effort to answer this question.

Solving A Mystery By Appealing To A Mystery

This point is a bit reminiscent of the argument that was popularized by Richard Dawkins in his book The God Delusion. Mr. Dillahunty argued that God would never serve as a explanation, because God is mysterious. By appealing to God to explain a mystery, you are creating another mystery. Since you are raising a further question that needs to be answered, you are therefore not really explaining anything. Explanations are supposed to be edifying and informative, while the God hypothesis is neither.

Is God a good explanation for anything? Well, a more relevant question would be whether anything is a good explanation. Mr. Dillahunty does not seem to be using univocal standards. The standards that he has applied to the existence of God far exceed anything that he could use in the realm of science. Now, he might suggest that God warrants some sort of extra standard because there is no evidence for God, or something like that. But every hypothesis begins with no evidence and must be established. Further, manufacturing a standard that applies to the existence of God, but not to anything else screams of ad hocness. It would seem that Mr. Dillahunty is either [1] intentionally attempting to create new standards in an attempt to circumvent the potency of theistic explanations, or [2] composing these standards a little too hastily. Either way, a bit of revision and public retraction is warranted.

Does God Make Sense In Relation To The Effect?

However, unfortunately, they did not give any arguments for thinking that God is implausible. What would would they have said? I could speculate that they might argue that there is evil or poor design in the universe. But since they did not mount the argument, I will not revisit it here, but just invite the reader to check out the linked articles. Since Mr. Dillahunty did not provide any evidence, we are left to assume that he would probably appeal to the same, old, tired arguments that have been refuted for centuries and are cyclically picked up and dusted off again when everybody has forgotten that they were refuted long ago. Is God a good explanation for anything? Well, there does not seem to be any reason to think that God would be implausible. In fact, there are good reasons to think that a universe without God would look different from the actual world.

Is The ‘God Hypothesis’ Always An Argument From Ignorance?

A ‘God of the Gaps’ argument, or an argument from ignorance, occurs when one tries to explain something that they do not understand by appealing to the existence of God. Where does thunder come from? God clapped the clouds together in his anger. The angels are bowling. These are arguments from ignorance. In this sense, God would never be a good explanation. Every time we learn about the natural world, God would be further crowded out. There would be less room for God as we learn more. Further, we would not be able acquire any new scientific information because everything is thought to be an eternal mystery of God (as the co-host pointed out). Mr. Dillahunty said that the ‘God hypothesis’ would be a pacifier. The concept of God stops you from thinking and asking questions.

There are two points worth making in response to this. First, not all attempts to use God as an explanation take the form of an argument from ignorance. You may disagree with these arguments, but you may not say that they are arguments from ignorance. For it to be an argument from ignorance, you would need to appeal to God as an explanatory hypothesis. But in the project of natural theology, arguments for the existence of God often take the form of syllogisms. They use premises and conclude that God exists. The existence of God is deducted from the premises that are established by the scientific data. Is God a good explanation for anything? He can be, and the so-called ‘argument from ignorance’ objection would be irrelevant.

Second, Aristotle outlined different types of causality that we still use today. He suggested that there is a difference between a material cause and an efficient cause. A material cause is the stuff out of which some effect is made. One could explain the scientific interactions of a pot of boiling water, for example. The efficient cause is the transcendent cause that brought an effect into being, like a person who puts the pot of water on the stovetop. Explaining the science behind boiling water does absolutely nothing to explain the efficient cause, and vice versa. Explaining that a person put a pot of boiling water on the stovetop is not a pacifier. You can still ask the scientific question. Similarly, you can have both Henry Ford and thermodynamics. Henry Ford is not a pacifier. Is God a good explanation? Well, you can have both God and science. God is not a pacifier. He is the personal agent and the efficient cause, while science the mechanism.

Is God A Good Explanation For Anything?

Mr. Dillahunty does not seem to have provided any good reasons for thinking that God is not a good explanation. He established unreasonable standards that cannot be maintained in any other philosophical discussion. He suggested first that one must prove that their explanation exists independently of the effect (which creates a catch-22), and then he said that in order to recognize a cause, you must first explain the cause, which leads to an infinite regress. Further, he argued that God does not make sense as a cause, which, as we saw, was not true. Then he used the old ‘appeal to ignorance’ as though it applied to every time God is used as an explanation, which it does not. The only way for us to say that God cannot be used as an explanation is to presuppose that atheism is true and to declare by fiat that God cannot be an explanation because God does not exist.

Recommended Resources
Can “God Did It” Or Miracles Be An Explanation?