From the greatest scholars of the today, to the most famed philosophers of old, anybody who has ever observed the natural world has been plagued, or blessed, as it were, by the question, “why does anything at all exist?” This seems to be the reason that most people believe in the existence of a transcendent Creator of the universe. Whether the argument is stylized syllogistically, highly philosophical and technical, or the average man gazing at the head of the sun as it peaks over the horizon, feeling “naturally overwhelmed,” in the words of Richard Dawkins, “almost a desire to worship something.” Men know this problem, even atheists admit it. 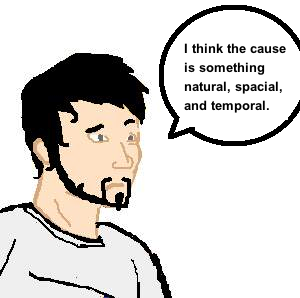 In the words of the apostle Paul, “For since the creation of the world His invisible attributes, His eternal power and divine nature, have been clearly seen, being understood through what has been made, so that they are without excuse.” (Romans 1:20). The question that one might pose is this: can this stand as more than an emotional observation? Can the atheists answer the challenge, answer the question, “why does anything at all exist?” I think that the boyhood observation perseveres, toppling down the objections of the intellectual. Why does anything at all exist? 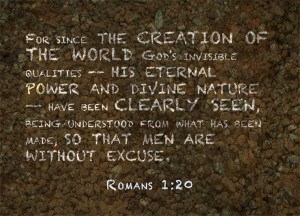 I pose this argument, and state the premises thusly (though I will break them down in as simple terms as I know how): 1 – Everything that exists has an explanation of its’ existence, whether in the necessity of its’ own nature, or an external cause. 2 – The universe exists. 3 – The explanation of the universe is not in the necessity of its’ own nature. 4 – Therefore, the universe had an external cause.

Everything that exists has an explanation of its’ existence. What does I mean by that? I will apply a popular illustration so that this point will become apparent. Suppose you were hiking with a friend, and the two of you stumbled across a beach ball in the middle of the trail. That would be quite an unusual sight, so you would rightly pose the question, “Where did this ball come from?” 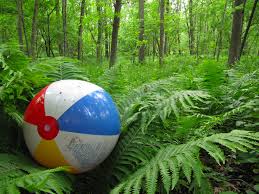 That explanation is either in the necessity of its’ own nature or an external cause. This is a little technical, but like I said, I will try to break it down as simply as I can. When I say that something exists necessarily, I mean that it must exist. It could not be otherwise. The ball exists because it must exist. Its’ existence is absolutely essential. This is one of the options for the existence of the universe. It may be that the universe must exist. The alternative option is that the universe has an external cause. That is, a cause beyond itself that brought it into being. This alternative would be comparable to how Michelangelo is the cause of the statue of David. 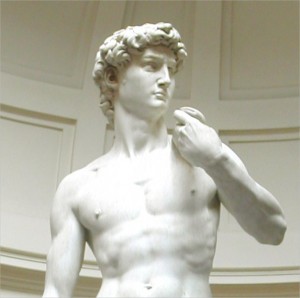 (Note: I have assumed that premise 2 is valid. The universe exists. If anyone wants to argue that the universe does not exist, they will also have to explain why it is that I should bother responding to them, because, as a part of the universe, they do not technically exist, and therefore, they never mounted the objection.)

We can be certain of this because an infinite series of events is logically absurd. Mathematicians, such as Doctor David Hilbert, realize that while one can apply the infinite to mathematics, it cannot be transferred into reality, because it leads to logical absurdities, as Doctor Hilbert showed in his paradoxical Hilbert’s Hotel (see left). Consider it like this: If there were an infinite number of days in the past, then that means that it would require an infinite amount of time before reaching today. This means that today would have never arrived. An infinite is literally never-ending. If a never-ending chain of events happened before today, then it follows that today would never have gotten here. This leads one irrevocably to the conclusion that there cannot have been an infinite number of days or events prior to today. The universe cannot be eternal.

This line of thinking carries over into the scientific realm, specifically the law of entropy. Since the universe (or multiverse, if such a thing exists) is one massive closed system, it is subject to the laws of entropy. Entropy states that the usable energy in the universe is depleting, much like the energy of a battery depletes, so also the energy in the universe depletes. When it runs out, the universe will incur what scientists refer to as the heat death of the universe. The universe will die. The question that presses upon us is this: if the universe has existed for an eternity, then why has it not already died? Thus the universe cannot have existed from eternity. As Stephen Hawkins put it, “Almost everyone now believes that the universe, and time itself had a beginning at the Big Bang.” (Hawking and Roger Penrose, The Nature of Space and Time. The Isaac Newton Institutes Series of Lectures, page 20).

Since the universe had a beginning, it follows that it is not necessary in its’ nature. The universe could conceivable not exist, as it has, and as it will. Thus I repeat my question: why does anything at all exist? What is the explanation of the universe? It is not in the necessity of its’ own nature. Therefore…

The universe had an external cause. This is highly significant, a point that most atheists would not be willing to concede, because the threads of atheism begins to unravel at the idea of a cause of the universe. Consider with me for a moment what the universe is. The universe is all of nature, all of energy, space, matter, and time. Everything that exists. If all of nature, space, and time have a cause, that cause cannot be natural, spacial, or temporal, for the same reason that a man cannot be his own father. The cause of the universe must be supernatural, spaceless, timeless, immaterial, transcending the entire known universe, existing in such a way that the universe is contingent upon him. Therefore, God exists.