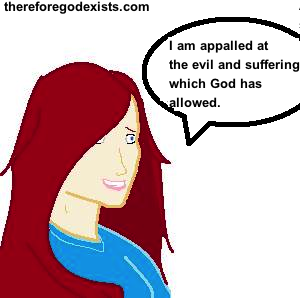 One of the most common arguments against the existence of God is the problem of evil and suffering. We see evil in the world, and ask, how could a loving God permit such a thing? The atheist philosopher of old, Epicurus, is often cited as raising this issue. But obviously it extends back much further than him. This is one of the most integral and touching questions that a human being can ask. If God is good, should he not want to stop evil? If he is powerful, is he not able to stop evil? While this may be a very emotional problem that affects everybody in some way, I think there are at least 5 reasons that evil does not disprove God.

1 – God may have good reasons for allowing evil.

We have to remember that this is an argument against the existence of God. The person making the argument has the burden of proof. 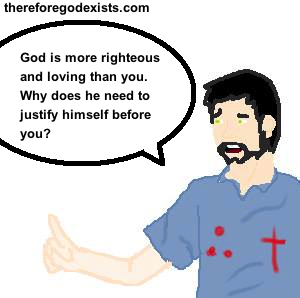 So, therefore, if it is possible that God has perfectly good reasons for allowing evil, then it this argument does not work. The problem with this argument is that it assumes to know the mind of God. It assumes to say that it knows that God cannot have morally sufficient reasons for permitting evil and suffering. But that is just sheer speculation.

Maybe God does have perfectly good reasons for permitting evil and suffering. He does not reveal them to each of us, because that would make the universe a sort of haunted house. When you fall down the stairs, God would whisper in you ear, “the good effects of this event will transpire in a hundred years in another continent.” But far from giving us peace of mind, this may make people even more angry with God. It is better that we just acknowledge that God has morally sufficient reasons without knowing what they are.

2 – God is more righteous than we are. 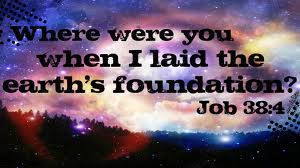 Now, what I usually wonder is why it is that professing Christians need so desperately to know what God’s morally sufficient reasons are. Why do we demand that God justify himself to us? Why do we multiply words against God? God is more righteous than we are. He is more wise than we are. It is a peculiarity of human nature to assume that we are the standard by which everything else is measured. If something does not make sense to us, then we will stand in judgment of God and demand that he justify himself.

This is precisely what Job did when God allowed evil to overcome him. It was Elihu who finally came to Job, as a man of God, and revealed to him the problem with what he was doing. What sin did Job commit? He multiplied words against God. He stood in judgment of an almighty God. Now, when we see evil and suffering in the world, we can certainly feel burdened about these things. But then we turn our eyes to the Heavens and ask, ‘how dare you?’

If you would like to see God’s response to this question, see Job 38-41. It begins, “Who is this that darkens counsel by words without knowledge?” 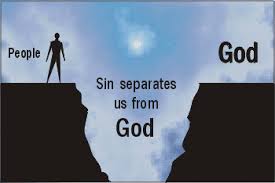 When we say that there is evil and suffering in the world, and therefore God is unjust, it assumes that there are some people, who in and of themselves, deserve something other than God’s wrath. But that is not what the Bible teaches. The Bible teaches that all men are only evil, continually (Genesis 6:5), that all have sinned (Romans 3:23).

This brings me to the most terrifying truth in Scripture. The most terrifying truth in Scripture is that God is good. Since God is good, he must bring his wrath upon wicked men, just like a good judge would punish a guilty criminal. Men deserve the wrath of God. So when we question why we receive that wrath, it is as a guilty criminal questioning the judge in the courtroom, why he is receiving condemnation. He is receiving it because he is guilty and he deserves it. So the same with us. 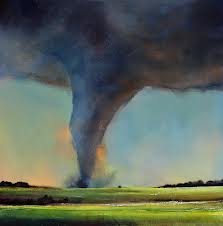 Not only is the nature of mankind fallen, but the nature of everything in the universe is fallen. Everything that we encounter and touch will remind us of how sinful we are. The universe has been groaning together as if in the pains of childbirth (Romans 8:22). God created a universe with tooth and claw, thorns and thistles, because he was creating a universe that was meant to be inhabited by sinful creatures.

So we all acknowledge that things are not the way that they are supposed to be. Even the Bible acknowledges that creation is imperfect, relative to human flourishing. God did not create the world so that humans could flourish. God created the universe so that humans could see their sin and realize their desperate need for him. So when we see natural disasters, these are terrible reminders that we live in a fallen world. 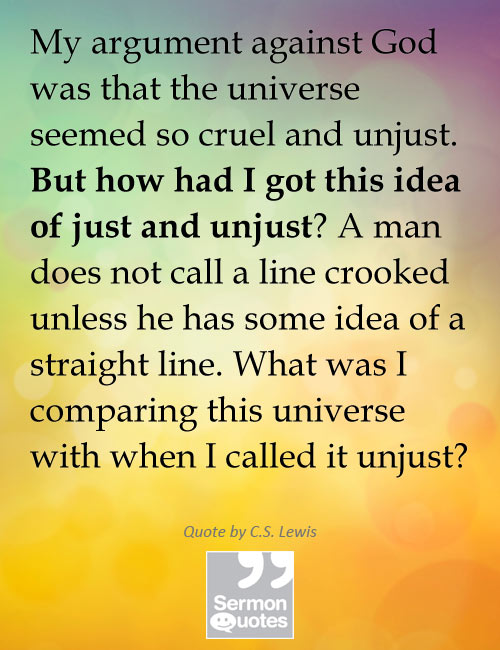 Lewis rightly recognized that if evil exists, then good exists. But if there is objective good, that means that there is a standard of morality that is beyond humanity. The moral law implies that there is a moral law giver. This is something that many atheist philosophers agree with. So most will say that all morality is relative; that there is no absolute good or evil. Richard Dawkins said, “there is at bottom, no good, no evil.” Doctor Michael Ruse, an atheist philosopher, said, “Ethics are an aid to survival and reproduction. But any deeper meaning is illusory.”

What do you usually say when people ask why God allows evil?