Have you ever heard it said that the Bible does not matter, that it was written so long ago, to another culture, and that it is impossible for it to apply to our lives? Well, for those of us who have read it, we know that the Bible is alive, that it is the living word of God, sharper than any double-edged sword, and is the sole authority for doctrinal truth. It is applicable to our lives. I argued more thoroughly for this in my article Is The Bible Relevant Today? However, I can think of 5 Bible verses that apply to your life.

1 – “Blessed is the one who does not walk in step with the wicked or stand in the way that sinners take or sit in the company of mockers, but whose delight is in the law of the Lord, and who meditates on his law day and night.” Psalm 1:1-2 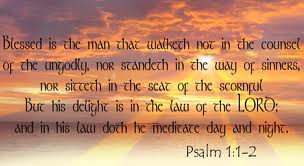 In a day of relativism, it is so difficult to say what is the difference between right and wrong. Ethics have become so muddled in the modern world, so much so that moral atrocities, such as murder, are approved of, in favor of the idea of choice. People desire absolute freedom so greatly that they are willing to compromise even the most tremendous moral values. Men will call good, evil, and evil, good. Indeed, they will say, for the sake of their personal philosophy, that there is no such thing as good or evil, but then cry out in anger when they feel as though their human rights have been violated.

But those of us who can see that some things really are wrong, those who do not value themselves over the difference between right and wrong, are able to stand firmly on biblical morality. While the world may hate us for our striving after righteousness, we are blessed by the Lord, and we delight in his righteousness.

2 – “The LORD observed the extent of human wickedness on the earth, and he saw that everything they thought or imagined was consistently and totally evil.” Genesis 6:5 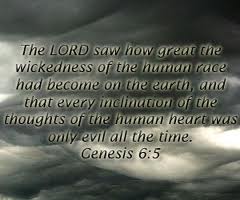 This was God’s assessment of the generation of Noah, and it represents not only his generation, but also all of mankind. Mankind is, in general, evil. We all fall short of God’s standard. We are all sinners. Everything that we do is processed through a sinful nature. This is something that we can see plainly in the world and in our daily lives. Nobody has to train a child to be bad. Nobody is surprised when we see a society full of murder, crime and strife.

In fact, we are surprised when people do righteousness. We are surprised when people truly want to serve God, and when they do not want to deceive people. To make this easier to believe, imagine there was a screen over your head, and every thought that you had was portrayed on that screen. Would you go anywhere? Would not your thoughts embarrass and condemn you before men? This is just our fundamental nature, and it is how God assessed man in the very beginning. Those who are lost in the delusion that they are righteous need this truth reflected in the Bible.

3 – “Fear of the LORD is the foundation of true knowledge, but fools despise wisdom and discipline.” Proverbs 1:7

The problem, though, is that they begin with a false foundation. They are seeing the world through the lens of a false worldview. They cannot gain true wisdom, because they have submitted themselves to God. When they do that, they begin true wisdom and are able to see the world, and discern, as reality is.

4 – “For God loved the world so much that he gave his one and only Son, so that everyone who believes in him will not perish but have eternal life.” John 3:16

The most fundamental reason that the Bible is relevant to today is in its’ spiritual content. This is God’s revelation to mankind. The God who created the universe, and who created each of us, has written a letter to mankind, a record of what he has done and how we are supposed to reply to it. God allowed his Son to be crucified for the sake of mankind.

To understand this, one must understand what is the most terrifying truth in Scripture. The most terrifying truth in Scripture is that God is good. This is terrifying because while God is good, we are not. So, what does a good God do with us? A good judge does not let guilty criminals go. So a good God cannot let guilty criminals go. But God sent his only Son, and when he was murdered, all of the wrath of God went out upon him. Christ absorbed the punishment that each of us deserve. This verse is vitally relevant to each of our lives. 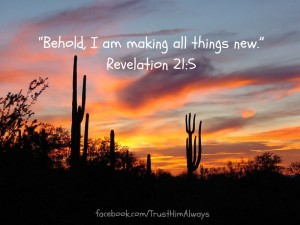 Christ was talking here not only of the end-times kingdom, but also each of us. When somebody converts to Christian belief, they are not only converted. They are also regenerated by the Holy Spirit. They are made a new creature, and given new desires. Paul said, “He who is in Christ is a new creature. The old is gone, the new is here!” (2 Corinthians 5:17). This is what is known as being born again.

So the person who is full of rage, depression, turmoil and grief, may look at Christianity and ask what it can offer them. The person who feels as though they are generally happy, and has a generally good life, may look to Christianity and wonder the same thing. The answer is that Christ will make you a new creature with a striving for righteousness and a thirst for God and his word. This is the power of God applied to the life of the individual, and it applies to the life of all those who call upon him.

What Bible verses can you think of that apply to your life? Leave a comment.