When engaged in dialogue with people out in the world, Christians will encounter certain common objections that they should be able to answer. These are usually based on misconceptions or just misinformation which they have received. They may also be general questions of curiosity that people have. When people find out that you are a Christian, they may want to know some facts about Christian belief. Therefore, I think there are at least 5 questions all Christians should be able to answer. 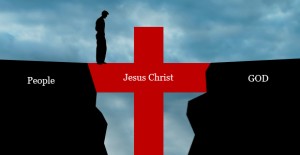 The answer should always look something like this. When Christ was murdered, all of God’s wrath went out upon him. Christ punished in our place, absorbing the punishment that we deserve. Now, because of that, we can stand before God as though we had never sinned. We do this by putting our trust in the Savior (Matt 3:2). God will make us new creatures (John 3:3), thus giving us a born again experience. That is what it means to be a born again Christian.

2 – Why do you believe in Christianity?

The most common answer to this question is, “because I have faith.” People claim that they believe because they have faith. Or perhaps they will just throw up their arms and say that they do not know. But of course both of these answers are just insufficient and do not really represent your reasoning.

Most Christians do not believe out of blind faith. They believe because they were supernaturally made a new creature and encounter God as though he were another person. We believe because we experience the risen Lord, and because the apostles spoke of him in the written word of God. That is why we believe. So when Christians throw up their arms and say that they do not know, it is just frustrating because they are not properly expressing their own beliefs.

3 – Why do you Christians deny modern science?

Usually, when they say something like this, they are referring to the Big Bang or macro-evolution. I would just reply to this that we do not deny modern science. There is really nothing within Christian belief that says that God could not use the Big Bang. In the beginning God used the Big Bang, creating the heavens and the earth. There is just nothing inconsistent with that and our faith. Insofar as macro-evolution is concerned, many Christians do not disbelieve it. Many theologians think that Genesis 1 is perfectly consistent with evolutionary creationism.

Now, I think that the Christian has an advantage over the atheist here. The Christian can be open to follow the scientific evidence where it leads. If science reveals macro-evolution, Christians can be open to it. But if it does not, Christians can be free to reject it. In contrast, for the atheists, evolution is the only game in town. They are stuck with it. No matter how poor the evidence, it is the only option that they have.

When Christians say that God created the universe, non-believers will often reply, “ah, but then, who created God?” Christians, I think, usually handle this question fairly well, because it is not a sophisticated objection. But it does come up frequently. The most usual response to this is this: As the cause of time, God is necessarily beyond time, or eternal and uncaused. 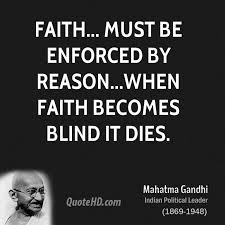 Non-believers often perceive the idea of faith as just having blind belief. We believe something, even if we do not really have any evidence to believe it. But how could that be? After all, the disciples walked with Jesus, saw him perform miracles, and indeed, even encountered him after he rose from the dead. They had every reason to believe. So then how could their faith be blind? The answer is that Christians are not called to have blind faith.

When it is said that we have faith, it just means that we have put our trust in Christ. Faith, in this context, is comparable to faith in ones’ spouse. In his debate with Richard Dawkins, Dr John Lennox made this point. Dawkins said, “You would only need faith if you do not have any evidence.” Lennox replied, “I assume you have faith in your wife. Is there any evidence for that?” To which Dawkins conceded, “yes, there is plenty of evidence.”

Dawkins was just fundamentally misunderstanding what it means to have faith.