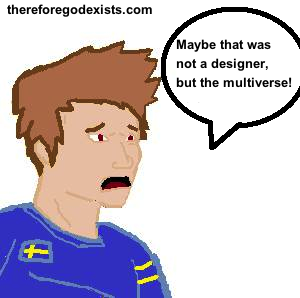 Some of our favorite science fiction narratives include an ensemble of parallel universes, in which the people in the opposite universe are just like us, perhaps even having the same DNA molecule, but behaving as though they were different people. Perhaps there are implications of nature and nurture in these dramas. Interestingly, in the modern atheist blogosphere, these science fiction narratives have come to life. The multiverse hypothesis is a favorite of the modern atheist, using it explain away the existence of specified complexity in the universe, and concluding that God is not necessary. So does the multiverse disprove God?

This multiverse usually comes as a response to the design argument (and in fact, even atheist icons, such as Richard Dawkins, are attaching themselves to this theory, and of course therefore popularizing it). 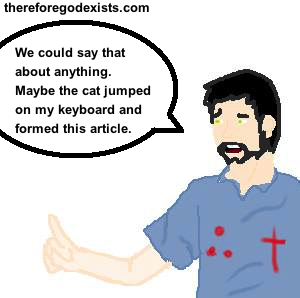 The design arguments demonstrate that if there is complexity, with a corresponding pattern, it must be the product of design. For example, suppose your name is Bob, and you were born on April 4th, 1990. One day, at the DMV, you received license plates that said “BOB 4490”. While any license number is just as unlikely, you would immediately recognize the corresponding pattern; your name and birthday. This would lead one to conclude that there is design in the license plate number (probably somebody that you know works at the DMV!) due to the specified complexity. In the same way, we can recognize specified complexity in the cosmos and in our DNA.

The rebuttal is that in a multiverse, there are an infinite number of chances and possibilities, and given that, it is likely that there are some universes that contains specified complexity despite that it is not designed.

What Does The Multiverse Explain?

The multiverse hypothesis actually explains far too much. Atheists like to appeal to it as a response to scientific data with theological implications that make them uncomfortable. But they do not realize the wide range of occurrences that the multiverse model would explain. The multiverse says that there is an infinite number of universes, and an infinite number of chances, and therefore, even things that are vastly improbable do occur in some universes. We just happen to be the one in which it occurs.

With that in mind, Bob at the DMV should not be surprised when he receives a license plate with the code BOB 4490. If he is privy to the atheist blogosphere, he should recognize that in this multiverse, given infinite chances, people named Bob with the same birthday are getting license plates everywhere. He should then conclude that there is no design in the license plate number, but that the multiverse can explain it away. Further, and more interestingly, a cheating wife could say that while the evidence makes it very likely that she was cheating, given an infinite number of chances, odds are that in one of the universes, evidence would suggest infidelity even though it did not occur.

As we can clearly see, appealing to the multiverse to explain things just makes it impossible to assess probability and evaluate evidence rationally. Of course, that does not make it untrue. But it is irrational to throw out a random explanatory hypothesis. Maybe there are an infinite number of universes. So what? It is really just a glorified, “what if…” scenario. This seems to me to just be a desperate attempt to undermine the obvious design in the universe, and atheists would do it no matter what. If the clouds randomly formed the sentence, “The Bible is the word of God,” atheists would say that it was a product of the multiverse.

Does The Multiverse Exist?

As the physicist Doctor Roger Penrose of Oxford University explains, if it were the case that we were in a multiverse, that the observable world would be vastly different than it is. For example, the chances of our solar system forming instantaneously by random collision of particles is about 1 to the 10 to the 10 to the 60th.

But as Penrose pointed out, even that is incomprehensibly smaller than the low probability that the entropy level of our universe which is fine tuned for our existence should exist by chance. Therefore if we were part of a multiverse, we should be observing a much smaller universe. The fact that we do not therefore disconfirms very strongly the multiverse hypothesis.

Does The Multiverse Need God?

As the physicist Alexander Vilenkin pointed out in the Bord-Guth-Velinken theorem, any universe that averages a constant rate of expansion must have had a beginning. They argue that this includes the multiverse, and as such, the implications of the finite past cannot be avoided by appealing to the multiverse. It is a poor attempt to advance the atheist agenda (avoid the existence of a transcendent, personal cause at all costs).

One Thought to “Does The Multiverse Disprove God?”