Ancient diversions from orthodoxy seem to sprout up throughout the generations of church history. Christians have classically maintained strict trinitarianism. Any departure from this has been looked upon by the historic church as a heresy. A non-trinitarian model of God would hence be seen as idolatry. Nonetheless, there are some Christian groups who maintain a form of unitarianism. While a trinitarian is a person who believes that there is one God, eternally presented in three persons, a unitarian is one who believes that there is one God, who is one person. This position has manifested itself in several very unique and distinct ways, which often do not have many areas of overlap. Islam is a unitarian system. Jehovah’s Witnesses are essentially Arians, who believe that Jesus is not God. Jesus Only churches are likewise unitarian. But they are very different from other unitarians. A Islamic unitarian or an Arian unitarian would find the Jesus Only form of unitarianism to be quite displeasing. So then, what is the Jesus Only form of unitarianism? Further, what is a “Jesus Only” church? 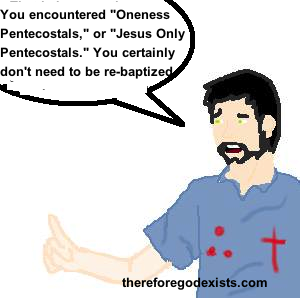 The Jesus Only churches have some very unique beliefs, apart from merely unitarianism. They have also departed from historical Christianity in their beliefs about water baptism, the use and application of tongues, and the Holy Spirit. However, it might be argued that all of these beliefs are centralized by their unitarianism. Many adherents to the Jesus Only movement will style themselves Oneness Pentecostals. I will labor to present the Oneness Pentecostal positions as fairly as I can, yet also being concise and explaining why I do not think they are a proper representation of the biblical model. Anyone interested in a further discussion may pursue my series of articles that I titled Oneness Pentecostal Heresy. 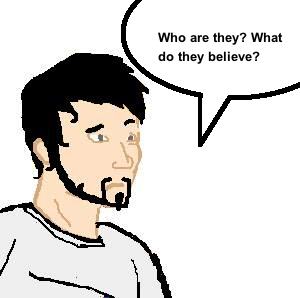 The “Oneness” View of God. The Jesus Only movement usually does not use the title “unitarianism.” Rather, they prefer to refer to the “oneness” conception of God. Many adherents to the oneness conception of God mistakenly think that the trinity teaches that there are three gods, which is in opposition to strict biblical monotheism that we see throughout the Law and the Prophets and the New Testament. So in an effort to refute the trinity, many will appeal to verses such as Deuteronomy 6:4, which, of course says that there is only one God. I am afraid that many just have been provided with a poor representation of what the doctrine of the trinity teaches. The trinity does not teach that there are three gods. The trinity teaches that there is one God who is eternally present in three persons. 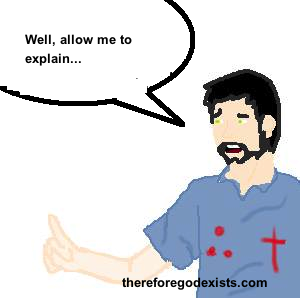 In contrast, the Jesus Only conception of unitarianism maintains that there is one God, and one person, and the name of that one person is Jesus. In this way, Jesus would be the Father, the Son, and the Holy Spirit. They would just be different manifestations that Jesus takes. At the incarnation, we see the Father becoming a man. That man is the Son. The typical explanation of this that the Jesus Only adherent will give is that the Son is just the human nature of Jesus, while the Father is the spiritual nature of Jesus. The Son is not God in this sense. Rather, the Son is the human nature that Jesus takes on. Indeed, we are all “sons” of God. So when the Son is communicating with the Father, that is just his human nature speaking with his spiritual nature.

This is contradicted by the plain claims to divinity that the Son has. In Hebrews 1:8, the Father says to the Son, “Your throne, O God, is everlasting.” In Luke 23:46, as Jesus is dying, he cries out, “Father, into your hands, I commit my spirit.” Since Jesus is committing his “spiritual nature” to the Father, this indicates that his spiritual nature is not the Father. Since Jesus is not the Father, neither in his spiritual nature, nor in his human nature (if indeed we could separate such things), it follows that this form of unitarianism is not true. What is a “Jesus Only” Church? They maintain this view of God that is historically known as modalism, which is patently contradicted by the scriptural testimony.

They draw support from the baptisms throughout the book of Acts, wherein the apostles are routinely said to have baptized in the name of Jesus. Their signature text is Acts 2:38, wherein Peter declares, “Repent, and be baptized in the name of Jesus Christ for the remission of your sins, and you will receive the gift of the Holy Spirit.” Oneness Pentecostals routinely appeal to Acts 2:38 to justify their entire theology. To them, it is a confirmation of modalism (since it proves that the “name” of the Father, Son, and Spirit, is Jesus) and their baptismal formula.

The necessity of tongues. For the Jesus Only Church, once you have been water baptized with the recitation of the word “Jesus,” then you are almost there. You have almost made it to salvation. The last thing that you have to do is be filled with the Holy Spirit, that is necessarily evidenced by speaking with ecstatic tongues. If you do not speak with ecstatic tongues, then it follows that you do not have the Holy Spirit. The Jesus Only Church insists that tongues are a necessary evidence of the Holy Spirit. Of course, most Christians believe that the Holy Spirit is necessary for salvation. That is what it means to be “born again,” to be indwelt by the Holy Spirit, made a new creature by the power of God and given the free gift of eternal life. However, for the Oneness Pentecostal, the outward indicator of being filled with the Spirit is that the believer will begin to speak with tongues.

They would draw support from the book of Acts, wherein people are filled with the Holy Spirit, being complimented by speaking with other tongues. The problem is that there is no reason to think that speaking with other tongues is normative, or a necessary indicator of salvation. Indeed, there are instances in Acts where people are filled with the Spirit and do not speak with tongues (Acts 8:17). For a critical examination of this belief, please see my article Are Tongues Necessary For Salvation?

What is a “Jesus Only” church? They are a group who align themselves with Christianity, yet deny the trinity, and ensure that their members declare their denial of the trinity through an explicitly non-trinitarian baptism. This baptism is seen as an essential element of one’s salvation, and piled upon that are tongues, which are also necessary for salvation. This is fundamentally what a Jesus Only Church is.