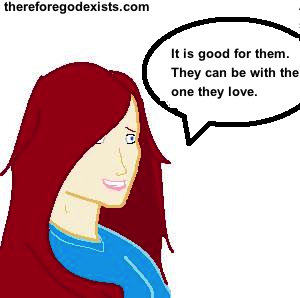 Is same-sex marriage bad for homosexuals? This is one of the most difficult topics that there is to discuss. I am afraid that many believers, conservatives, and fourteen year olds are incapable of broaching the topic of homosexuality without being almost intentionally offensive. We all interpret reality through the lens of our experiences. But if I have one experience, and a friend of mine has another, which experience is correct? Is it the one that is loaded with the most emotion, that has the greatest appeal to the sympathies of the masses? While emotions are valuable tools, they are tools that lead us to truth. They are not truth in and of themselves. They are helpful guides. Indeed, they are times wherein our emotions lead us astray. 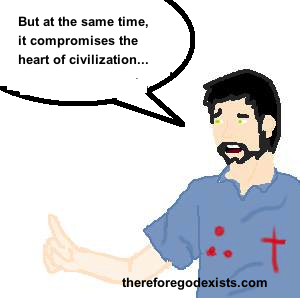 As we ponder our principle question, “is same-sex marriage bad for homosexuals?” while we do not want to dismiss emotions are utterly irrelevant aspects of life, they should be wielded in an appropriate manner. Emotions should not determine truth, but rather they should function as tools that can guide us to truth. This means that as we present and consider this material, it is not something disconnected from our emotional core. We need to be able to relate to our homosexual friends. To that end, before proceeding, I would encourage you to read my two articles How Should Christians React To The Legalization Of Same-Sex Marriage? and Christians: Imagine You Were A Homosexual. 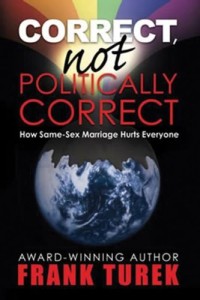 Same-sex marriage hurts homosexuals by creating a society of fatherless individuals. Many people think that sex before marriage is a drain on the individual because it arbitrarily and oppressively restrains them from that which is natural. It is just an old religious exercise that no longer has any bearing on the individual and especially not on society. However, I would like to suggest that free sexuality leads us into a very compromising position. When a worthless man has sex with a girl to whom he is not committed, it often results in unplanned pregnancies. This particular worthless man has the option to flee for his life and leave this girl to raise the child on their own. This creates the situation of a fatherless home. Children who grow up in fatherless or motherless homes are often a drain on society. Children who come from fatherless homes represent the majority of the countries suicides, rapists, dropouts, inmate, and teenage pregnancy (thus initiating the cycle again). A society of children who grow up without fathers is not a society that is beneficial to homosexuals. 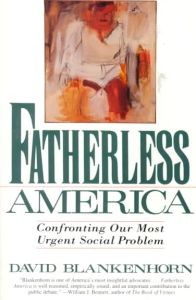 This is something that is conceded even by thoughtful members of the LGBT community. David Blakenhorn is a liberal democrat who changed his position on same sex marriage precisely because the adverse impact that it has on children. He enunciates this view in his book Fatherless America. Dawn Stefanowicz likewise changed her position about homosexual parenting, as she explained in her book Out From Under: The Impact of Homosexual Parenting.

Same-sex marriage hurts homosexuals by compromising their societal function. Since the legalization of same-sex marriage, a flood of Christians have questioned the legitimacy of any governmental role in marriage. They suggest that people can make a marital commitment to one another without the government intervening. While that is true, that is not to say that the government should have no role in the institution of marriage. The institution of marriage is fundamentally an issue of social order. Marriage can lengthen the lifespan of men and women. It will lure men into being productive in society as opposed to be a drain on society. It protects women from uncommitted boyfriends, and protects mothers from violent crime. It can even lower the cost of welfare. The reason that the government is involved in marriage is that the institution of marriage is the foundation for society. We need a properly functioning system of marriage to have a properly functioning society.

Therefore, the government involves itself in marriage by rewarding those who get married. They are showered with benefits precisely because marriage is central to society. But if the government begins to reward all forms of coupling, as though they were equal to marriage, then the marriage that sustains society is no longer exclusively endorsed. The government, therefore, is rid of all incentive to reward marriage, because they are essentially just rewarding people for becoming a couple. Is same sex marriage bad for homosexuals? Well it creates a society for homosexuals to live wherein the government no longer has any basis for rewarding marriage. Hence, the society in which the homosexual abides will become weaker because the central foundation for society is not being promoted.

Same-sex marriage hurts homosexuals by normalizing harmful behavior. If I have a friend who is engaging in behavior that is harmful, I will want to warn them about it. If he is smoking cigarettes, he should be encouraged to quit smoking, lest he die. If a friend is engaging in alcoholism or drug abuse, there would be powerful demonstrations of love for that individual by imploring them to leave that life behind. The obvious difference between these behavior and homosexual behavior is that at some point, somebody chose to pick up a heroin needle. They were not born with an inclination toward heroin. However, some people are born with inclinations toward addictive behavior. Some people have an addictive personality. Some people are born with a pre-inclination toward rage. But when you begin to indulge in that behavior, then the harmful effects manifest themselves.

That is what we see with homosexual behavior. While there are no adverse effects to the mere inclination, there are adverse effects that result from homosexual behavior. The Center For Disease Control reports that more than 82 percent of all sexually transmitted diseases come as a consequence of same sex relations. This, along with other health factors has shortened the average lifespan of the practicing homosexual by ten to twenty years. Of course, this does not exclusively affect homosexuals. The CDC also reports thousands of people who contract AIDS from blood transfusion.

In response to this, you might be inclined to indicate that same sex marriage will commit men to their partner, so that there will no longer be outbursts of lust, hence reducing cases of AIDS among homosexuals and throughout the United States. But as the Journal of Family Psychology points out, “the practice of sexual non-monogamy among some gay couples is one variable that differentiates them from heterosexual couples.” Surveys reveal that men who are in long term homosexual relationships still engage in intercourse with other men. The Sex In America survey that was published by the University of Chicago revealed that there is only a correlation between marital monogamy and sexual monogamy among only 2 percent of those involved in homosexual marriage.

Is same sex marriage bad for homosexuals? It is horrible for them. By legalizing same sex marriage, we normalize the most potent production of sexually transmitted diseases in the United States.

Same-sex marriage hurts homosexuals by separating him from his Creator. This is a debate that is not inherently about religion. Religion is not a factor in the impact that homosexuality has on society. I am not saying that we should outlaw same sex marriage because it is sinful. If I were to say that, I would advocate the outlawing of every sin. The social adversities that we see are purely social adversities. Same sex marriage puts children in a compromising position, impales the foundation of our society and normalizes behavior that is harmful to homosexuals. These are religiously neutral facts.

Yet, if I am to expound upon why same sex marriage is harmful, I would say that it separates man from his Creator. That is not to say that the practicing homosexual is a greater sinner than I. As the apostle Paul wrote, “Christ Jesus came to save sinners, of whom, I am the worst.” (1 Timothy 1:15). But a fundamental aspect of being a Christian is acknowledging your sin. It is changing your mind about sin, and about Christ. That is what repentance means. It is not a matter of oppressing yourself, creating a legalistic rule to keep yourself from homosexual lust. That is not what it means to follow Christ. What it means to follow Christ is that we are laboring for righteousness with joy. We abstain from sin not because we have arbitrarily set rules for ourselves, but in our love for Christ, who died for us, in our place. While we were enemies of God, while we were dead in our sins, Christ saved us. We were not so righteous that God would choose us. Rather, we were unrighteous and helpless, and Christ came to save us.

This is to say that in Christianity, we are not earning our place with God. It is impossible to do that (Luke 18:27). Christ already did the work for us. When he died, all of God’s punishment that we deserve went out upon him. Then he made us new creatures and justified us as a free gift. As an overflow of the joy that we have, we want to share it with others. Christians labor to bring others to know Christ so that they might feel the ultimate fulfillment of their desires.

I am afraid that worldly folks are just too easily satisfied. The person who would rather indulge in fleshly lusts are just too easily satisfied. Christ created us with this immense capacity for joy. This is one that only he can fill himself. Is same sex marriage bad for homosexuals? Yes, it leads them to turn away from their Creator and put all of their hope in the lust of the flesh.