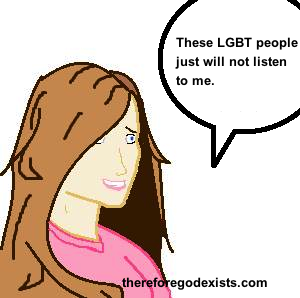 The flames of emotion were ignited a few days ago and their smoke perennially drifts amidst the atmosphere. Many think that this legalization has marked the end of the debate over same sex marriage. But the ongoing struggle over abortion seems to suggest that the debate over same sex marriage probably will not fade into irrelevancy just because it is legal now. There will continue to be people who oppose it and people who advocate it. However, I am afraid that the flames of emotion can be quite scorching. People are more interested in making declarations of pride in their respective stances than they are communicating with one another. I am afraid that we almost need a diplomat to barter between both sides so that we may have effective communication. The problem is that many Christians just do not understand the homosexual position. Thus, I have a challenge for you. Christians: imagine you were a homosexual. 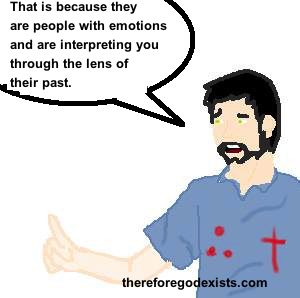 It is quite regrettable that throughout history, people have been unable to sympathize with those who were slightly different from them. We have been unable to diplomatically understand what those with whom we disagree are saying, and for this reason, communication becomes impossible. It becomes the case that we are merely laboring to shout each other down, and the person who shouts loudest, wins. The person who uses the most emotionally loaded names, wins. Of course, emotions can be a good thing when they encourage discussion. But throughout this discourse, emotions stifle discussion. They become a smokescreen. The emotions make it impossible for thinking citizens to scrutinize the relevant issues. In this way, all I am faced with are the emotions of the other party, and my own emotions. If we are going to communicate with one another, then we need to understand one another. This initiates my challenge. Christians: imagine you were a homosexual. 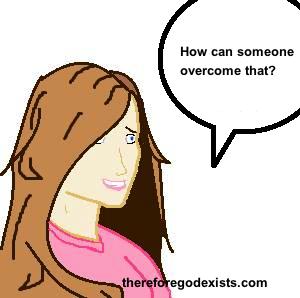 You have been bullied from your youth. Adolescence are often far too immature to handle people who are different from them. Homosexual adolescence are typically cast as outcast, foreigners, and victims. When a homosexual youth “comes out,” and reveals their homosexuality, the wind of betrayal begins to whistle through their world. Their friends begin to snub them, or they treat them very differently. In many cases, we will see boys who are bullied, beaten up by other young boys. The schoolyard becomes hazardous, the mundane cafeteria becomes atwitter with deriding snickers, scowls of disgust and hateful taunting. The people who once deemed you their friends have abruptly cut you off. The bonds of friendship that you once thought were strong enough to endure are cut. 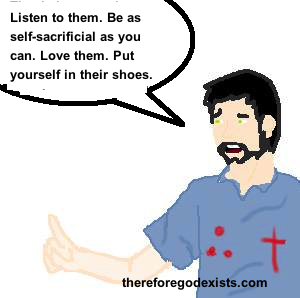 Then you venture to the place wherein you think that you have solace. You reveal your deep emotional turmoil to your parents with the knowledge that while the rest of the world will wrinkle their nose in disgust of you, certainly, your parents will maintain steadfast love and support. But alas, the boy reveals to his parents that he is a homosexual, and he sees his fathers’ face go pale. A tear streams his mothers’ cheeks, and perhaps one of them (probably the father) gets up from the table, not saying a word in response. The child is left totally alone to think that they have some sort of deformity. When their parents’ finally do come to them wielding advice, they tell their child, that “it is a choice,” suggesting that their child just choose to not be a homosexual. The child offers the heavy retort, “if it were a choice, why would I choose to put myself through all of this?” But their parents do not understand. Nobody understands.

Finally, they encounter somebody who does understand. Some older advocate of same-sex marriage, and he begins to educate the boy. He tells him of the pride in being a homosexual, and the bigotry of the outside world. He draws comparisons to racism and slavery, and the child understands that it is not he who is deformed, but rather, that the outside world is bigoted. Christians: imagine you were a homosexual. You have been through all of this. Now, any time somebody approaches you with a disagreeable opinion, you filter it through all of your past experiences. You filter it through the bigotry and hatred that you have endured throughout your entire life. It becomes the case that anybody who speaks a disagreeable opinion is, in fact, committing bigotry. You just cannot see passed that. Everything is interpreted in light of that established reality. You have made the assumption that any dissent is equal to schoolyard bullying and parental shunning. Even the most loving person, who thinks that homosexuality is harmful behavior, is categorically assumed to be a bigot by fiat.

Religious people have been hateful toward you. Now that you are an adult, you are expressing and publicly embracing the same-sex lifestyle. You are doing this to solidify homosexuality as normative, so that nobody has to endure what you endured as a teenager. But as you do this, you realize that there are many people who are so thoroughly appalled at your lifestyle, and it seems to be a consequence of their religious beliefs. The religious people around you cite the Bible as a means of controlling your life, and many of them truly are being bigoted and nasty toward you. These people really do not understand who you are and what you have been through. They really do not understand your past, and they really have no intention of doing so. The only thing that they want to do is spout their opinions, without an inkling of compassion for you as another human being. The religious folks are keen on using emotionally loaded and offensive words, like, “abomination,” or threatening you with hellfire.

As far as you can tell, they are taking a stance of superiority over you. They are claiming that you are some sort of second-class citizen. They are claiming that you are an abomination. The reason for this precisely something that they could never control. The reason that they are better than you is that they have heterosexual inclinations, and you have homosexual inclinations. As far as you can tell, these are amoral consequences of ones’ genetics. As far as you can remember, you never chose to be a homosexual (why would you?) and they never chose to be a heterosexual. If neither of you made this choice, it seems utterly unreasonable for them to stand in judgment over you. This is how people are interpreting Christians when they are standing on the street corner shouting, holding signs, or even writing in all capital letters on social networking sites.

You are in love with a person of the same sex. As you begin to develop as an adult and hone your identity as a homosexual individual in society, you find that your attractions to people of the same sex far exceed mere sexual attraction (of course). You find that you are quite keen toward individuals. You begin to develop feelings for somebody, and they for you. You come to think that this individual is the person with whom you want to spend your life. In this way, the issue of same-sex marriage becomes more than just an abstract societal concept to you. It becomes more than a proposition worthy of defending in open debate. It has developed into more than a cause for protest. Same-sex marriage becomes precious to you because of the commitment and the rich history that it chauffeurs with it.

Now, when people begin to call you an abomination, the offense is deepened. You are stricken with anger, because not only are they denying you, not only are they being offensive toward you, but they are calling this love that you have an abomination. Yet it feels like the most pure substance that you have ever drank. For them to call it an abomination leaves you to wonder how anybody could be so cold. You would never approach them and tell them that their marriages and their relationships with their precious loved ones were abominations. Yet that is the treatment that you are receiving.

This social issue becomes more than a social issue. It becomes personal. It becomes beloved, and now, when people refuse your rights, it becomes deeply personal. It becomes a matter of love. The opponents typically just do not address that, or if they do, they are rather indifferent to the suffering of other people. The conservative refuses to communicate that they are not laboring to muffle the love you they have. As a purely societal question, there can be no objections to the coupling of members of the same-sex, nor their long-term commitment. That is simply nobody’s business. But, conservatives have neglected to express that the debate is not over whether people can have private marriage. Of course people of the same-sex can have love for one another without social objection from the opponent of the LGBT movement. Rather, the issue is one of government-endorsed marriage and commitment. The reason anybody would oppose that is purely for societal reasons. But that is not to say that they cannot love one another or continue in a loving relationship until death. They are free to do that. The opponents are merely expressing that they do not think the government should endorse it. Conservatives have failed to communicate this point. I labored to outline the societal issues in my article Is Same Sex Marriage Bad For Homosexuals?

Should we continue to shout each other down? The reason that people will not budge on these issues is not just that they are stubborn. It is not that they hate you or want to argue. The reason is that they are real people, with a real past. If the Christian really wants to communicate with the proponent of the LGBT movement, then they need to acknowledge the emotional baggage that comes with it. They need to labor to express self-sacrificial love for that person, and allowing their love to be their seat at the table. Then, in the confines of a trusting friendship, real progress can be made. Christians: imagine you were a homosexual. Then you will be able to communicate this is not an issue over religion, nor is it that you hate them or want to bully them. This is purely a social question with real social implications. We are all struggling to develop a properly functioning society of thinking men and women. To that end, we need to listen to one another, sympathize with the past and burdens and emotions, and share ideas freely.