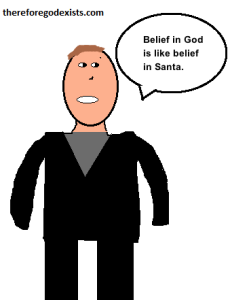 When people are questioned about their belief in God, often they cannot justify it from a logical angle, offering answers such as Just look around you, appealing to the existence of the natural world, without having any understanding of any form of the Cosmological Argument for God’s existence. People seem to suggest that they know who God is on the basis of what they can see plainly, and this is true of all religions and people groups; even those who were not raised to believe in a Creator God believe in a higher power who is the cause of all matter, energy, space, and time. Why it this? Why do people believe in God?

Many will say that God is a crutch or a source of comfort for those who cannot bear reality without believing. This answer might have some explanatory power in some cases, for people often do say that they are learning on God in times of hardship or to get them through a difficult time. 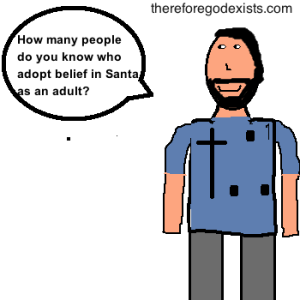 Having said that, the idea that people only believe in God as an emotional crutch lacks also explanatory scope, for it cannot account for many eastern religions which regard God as an impersonal force, nor can it account for deism, which says that God just sort of created the universe and stepped back.

Moreover people may say that many believe in God as an explanatory hypothesis, which is to say that they believe because they do not understand anything in the world, and therefore it must be the handiwork of God himself. But I submit that this does not describe the reason that most believe in God, for while many people may attribute some phenomenon to God, that is not the cause for their belief. The cause for their belief in God is something different.

The non-religious often suggest that something would be childhood indoctrination, because often parents teach their children religious beliefs and they learn to just accept what they are told. But this explanation cannot account for the many people who adopt belief in God as an adult. I submit that these three explanations fall short; there is something much deeper that is the cause for our belief in God. 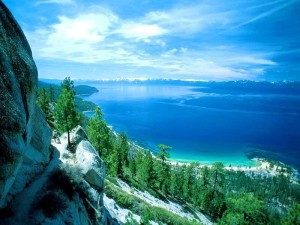 The religious person who has no training in philosophy or philosophical theology will justify their belief in God as something that is just obvious or self-evident in nature, which is precisely why we hear things such as Just look around you… They are not submitting this as an argument for the existence of God, but rather they are saying that the existence of God is obvious to them in the fact that we have a natural world.

The philosopher Doctor Alvin Plantinga has argued on this foundation that belief in God is a basic belief, which is to say that to believe in God is something like to believe in the existence of the external world. We cannot prove that the external world is real (for any attempt to do so using the external world would be reasoning in a circle), nor can we prove that the universe was not created five minutes ago with an appearance of age, but we are all rational to accept these truths. If posed the question, “how do you know that physical objects are real?” we might say something like, “just look around you,” indeed, identical to the argument for the existence of God. But in regard to the self-evident truth of physical objects, to be skeptical would be a cause for concern that such a person has dementia.

People believe in God because the existence of God is self-evidently true to all people. 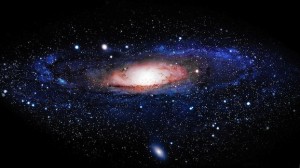 But this self-evident belief that creation requires a Creator can even be formulated in logical terms, as was expressed by the German mathematician and philosopher Gottfried Wilhelm von Leibniz, and is now known as the Leibniz Cosmological Argument.

Suppose you are taking a hike with a friend and you encounter a ball in the forest. You pose the question, “what is the explanation of this balls’ existence?” to which your friend replies, “oh, don’t worry, it just exists, inexplicably.” You would obviously think that your friend was joking or just did not care to think about it, for what could be more irrational than to say that the ball just exists, inexplicably?

But there are very few things that fit this description. There are abstract objects, and personal minds. But abstract objects do not stand in causal relation with anything, that is what makes them abstract. Therefore the cause of the universe must be a supernatural, uncaused, immaterial, personal mind; plausibly referred to as God.

Who Is This God? 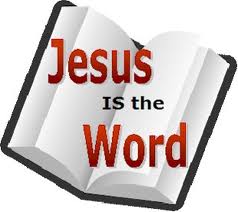 In summary, then, the existence of God can be established from a logical angle, however since it is a self-evident truth, like the existence of physical objects, most people are just willing to not question it any more than they would question the existence of physical objects. This is something which relatively every people group and every culture in the history of mankind has agreed upon, that there exists a God who created the world, and from this self-evident truth, people have concocted different conceptions of this Creator God.

Therefore the question evolves from God’s existence, to whether he has revealed himself in mankind, and whether we can come to know who he is. It is not so implausible that a certain religious claim is true, because it only requires the following statement to be true: God has revealed himself in mankind. If that is the case, if that is something that we are willing to accept as plausible, then perhaps we need to look at what God has done in the world to see who he really is.

I maintain that God revealed himself in his Son, Jesus of Nazareth, who called out, “Come to me, all you who are weary and burdened, and I will give you rest. Take my yoke upon you and learn from me, for I am gentle and humble in heart, and you will find rest for your souls. For my yoke is easy and my burden is light.”