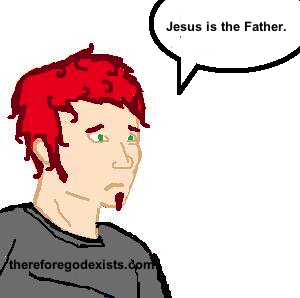 Who is God? What can we know about the nature of God? Christians have classically said that there is only one God who is eternally present in three persons. However, at the Council of Nicea, which arose in response to the Arian heresy (the view that Jesus is merely a creature), there were a few oneness representatives. They held to a modalist conception of God. This entails that there is one God who is one person. The Father, the Son and the Holy Spirit do not represent different persons within the Godhead, but rather, there are different modes that God takes. They are different roles that he takes in the world. Just as a man can be a father, a son, and an employee, so also God is the Father, the Son, and the Holy Spirit. Modalism erupts today in what is known as Oneness Pentecostalism. What is wrong with the oneness view of God? That is what this article seeks to explore. 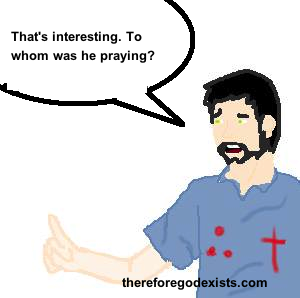 I should begin by outlining or summarizing some of the corollary beliefs of Oneness Pentecostalism. This group vociferously criticizes trinitarians, arguing that if one is to be saved, they cannot believe in the trinity. Thus, if you have been baptized in a trinitarian formula, you must be re-baptized into a oneness formula. Similarly if you do not speak in tongues, then you have not been filled with the Holy Spirit and consequently are not saved. If you would like to read a critique of some of these corollary views, I invite you to browse my series Oneness Pentecostal Heresy. For the purpose of this article, I aim at the core of the oneness doctrine. So what is wrong with the oneness view of God? 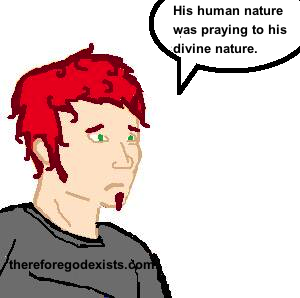 Did the Father die on the cross? This known as patripassionism and it is the pervasive view among many Oneness Pentecostals. Since they believe that Jesus was, and is, the Father, then when he took a drink, the Father was thirsty. When he ate, the Father was hungry. The Father was tempted. The Father even died on the cross and rose from the dead. If you were to encounter a normal Oneness Pentecostal, this is probably the view that they would advocate. However, a few seconds of reflection or perusing the gospels will reveal the problem with this view. To whom was the Father praying? Was he praying to himself? If so, why? When Jesus said, “Father, into your hands, I commit my spirit,” (Luke 23:46), what in the world was he talking about, if in fact, he is the Father? Jesus said, “I am He who testifies about Myself, and the Father who sent Me testifies about Me.” (John 8:18). Jesus said that the Father is greater than he is (John 14:28). What do these things mean? 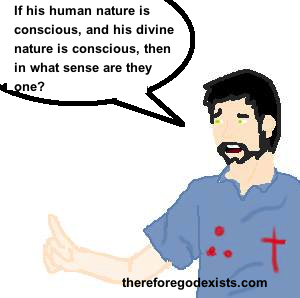 This is not a novel objection to the oneness view of God. Rather, in the dawn of its’ history, it received no small criticism from Tertullian. In his masterful critique of patripassionism, Against Praxeas Tertullian wrote, Quoting Psalm 110:3 “If you want me to believe Him to be both the Father and the Son, show me some other passage where it is declared, ‘The Lord said unto Himself, I am my own Son, today I have begotten myself.'” The relationship and communication between the Father and the Son become incoherent if we say that Jesus is identical with the Father. What is wrong with the oneness view of God? Well, if you say that the Father died on the cross, you are led instantly into absurdity. Jesus could be seen not as the Lord of Glory, but as an asinine individual with serious mental deficiencies, for if he is the Father, it comes unthinkable that he would say, “The Father is greater than I.”

The human nature is the Son, and the divine nature is the Father. The objections to patripassionism are far too obvious. Anybody reading the gospels will see that there is some sort of distinction between Jesus and the Father. Thus sophisticated Oneness Pentecostals have honed their theology so as it assuage these critiques. While most parishioners are unaware of this, the leading Oneness Pentecostal organization, the United Pentecostal Church International, denies patripassionism. They deny that the Father died on the cross. On pages 98-99 of The Oneness of God by Doctor David Bernard, he writes, “[God the Son] is not a correct term because the Son of God refers to the humanity of Jesus Christ. The Bible defines the Son of God as the child born of Mary, not as the eternal Spirit of God (Luke 1:35).” One page 87, he says that it is the Son who died, but not the Father.

Thus he appeals to the distinct natures within Jesus. Jesus had a totally human nature and a totally divine nature. But what is interesting is that these two natures are both conscious entities. The Father in Heaven is one nature, and the Son on earth is another nature. But if the Father is a conscious being and the Son is a conscious being and they are distinct from one another, then in what sense can it be said that they are truly one? Doctor Bernard is merely propounding that the consciousness of the Father was duplicated into the person of the Son, and hence, on page 99, he argues that the Son can be thought of as God in one sense because he is the human image of the invisible God. Pay attention to my reasoning, because this is important. If the Father and the Son are both God, distinct and conscious entities with their own nature (divine and human, respectively), then this logically entails polytheism. What is wrong with the Oneness view of God? As formulated by Doctor Bernard, it logically entails that there are two Gods.

But as I pointed out in my article, Was There A Time When The Son Was Not? the interpretation of the psalms given by the author of Hebrews seems to disconfirm any insight that would suggest the finitude of the Son. In Hebrews 1:10, the author quotes Psalm 102:25, and says that this is an example of the Father talking to the Son. The text reads, “In the beginning you laid the foundations of the earth, and the heavens are the work of your hands.” In context, this psalm is clearly referring to YHWH (v. 1). But the author suggests that this psalm is referring to Jesus. He said that it is an example of the Father communicating with the Son. It is the Father who said to the Son, “In the beginning you laid the foundations of the earth.” But just so the reader will understand his theological meaning, the author of Hebrews adds the word, LORD (taken to indicate YHWH) into the sentence so as to underline the point. It reads, “You, LORD, In the beginning you laid the foundations of the earth.” What is wrong with the oneness view of God? The author of Hebrews clearly applied this creation psalm intended for YHWH to the Son, and even added the word YHWH so that there would be no misunderstandings. Therefore, the Son created the universe and existed alongside the Father.

I would like to suggest that what the Oneness Pentecostal has misunderstood is that a title is a name. In Isaiah 9:6, we read that the name of the messiah will be everlasting father, mighty God, wonderful counselor, prince of peace. The text says that these are names. Yet they are clearly titles. Similarly, Isaiah 7:14 says that his name shall be Immanuel. But his name was not Immanuel. It was Jesus. Solomon’s name was Jedidiah (2 Samuel 12:25). This is because in Jewish thought, a title and a name are inextricably linked. We have lost this link because in our culture, people just name their children whatever sounds good but they do not give any attention to what the name means. But in the Bible, a name is definitional. This means that the name of Jesus is Immanuel, Son, everlasting father, prince of peace, wonderful counselor, mighty God, and YHWH. This means that when Jesus commands his disciples to baptize in the name of the Father, the Son, and the Holy Spirit, the name in this formula is Father, Son, and Holy Spirit.

This will raise the question of why Peter and the apostles baptized in the name of Jesus. It should be noted that the phrase “in the name of,” is an idiom for power and authority. When the apostles were on trial, the Jewish court asked them, “by what power, or in what name do you do this?” (Acts 4:7). If you act in somebody’s name, you are acting under their authority. It is something like an executioner acting in the name of the king. We might pull our cars over for a police officer in the name of the law. This is an idiom for power and authority that Jesus used. So when he told his disciples to baptize in the name of the Father, the Son, and the Holy Spirit, he was telling them to baptize under their authority and power. He was not establishing a baptismal formula. Hence, there is just no contradiction when Peter baptizes in the name of Jesus because it is the same authority. What is wrong with the oneness view of God? It is based upon a misunderstanding of Matthew 28:19 and Acts 2:38.

There are two responses to this worth noting. First, trinitarians do not believe that in the Son resides 33% of God. Jesus is totally God. He is absolutely divine, possessing an absolutely uncompromised divine nature. He possesses all divine attributes. He is totally God. Similarly, the Father is totally God and the Spirit is totally God. This verse, then, would be expressing that Jesus is totally God, not that Jesus is the Father and the Holy Spirit. Second, it might be said that as the image of the invisible God (Colossians 1:15), the exact representation of the Father’s nature (Hebrews 1:3), Jesus was the human image of the trinity. He was the full expression of the trinity. If you want to know who the trinity is, you look to Jesus. That is why John 1:18 says that he explains the Father. That is why John 14:9 says that “Once you’ve seen me, you’ve seen the Father.” Jesus is the expression of God. If you want to know who God is, you look to Jesus. That is because he is totally divine. But that is not to say that he is the totality of divinity. What is wrong with the oneness view of God? It is based on a misapplication of Colossians 2:9.