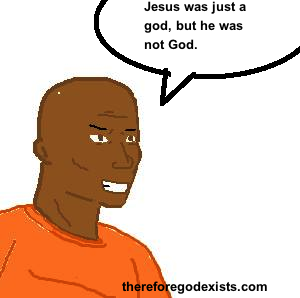 Was there a time when the Son was not? This is the view was represented at the Council of Nicaea by Eusebius of Nicomedia. It was regarded as so disdainful by the presiding theologians that they interrupted his speech, robbed him of the manuscript for his lecture and tore it to pieces. For he was advocating the view that Jesus was merely a creature of God’s. He was suggesting that Jesus was not YHWH. He was suggest that there was a time when the Son was not. 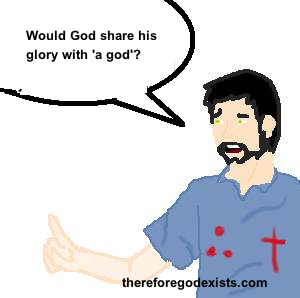 This belief erupted within the first few centuries of church history, spawning the Council of Nicaea. Many who do not study church history have a bit of a skewed conception of the proceedings of Nicaea. They think that the doctrine of the trinity was formulated, that the deity of Christ was conjured up by a few theologians. But, much like how the canon was developed in response to the Marcionist controversy, so also was the deity of Christ established in response to the Arian controversy. It was not that people did not believe in it prior to that point. But rather, it was formulated and made official church doctrine in response to the uprising of Arianism. But what is true? Was there a time when the Son was not? 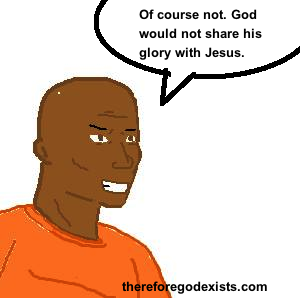 Divine Aseity. There are certain attributes or properties which are ascribed to God in both Perfect Being Theology (the philosophical musings that determine what it mean to be a perfect being) and in the Bible. One of these attributes is what is known as divine aseity. Divine aseity entails non-contingency. God is not dependent upon anything or anyone for his existence. He exists in and of himself, by the necessity of his own nature. This would contrast with the Mormon belief that God was once a man, who worshipped another being who he called God. But the Bible declares God to be self-existent. He exists by the necessity of his own nature. 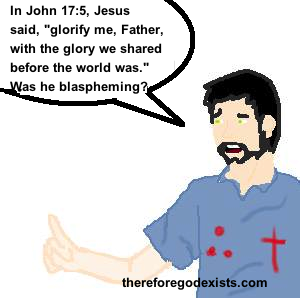 Recall Moses pressing God to reveal his divine name. God tells him, ‘I AM WHO I AM’ and He said, ‘Thus you shall say to the sons of Israel, ‘I AM has sent me to you.'” (Exodus 3:14). This is usually thought to be an expression of divine aseity as well as the proper name of God. It is quite interesting to note that Jesus applied this name to himself on a few occasions. Perhaps the clearest is John 8:58, wherein he tells the Jews, “Before Abraham was, I Am.” Again in John 8:24, he says, “Unless you believe that I Am, you will die in your sins.” Since Jesus was referring to the Septuagint, it is worth noting that the Greek term found in Exodus 3:14 was ego eimi was exactly what John attributed to Jesus. Was there a time when the Son was not? Well, it seems to me that Jesus claimed to be YHWH by attributing to himself God’s name and the property of divine aseity.

In response, one might be inclined to suggest that Jesus was God’s instrument in creating the world. Well, first of all, that would not account for the author of Hebrews referring to Jesus as YHWH and applying this creation psalm to him. Second, it does not seem like a biblical proposition to suggest that the Father had an assistant in creation. God says in Isaiah 44:24, “I am the LORD, who made all things, who alone stretched out the heavens, who spread out the earth by myself.” If YHWH created by himself, then Jesus did not assist him if he is not YHWH.

God does not share his glory. The unitarian will often try to reconcile the verses that clearly diagnose Jesus as God by suggesting that Jesus is a god . So when John directly calls him God (John 1:1, 1:18), what he intends to relay is that Jesus is a demigod. But if Jesus is a demigod, that would imply that some sort of polytheism was true. Polytheism is the view that there are multiple gods. Yet in the Shema (which is the proverbial thesis statement on the paper of Judaism) we see that there is only one God (Deuteronomy 6:4). The little gods that we are aware of are often referred to as gods for colloquial purposes, but it is clarified that these gods are actually idols (Psalm 86:5), they are deaf and dumb (Isaiah 44:19). But they are not worthy of our worship nor are they worthy of our following them.

If we are allowing the word god to be so flexible so as to include idols and demons, that is fine. But we have to make some distinctions clear. God does not share his glory with created things. He said explicitly “I am the LORD, that is My name; I will not give My glory to another.” (Isaiah 42:8). Yet Jesus does share the glory of God. He says in John 17:5, “Now, Father, glorify Me together with Yourself, with the glory which I had with You before the world was.” Was there a time when the Son was not? Jesus claimed to share the glory of the Father. If Jesus and the Father are not of the same substance, then he was a liar and a blasphemer. We are led to the conclusion, then, that the trinitarian model, which proposes that there is one God, eternally present in three persons, is more plausible.

Jesus is eternal. In 1919, observations were made during a solar eclipse which demonstrated that gravity bends light. This established Einstein’s theory of General Relativity. General Relativity assumes the space, time, and matter are interdependent. They came into existence together. There was not time before all things. This leads us to stunning theological implications. Paul writes of Jesus, “all things were created through him and for him. He is before all things, and in him all things hold together.”

Was there a time when the Son was not? Well if Jesus created all things, and he is before all things, it follows that he must be eternally existent. For time is a feature of the universe. Jesus must have been time-less, or eternal, and uncaused.

Jesus reveals the Father. How may we contemplate the character of God? Where can we see it in its’ fullest expression? John tells us in John 1:18, “No one has seen God at any time, but the only begotten God, in the bosom of the Father, he has explained him.” Jesus is the full expression of God. He is the explanation of who God is. If we want to know who God is, if we want to contemplate the character of God, we need to look to the person of Jesus.

Yet even after years of ministry, even Jesus’s disciples did not comprehend this. In chapter fourteen, Jesus tells his disciples, “if you had known me, you would have known my Father also, from now on, you do know him, and you have seen him.” The disciples must have been looking around at each other, confused (as they often did not understand a word that Jesus said). They probably whispered to each other, “we’ve seen God? Where?” They did not understand what he was saying to them. So Philip posed the challenge, “Show us the Father, Lord, and we will be satisfied.”

The text does not tell us how the Master felt when Philip said this to him. Perhaps he looked at him as a teacher looks to an eager student. Perhaps he looked to him as a friend to another. Perhaps he looked to him as a father looks to a son. Perhaps he was angry that Philip did not understand him. Perhaps he was hurt that Philip had not recognized him and could not understand what he was revealing to him. Jesus said what we find in verse nine, “Have I been with you for so long, and yet you have not come to know me, Philip? He who has seen me, has seen the Father.” Was there a time when the Son was not? Jesus was making a claim that nobody who was only a human being could make. He was claiming that in his character, in everything he demonstrated, in everything he did, he revealed who the Father was. In the person of Jesus, we see an explanation of who God is and how God interacts with the world. In this way, the disciples do not need to see the Father because they have seen, as Hebrews 1:3 says, “the radiance of His glory and the exact representation of his nature,” or as Colossians 1:15 says, “He is the image of the invisible God.”

Where is the church? It seems to me that if you want to suggest that there was a time when the Son was not, you would have to suggest that the church has underwent a great apostasy. For the supermajority of Christians have been taken in by the doctrine of the trinity. But that is not a slight divergence over the course of a few hundred years. It has been the doctrine of the church for the last two thousand years of its’ existence. The apostles failed to edify their disciples, for they began preaching what is the worship of a created thing.

The Holy Spirit did not sustain the church. He did not guide the church into all truth. He just let it slide into idolatry and heresy and fade into irrelevancy for two thousand years. He allowed generations upon generations of Christian theologians to give worship to a created being. Will Christ come back for these idolatrous people? Will he redeem them? That seems unthinkable. There would have to be a call to repentance and true faith in the unitarian God. But if that were the case, then, again, there is no church today. There may be a few minor sects scattered throughout the world, but in general, there is no church. Where is the church?

Concerning the biblical data, however, it seems to me that there is no question. Was there a time when the Son was not? Of course not. There is not even a crack through which doubt can seep.