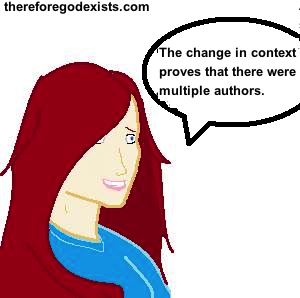 As biblical scholarship unveils mysteries within biblical history, many find themselves opposed, or discomforted by these revelations, for they contrast their traditional interpretations or seem to remove the divine from the Bible. When Christians encounter a development that explains what we previously regarded as a miracle with natural phenomenon, we tend to view this as pure anti-supernatural bias. We view it as liberal scholarship. We view it as men who do not think that God can work miracles. In this way, we repudiate these developments. While I view this movement as being motivated by piety, and in many cases, is a proper and biblical stance on truth, I do not think that we need to maintain it universally. For there really are some things that are natural phenomenon. One of the mysteries in biblical history that has been unveiled is the author of the book of Isaiah. How many authors wrote Isaiah? 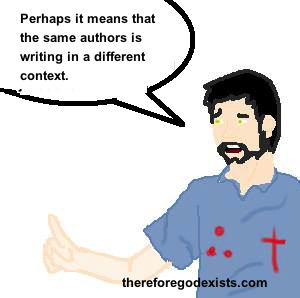 It is traditionally maintained that an individual man, the prophet Isaiah, composed his entire book, from beginning to end. But in the 19th century, scholarship developed what is known as the multiple authorship theory, which suggests that Isaiah was written over a period of about a century by several different authors. Typically, conservative scholarship prefers the singular authorship theory. But what is the proper biblical stance? How many authors wrote the book of Isaiah? 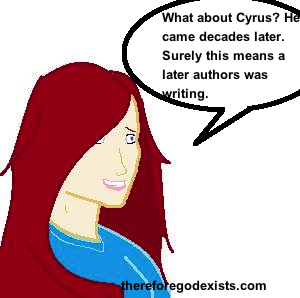 The change in context. During the first 39 chapters of the book of Isaiah, what we see is the message typical of the prophetic books in the Old Testament. God indicts his people with abominable sin and relays through his prophet the message that his wrath is imminent. But, if they repent, they will be restored and will avert disaster. Hence, throughout the first 39 chapters, God not only threatens his people and tells them that they have sinned against him, but also promises restoration and offers a vision of the idealized Israel that is reigned by truth and justice. This is what could be theirs if they turned to God in repentance. But as we voyage into chapter 40, a dramatic change in the tone and the context seems to appear. The statements of condemnation against Israel are lighter and scarcer. God is no longer offering them repentance and the opportunity to avert disaster. There are eschatological visions of hope. There are promises of restoration. But he is no longer threatening Israel. For in chapter 48:20, Isaiah says, “Go forth from Babylon! Flee!” Hence, the shift from a city under siege to a people in captivity renders apparent. This means that after chapter 40, the book of Isaiah is being recorded during the captivity of Israel. 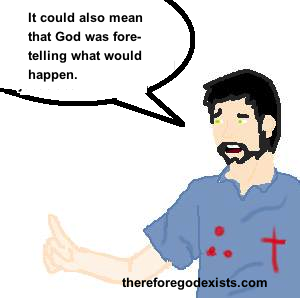 This change of context has led to a dispute in Christian circles about how many authors composed the book of Isaiah. Throughout church history, Christians have traditionally maintained that only one man, namely, the prophet Isaiah, wrote his scroll. But by the very nature of the breed of writing, we would not expect everything to be the same. For the scrolls of the Major Prophets are compilations of oracles, sermons, narrative event events, visions, et cetera. They are grouped together by broad themes. It may be tempting for us to think of the composition of Isaiah as akin to the composition of Romans, where Paul just wrote a letter. But that is not how it was written. Isaiah was given a number of different revelations, and he wrote them in different literary styles to convey different messages. So we should not think that chapters 1-39 are all of a singular literary style, and chapter 40-66 are of a different literary style. Rather, we should think that the book of Isaiah is composed of several literary styles. When the message of Isaiah changes from a promise of destruction, to a reflection on the destruction already endured, that should not necessarily lead us to think that there were multiple authors. Rather that there could have been one author who was writing in a variety of different circumstances. How many authors wrote Isaiah? I am not compelled to think that the change of context should induce the multiple authorship theory.

That is not to say, however, that the multiple authorship theory is wrong. It is just to say that it seems unwarranted if all we have to consider is the literary differences. However, that is not necessarily all that we have to consider. The multiple authorship theory would make sense in the historical context. If during captivity, the prophet Isaiah were to perish, the Israelites would read his scroll and see what it was incomplete, and hence, finish it. It is neither completely unthinkable nor unprecedented, for that is what we also see in the Book of Kings. The Israelites had a running record of the kings of Israel, and the designated historian of the next generation would record the actions of the king. Obviously, we are not compelled to think that the entire book of Kings was prophetic. Rather, it was just an ongoing written record of the kings of Israel. This would seem to set a precedent, then, for establishing the multiple authorship theory of the book of Isaiah. However, this precedent by itself is not evidence that Isaiah was, in fact, written by multiple authors.

The appearance of Cyrus. The multiple authorship theory would seem to draw support from the 45th chapter of Isaiah, where God calls Cyrus, the one who was to free Israel from its’ captivity, by name. He says that Cyrus is his chosen instrument. Since the Babylonian Captivity lasted for 70 years, and Isaiah was clearly an adult before the captivity, he was most likely dead by that point. If we are to account for the fact that Cyrus was named as God’s chosen instrument, we would need to say that there were multiple authors who composed Isaiah. Multiple authorship theory, then, seems to be strongly implied by the naming of Cyrus.

However, it is usually charged against the multiple authorship theory that it is maintaining an anti-supernatural bias. For God could prophecy Cyrus in advance. He could have given this as a prophecy to prove to the people of Israel that he is who he says he is. So the reason that we see Cyrus foretold is not that there were multiple authors, one of who was a contemporary of Cyrus. Rather, Isaiah, living years before Cyrus, foretold what was going to happen as a prophecy. By assuming that there must have been multiple authors, we are then assuming that God cannot prophecy and cannot work miracles. This would seem to shut down the argument based on the appearance of Cyrus. Indeed, one might be inclined to think that the appearance of Cyrus is a proof of divinity. After all, if Isaiah were written long before Israel was freed by Cyrus, then this would be a legitimate long-term prophecy.

Still, though, it is possible to interpret this within a multiple authorship paradigm. That is not an untenable approach to the text. In fact, a secular historian might suggest that as a tenet of history, they cannot invoke the supernatural to explain the text. They have to be scientific and adopt methodological naturalism. However, as committed Christians, we view Isaiah as a theological record of God’s interactions with his people. This would mean that we have no restrictions against the supernatural. At the same time, though, the committed Christian need not think it an act of piety to suggest that God is speaking at the beginning of the captivity as opposed to the end of the captivity. How many authors wrote Isaiah? It would seem to me that the naming of Cyrus is not conclusive evidence for the multiple authorship theory, even though it is possible for a committed Christian to interpret it within that paradigm.

What was the traditional interpretation? But how did the Jews approach this issue? Is there any indication in history? Do the Jews ever tell us where there was one author or multiple authors? Many suggest that in the 20th century, there was a discovery that resolved this issue. When the Dead Sea Scrolls were discovered, we found that there were preserved a number of ancient books of the Old Testament, dating from between 250 BC and 135 AD. Among them was the book of Isaiah. Most advocates of multiple authorship assumed that the scroll would only contain the first forty chapters of Isaiah. When it was revealed that the entire book was there, most thought of this as a victory for the single authorship theory. But I am not inclined to think that. After all, there was almost three hundred years to catalog the Isaiah text into one scroll. Further, the completion of the Isaiah scroll could serve to only indicate that the Jews viewed the second half as part of the same story. I do not think that the Dead Sea Scrolls resolve this issue.

However, there are still traces of Jewish tradition that might be able to help us to understand this controversy. The main and most authoritative one would be the New Testament. Jesus spoke of the prophet Isaiah and his work, so is there anything relevant there that be contributed to this discussion? Well, in John 12:40-41, Jesus quotes the book of Isaiah, one from the beginning of Isaiah, and the other from the end of Isaiah. Of this, he says, “This same Isaiah said…” Many suggest that Jesus is saying that the same prophet, the man, Isaiah, made both of these statements. But the multiple authorship theory would imply that Jesus was speaking of the scroll of Isaiah. This same book of Isaiah said both of these things.

The committed Christian, then, could take a decisive stance on which of these interpretations is more plausible and resolve this issue. I, personally, think that both interpretations are equally as likely. How many authors wrote Isaiah? Well, the tradition of the Jews in the Dead Scrolls does not offer the insight that many attribute to it. On the other hand, the New Testament might offer some insight, depending on your interpretation.

How many authors wrote Isaiah? With this overview of these competing theories, we seem to be left in a deadlock with both of these two theories being possible alternatives. Perhaps Isaiah made a long-term prophecy and named Cyrus. Perhaps Isaiah died, and somebody picked up where he left off, much like the chronicles of the kings of Israel. There is no reason to be dogmatic about either theory. Both theories are consistent with the tenets of biblical inspiration. There is no reason that a book with multiple authors could not be inspired. Other examples of books with multiple authors include 1 and 2 Kings, 1 and 2 Samuel, Deuteronomy, Numbers, and others. We just do not have enough historical data to determine which theory of authorship is true. But whether it is the prophet Isaiah, or a member of the Jewish community, it is still inspired text and we can still derive truth from it.