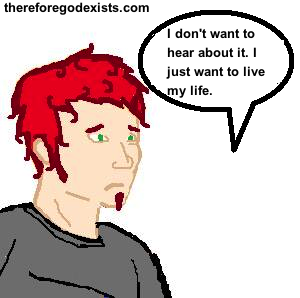 Christians have willingly accepted a subterfuge. We have accepted that we do not need to do anything or that there is nothing that we can do. I think there are at least 5 things Christians can do about abortion. Yet as citizens in a free nation, we walk through our lives with an unguarded semblance of peace. People will fall in love, hold hands, and laugh together. They will connect with one another and grow together. People will attend church and learn about Christ. Bonds of friendship begin to grow as we ride bicycles together, discuss literature and drink wine, watch sports, and play games. We may enjoy watching the sun peeking over the horizon as we go for a peaceful walk in the morning, or overlook the valleys and the distant mountains. Our world as Americans may be at peace and we may feel as though everything is at peace. 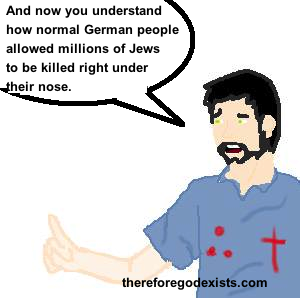 But as we are sipping coffee and enjoying the breeze, something is going on behind closed doors, almost surreptitiously. Babies are being suctioned out of their mothers, limb by limb, piece by piece, and their organs are harvested for profit. In some unique cases, the aborted baby will still be alive outside of the womb, and the doctor will bellow the chilling command, “Retrieve the heart.” Darkness seizes this baby as the knife pierces its’ body. That baby is cut into small pieces, its’ mangled body placed in a cloth and wrapped up as the doctors acknowledge that they have done a day’s work. Then they merge into the community and enjoy the peaceful serenity that the rest of the world has. I have juxtaposed these realities because Christians have acquiesced. They know what is going on behind closed doors and they choose to do nothing about it. Well, with the advent of the Center For Medical Progress’s sting videos, the time for apathy has passed. There are at least 5 things Christians can do about abortion.

1 – Do something. People are prone to close their eyes and pretend that nothing is going on in the world. They will turn off their television because their soft heart cannot handle the piercing news. Christians do not want to hear about abortion. They do not want to be reminded about what is going on behind closed doors. Thus their hearts become cold toward it. They forget about what is happening and they forget the emotional rage and the righteous indignation that is rightly theirs. They ossify spiritually and emotionally and just allow indifference to set in. I would like to suggest that if you allow yourself to be overcome by this state of mind, then you are comparable to the doctor in the clinic that is cutting their heart out. You are allowing it to happen because you know that it is happening and you do not care. You do not want to care. You have acquiesced. You have forfeited to them. In the last few weeks, an proverbial fire has been ignited in the hearts of the Americans as the Center For Medical Progress has exposed one of the leading abortion distributors in the world as peddlers of human brains. But it is not enough to be emotional. It is not enough to have that state of mind. I can be emotional about slavery, but if I am not doing anything, then what does it matter that I am emotional? Thus one of the 5 things Christians can do about abortion is to do something.

2 – Vote for politicians who abhor the prochoice ethic. As a society of thinking men and women, there is a desire to be balanced. There is a desire to find that politician who cares about all of the things that you care about. He agrees with your stance on foreign policy, immigration, gun control and all of the various issues. He might compromise a little on abortion, but that is okay because he said that he is anti-abortion but prochoice. Let me tell you something. That is utter nonsense. There is no such thing as anti-abortion and prochoice. If somebody is anti-abortion, it means that they recognize that the process of abortion is the murder of biological human beings. But they think that people should be allowed to do it anyway? These stances cannot be rationally aligned. There are things going on this country that take precedent. When babies are suctioned out of their mothers’ womb limb by limb and sold on the black market by a government-funded institution, there is no compromise that can be made. That is why one of the 5 things Christians can do about abortion is to give your vote exclusively to politicians that abhor abortion. 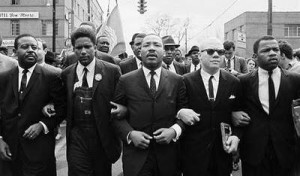 3 – Attend peaceful protests. I can understand why you would not want to attend a protest. People who attend them often do so with a mean disposition. They are only interested in shouting people down and proving that they are right. They are not interested in being loving, kind and open. There certainly are people like that. But there are also people who write books that misrepresent the views of others and smear good people. Does this mean that we should never write books? Certainly not. It means that we have to ensure that we maintain proper behavior. Civil and peaceful protests have been effective in the past to relay the message that We, The People have voices that deserve to be heard and that we know what is going on. We know what is going on and we assiduously declare that will not stand for it. If not for peaceful protests, social revolutionaries such as Martin Luther King Jr would not be enthroned in the halls of memory. Peaceful protests are part of the mechanism to inspired change.

4 – Be intelligent and understand the issues. Why do the abortionists believe what they believe? What sort of argumentation would they employ? Most of them are not malevolently laughing as babies are torn to pieces (even though some are pleased with that development as they can use it for mercantile purposes). Instead, most people have been engulfed by propaganda to the extent that they think it is acceptable to kill a baby. Many do not even realize that it is a baby because of the propaganda that is out there. When we talk to our prochoice friends, we need to understand the reasons that they believe what they believe. We need to engage with their reasoning and expose their errors intelligently. Read related books, such as Scott Klusendorf’s The Case For Life, which aims to equip Christians to defend the pro-life cause.

5 – Allow your love to be your seat at the table. It is not enough to be intelligent. While disconnected logical reasoning will impact some people, that is a minority of people. People often will not allow you affect them if they do not hold your moral opinion in high regard. They will just think, “Who is this person to tell me about my life? They neither know me nor care about me.” Many of us behave this way. We will not allow strangers to dictate our moral stances. Just think of the people in your life who are permitted to dictate moral stances to you. I would guess that this number of quite limited. If we want to gain a high moral repute among these individuals, we need to care for them and serve them and be friends with them. When we are friends with them, then we are inside of the house, at the table, discussing issues that matter. But when we are not friends with them, then we are pounding on the door, holding signs and screaming irrelevancies. Thus, one of the most significant of the 5 things Christians can do about abortion is to allow your love to be your seat at the table.