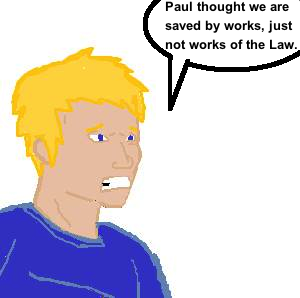 People are generally familiar and comfortable with a doctrine of salvation that says that we will receive the wages that are due to us. If we do good works, somebody will reward us for what we have done. It does not make sense that somebody would grant something to us as a free gift, an unmerited favor. Men want to work for things, they want to take credit for what they have done. Therefore, men want to have a role in their salvation. They want to be co-redeemers with God. They want to be God’s partner in salvation. With this model in mind, reading the letters of Paul will make people very uncomfortable. For Paul writes in Galatians 2:16, “…a person is not justified by the works of the law, but by faith in Jesus Christ. So we, too, have put our faith in Christ Jesus that we may be justified by faith in Christ and not by the works of the law, because by the works of the law no one will be justified.” In response, some people think we are justified by works, just not works of the Law. This means that Paul is excluding the works that are outlined in the Old Testament as capable of saving. But other works, such as the fruit of the Spirit (Galatians 5:22-23) can save. Are they right? Are we justified by works? 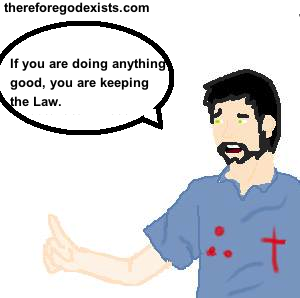 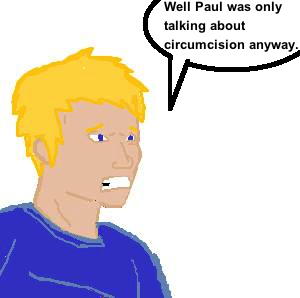 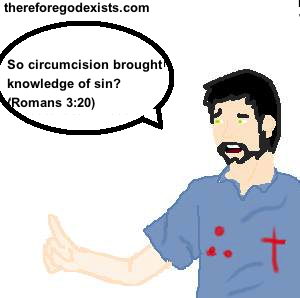 Is there a “higher order” morality? If we are justified by works, but not works of the Law, that would entail that there was a higher standard of morality that transcends the standard given by God. There are moral precepts that are of more value than that which is found in the Law. The question is where we can find them. They cannot be to love God or to love our neighbor, because these are laws. It seems that the only answer that is forthcoming is that it is written on our conscience. So we have are called to follow a standard of morality that is different for everybody, that can be changed based on culture and comported to circumstances as opposed to God’s perfect standard of morality. What good reasons are there to think that God would replace his law with our conscience? Why would that even be necessary, when Paul wrote in Romans 7:12, “So then, the Law is holy, and the commandment is holy and righteous and good.” Some people think we are justified by works, just not works of the Law. But if the Law is holy and the commandment is holy, righteous, and good, then why should we think that there is a higher order system of morality that justifies us? Why would we not be justified by the Law if the Law is holy, righteous, and good?

“For by grace you have been saved through faith; and that not of yourselves, it is the gift of God; not as a result of works, so that no one may boast.” Ephesians 2:8-9 Aside from Paul’s masterful treatise in the book of Romans and his impassioned rebuke in the book of Galatians, the second chapter of Ephesians is where the gospel is clearly presented. Paul explicitly denies that we are saved by grace through faith, and not of works. Of course, some people think that we are saved by works, just not works of the Law. The problem is that Paul negates any works by saying that this salvation is “not of yourselves.” If salvation is not of yourselves, all works are eliminated. Salvation is solely a gift of God.