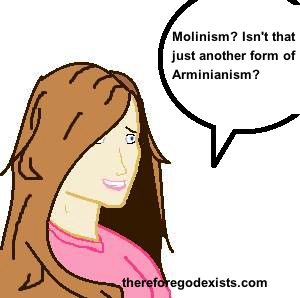 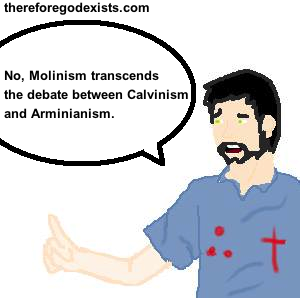 God is sovereign over his creation. Molinism (whether reformed or not) should be introduced with its’ central thesis statement of the sovereignty of God. A sacrifice to the sovereignty of God is a sacrifice to his character and his essence. As Nebuchadnezzar said in Daniel 4:34-35, finally recognizing the sovereignty of God, “His dominion is an eternal dominion; his kingdom endures from generation to generation. All the peoples of the earth are regarded as nothing. He does as he pleases with the powers of heaven and the peoples of the earth. No one can hold back his hand or say to him: ‘What have you done?'” Similarly, Isaiah said that the nations are like a drop in a bucket (Isaiah 40:15). Often the Arminian will look to such passages and think that God is sovereign over the major events but leaves the minor events to us to determine. But the Reformed Molinist regards that as a deficient model. God is sovereign over everything, from the movement of a quantum to particle, to as Luis Molina said, the falling of a leaf from a tree. He arranges every seemingly random event in an effort to bring about his ultimate will. What is Reformed Molinism? Reformed Molinism begins with the thesis statement of the sovereignty of God. 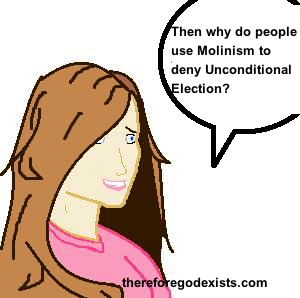 God’s anthropology contains libertarian freedom wrought by his middle knowledge. The Molinist believes that God is sovereign over his creation and accordingly is sovereign even over the free choices of men. The person who glances at the surface of these doctrines might think that they conflict with one another. For how could God be sovereign if man is free? But the introduction of Molinist thought could serve as a potential resolution to this problem. We maintain that it is possible for God to put his creatures in situations wherein they would freely bring about his ultimate will. Accordingly, God knows what his creatures would do give any possible circumstance, and he arranges the world in such a way as to bring about his will using their free choices. God will put men in situations where they freely choose to do his will. That is part of what it means to predestine world events. 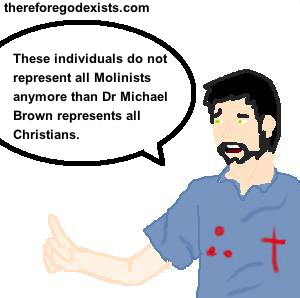 This model shines forth in passages such as Genesis 50:20, as Joseph tells his brothers that what they intended for evil, God intended for good. Similarly, God used the Assyrian army to bring his wrath upon Israel in Isaiah 10, and then he punished the Assyrians for the crimes that he predestined them to commit. Isaiah 45:7 tells us that God brings forth good and evil. Likewise, at the cross of Christ, as the Romans crucified the Lord of Glory, exhibiting the most thorough wickedness and coldness in human history, and yet it was predestined to occur from eternity. In all of these situations, God put humans in situations knowing that they would freely choose to bring about his will, whether what they did was good or evil. For what they did fulfilled God’s purposes. What is Reformed Molinism? Reformed Molinism is the view that God used his knowledge that these people would do something evil given certain conditions and that it would ultimately result in a greater good. This knowledge of what we would do in different circumstances is known as middle knowledge, and via this knowledge God arranges the world in such a way that his creatures will bring about his ultimate will.

God’s freedom in salvation. Often people will employ Molinist thought so as to avert some of the implications of Scripture that are chauffeured by God’s election. Some men such as Doctor Craig will suggest that God has actualized the world in which the highest number of people will be saved. This led Doctor James White to suggest that Molinism has God engaging in some sort of numbers game wherein it does not matter who is saved, so long as a lot of people are. This is not what the Reformed Molinist is saying. The Reformed Molinist is not saying that God wants the highest number of people to saved, for that would stand in contrast with the personal election that we see in the biblical data. As Ephesians 1:4 reads, “For he chose us in him before the creation of the world to be holy and blameless in his sight.” We know that this is a description of personal election because in verse one, Paul specifically says that his letter is addressed to God’s holy people in Ephesus, the faithful in Christ Jesus.” (v. 1)

Similarly, we will appeal to the great seminal texts of the reformation, such as Romans 9 and John 6 to establish that God elects his people unconditionally, not based on their freedom of the will (Romans 9:19) but based on the counsel of God’s will (Ephesians 1:11). This means that God does not employ his middle knowledge in salvation. It would be a useless resource in the salvation of his elect, because in every possible circumstance, everybody would freely choose to deny God apart from his irresistible drawing and regeneration. So a person only has faith when God makes them a new creature (1 John 5:1) for the unregenerate are not spiritually minded and cannot turn to God (1 Corinthians 2:14).

Molinism transcends the debate between Calvinism and Arminianism. While it is often used to support Arminian soteriology, it would be inappropriate to associate Arminianism with Molinism, for it is wider than that. If a person is a Molinist, that is sort of like saying that they are a Protestant. Their Molinism does not entail that they are an Arminian or a Calvinist. In fact, I sometimes describe my position concerning soteriology, and am called a “Calvinist heretic.” No matter how much I deny the “Calvinist” label, Arminians, semi-Pelagians and Pelagians are keen to continue applying it to me. Similarly, no matter how I deny the “Arminian” label, Calvinists are keen to continue applying it to me. It is because when one uses certain language or introduces certain concepts, people load everything that they have encountered in the past into what you are saying. If I say that I am a Molinist, they will assume that I agree with Doctor Craig about every point. But that is a misunderstanding of Molinism. Molinism transcends the debate between Calvinism and Arminianism. What is Reformed Molinism? It is Molinism with reformed soteriology.

How do we know that Molinism is true? It should be noted that Molinism is an exercise in philosophical theology. This means that it did not fall down from heaven. It is an interpretation of certain truths that we have drawn from Scripture. It is akin to models of the incarnation, such as Classical Christology or Reformed Christology. These are reflections upon Scripture, but they are not derived strictly from Scripture. This goes to say that the Molinist is not saying that Molinism is certain. We are just saying that it is a possible model. What is Reformed Molinism? Reformed Molinism makes the humble claim that it is possible for God to possess a libertarian anthropology that he actualized using his middle knowledge.

On Wednesday, 9/9/2015, at 9:30 PM ET, Zachary Lawson and I engaged in a debate with TurretinFan of Alpha and Omega Ministries and Josh Sommer of Seeing God Ministries about whether Molinism is true (You can watch it here). We presented several arguments in favor of Molinist thought and interacted with the Grounding Objection and several other objections. After the debate, I plan to post more arguments for Molinism on this blog. So, watch the debate and continue following the blog for more content.