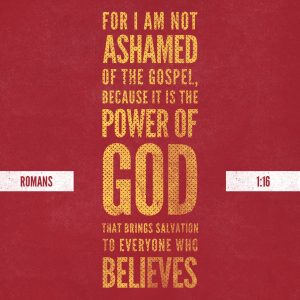 Hello ThereforeGodExists audience! According to WordPress statistics, people are still finding my website from Google or just typing it into their browser hoping I have updated. The last post that I wrote was over a year ago. Between working full-time and finishing a masters degree, I just have not had the energy to write any new blogposts. Also, my interest in apologetics has been waning over the years. I think that theology is far more important. Ideally, I’d like to write at least one post every couple of weeks, but it would likely be about theology rather than apologetics. Writing keeps my mind sharp. The moniker ThereforeGodExists has become my brand, so I will keep it. Nonetheless, I think there are some circumstances in which Christians should apologize for using apologetics.

This is not a treatise for presuppositionalism. I still think that presuppositionalism does not work as an apologetic methodology because even if the argument works, it may still be the case that Christianity is false. Rather, what I am referring to is the broad use of apologetics, especially as it relates to engaging with atheism. In a previous post, I explained that apologetics is largely unnecessary, and that at least one of the key texts about apologetics has nothing to do with it. In a future post, I might go into more detail rebutting the general case for the biblical warrant of apologetics. Today, I would like to discuss one thing in particular that has convinced me that apologetics is not particularly useful.

The gospel is the power of God

Over the years, I have spent a lot of time and energy on Christian apologetics. I have gone onto YouTube Channels, especially The Great Debate Community to debate atheists and in general defend the Christian worldview. I’d also spend time in Facebook groups and on Twitter (until they unceremoniously locked me out of my account – not suspended, mind you, my account was just locked). Something I noticed was that if I wanted to debate atheists, I had to go on the internet and look for them. Outside the internet, I very rarely encounter them, and I very rarely encounter anyone who is worried about issues related to atheism. What they are worried about are the central questions that Christianity answers.

What I came to realize is that for most people, apologetics answers a question that they really are not asking. From my experience, what they ask is, “I have done a lot in my life. Aren’t I too far gone for forgiveness?” or on the other side, “God is a God of mercy; I’m not that bad. Do I really need forgiveness?” No matter what they are thinking or what they are worried about, the apostle Paul tells us that he is not ashamed because the gospel is the power of God. There are likely different reasons that Paul says that he is not ashamed. In other contexts, Paul is quick to point out the Greek philosophers would call the message of the cross “foolish.” He may be emphasizing this here because his audience would be comprised of Greeks, who would be sensitive to the philosophical mindset of Greek culture [1].

I am pointing this out because you might be thinking something like what I would have thought. “Yes, the gospel is the power of God. But sometimes we need apologetics to get to the gospel.” But in this letter, Paul is giving his presentation of the gospel. Of course, he was not giving a “random audience a random overview”[2] of the gospel. It was specifically designed for a Grecian audience who was sensitive to Grecian wisdom. In this very context, Paul writes that the gospel is the power of God. Why is it that our situation is so much different that we must have the wisdom of the philosophers before we can present the gospel? Perhaps it is time for Christians to apologize for using apologetics and just go back to basics: just preach the gospel.

The doctrine of original sin is a trait of most orthodox forms of Christianity. There is something inside of mankind that inclines us toward sin and unrighteousness. Even if we are not evil in the sense that we are actively pursuing to harm other people every day, we still sin and break the commandments daily (1 John 1:8). Our natural state is to not choose God. Ephesians 2:1-3 tells us that before salvation, we are “dead in sin and transgressions,” “following the course of the world,” and “by nature children of wrath, like the rest of mankind.” If you approach someone who is dead in their sin and transgressions and tell them about the fine-tuning of the universe or the transcendental argument, they might think it is an intriguing concept, but ultimately they are going to continue to follow the course of the world.

Many commentators understand this passage to mean that one is literally under the control of the evil ways of the world, and not only the world, but also Satan [3] because they live only to gratify themselves. If somebody is under the power of sin is given a presentation of apologetics, they are going to continue in the power of sin. Most people are going to fall into one of two categories. First they will think, “I don’t feel like looking into this” (that is the majority of people). The other will go onto Google and look up Bart Ehrman or Richard Carrier.

An apologist is going to read that and say, with all of the flare of a bona fide philosopher, “Ah, but you are presupposing naturalism, for God may use apologetics to bring people to repentance.” Sure! That is certainly true, God can do as he likes. But that is not the modus operandi outlined in the Bible. So then, how does somebody go from death to life, to following the patterns of the world to walking on the narrow road? Paul tells us that the gospel is the power of God. In Ephesians 2:8, he writes, “For by grace you have been saved through faith. And this is not your own doing; it is the gift of God.”

The crux of the matter becomes whether apologetics defines your theology. If it does, then you might find yourself leaving the doctrine of original sin behind.

A note of encouragement

I am not challenging the arguments. I fully support the Cosmological Argument and the others that I have used on this website. I think they are rational and are more persuasive than the rebuttals. But ultimately, sinners do not respond to rational arguments because they are dead in sin.

I do not know what your experiences are. Maybe none of this rings true in your experience; maybe you go out every day, not on the internet, but in real life, and meet people who refuse to come to faith because they are convinced that the universe was not designed, and your examples of fine-tuning wins to them to the faith. I don’t think so, but maybe this happens for you regularly. Today, in 2019, people are more likely to be worried about politics than religion. The best place to share the gospel is in the context of a relationship, ongoing, in person. Paul wrote letters because he had to; he much preferred to visit face to face. There, in the context of mutual respect and care for one another will the gospel be best received. Go out and share the gospel, make disciples. Focus on the Bible and how you can explain your faith rather than how you can defend it.

Why Christians should apologize for using apologetics

Apologetics can be very useful and thought-provoking. For a while, I was convinced that apologetics brought me to faith. But the truth was that I was already thinking about the faith. Apologetics did not convince me; I was already convinced. It just helped me to think about spiritual things. But for a while before I was saved, I thought more about cosmological arguments than I did about the gospel. It is ultimately the gospel that is the power of God. All we need is faith; we do not need all of these arguments.

A comprehensive case for fideism is forthcoming. Ideally, I will have it posted sometime in November.

Why Christians should apologize for using apologetics