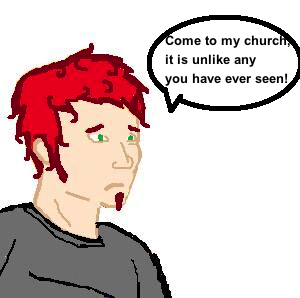 When a long time member of the body of Christ begins to explore new churches in the area, they are sometimes surprised at what they find; the great contrast between the systems of worship in other churches and their own church. Some denominations seem very ritualistic, bowing to candles before the altar, making the Sign Of The Cross, and some even speak in what they regard as angelic tongues very loudly during worship service. If invited to a church such as this, the person who invited you might say something like, “we are unlike any church you have ever been to,” usually with an aura of pride at their extravagant expression of faith. Though, the question that we find ourselves asking is whether it is biblical. So should we speak in tongues out loud? 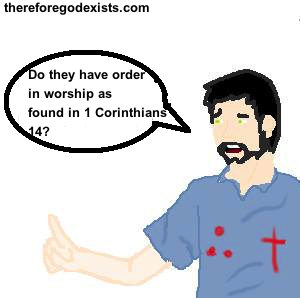 This sort of disorder in worship and sort of just letting loose without any rules is often what leads people to be carried away by their emotions, something like how some charismatic churches might laugh uncontrollably, act as though they were literally intoxicated, make animal noises and they may sporadically start to twitch. It becomes more of just an expression of energy rather than an expression of praise. I sort these behaviors with loud tongues during worship service because they are all examples of disorder during worship, and this is something that Paul very clearly explained in the book of Corinthians.

In 1 Corinthians 14, Paul speaks of the value of edification of both oneself and of the church. To edify the church and oneself is obviously a greater feat than merely to edify oneself, so that while speaking in tongues may edify you, it does not edify others (v. 4-5). Indeed, in the absence of some sort of revelation or prophecy, tongues do not have any benefit to the body at all. They are something like a lifeless harp that does not give distinct notes (v. 7).

Therefore when we speak aloud in a language that is unintelligible, we are just speaking to the air (v. 9). Notice, that is not to say that we are not speaking to God. We are speaking to God, however when we exhale an unknown language in public, it does no benefit to those who hear it. It does not benefit anybody nor does it bring edification to anybody. In that way, Paul argues, it is something like speaking to the air. While it is a good thing for us to be eager for manifestation and fruits of the Spirit, we should seek those that benefit the body (v. 12). To speak in tongues before the body of Christ is something like if we were to speak in Chinese before a group of people who only spoke English. They cannot understand, so it is without profit.

Indeed Paul even argues that if we speak in a tongue that we cannot understand, it cannot even edify ourselves, because we do not know what is being said (v. 14). He goes on to say that we should praise God in both the Spirit and the mind (v. 15), which is to say that when we praise, we should know what we are saying. So if we are to speak in tongues, we should also pray to learn to interpret (v. 13) or praise in a language that we understand, and that others understand, so that they are able to say “Amen!” in agreement (v. 16). He concludes that it is more profitable to speak five words in a language that is understood rather than ten thousand in a language that is not understood (v. 19)

He goes on to compare speaking in tongues out loud to immaturity (v. 20) and explains that the purpose of these tongues is not only to edify the body of Christ, but to serve as a call to lost sheep (v. 22). If we speak in unintelligible tongues, those who are first time visitors will think that we are out of our minds and will leave the church (v. 23), but if we interpret the tongues and prophecy, and reveal things about them by the unfathomable wisdom of God, they will praise God (v. 25). That is why in John 4:18, Jesus told the woman at the well that she had five husbands in her lifetime, rather than speaking in an unintelligible language.

So what is the solution to this conundrum? Paul pointed out a problem with the behavior of the men in the church, which is also a problem even in contemporary churches, but what is the solution? Well, by the authority of the Holy Spirit, Paul set down a system of order in worship. When we come to church, speak in tongues and give prophecy, there must be order in the manner that we do it, lest we be unprofitable. Everything that we do has to be for either the edification of ourselves or for the body of Christ (v. 26).

He commanded that if people are to speak in tongues, there should only be two, ideally, and three at most, for each church service, and they should take turns speaking, not yell out collectively (v. 27). But as he explained before, if these people are just speaking unintelligibly, it will not benefit the church for them to speak aloud. Rather, if there is nobody to interpret, those who speak in tongues should keep quiet (v. 28). Their prayers should be kept between themselves and God, because they are of no benefit to the others in the church.

Paul argues that collective and loud tongues are confusing, and God is not the author of confusion (v. 33). Note well that he is not saying that we should stifle the Holy Spirit or resist the gifts that are given, but rather he is saying that there needs to be order in worship. We should desire prophecy, and desire spiritual gifts, but there must be order in worship.

So when somebody tells you that their church is unlike anything you have every seen, ask them if it follows the prescription of order in worship as outlined very clearly in 1 Corinthians 14.