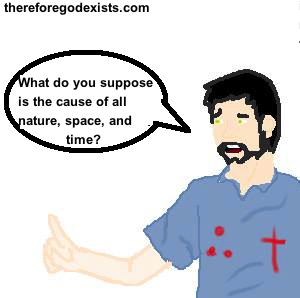 There are certain fundamental questions which will eventually arise out of any intelligent life form. Men will ask themselves why it is that they exist, whether their life has meaning, value, or purpose. The greatest philosophers throughout history have attempted to answer these questions, and questions about the entire known universe. Questions about why anything at all exists, and how a finite universe could exist causelessly have pressed upon the mind of some brilliant thinkers in mans’ history. When spelled out syllogistically, this is what is known as the Kalam Cosmological Argument (KCA).

Indeed even prior to the advent of modern science, the KCA warranted critical thought from men such as the Islamic philosopher Al-Ghazzali. It also manifested in Aristotle’s work represented as the First Cause argument. In recent decades it has been empowered once again by the contemporary Christian philosopher Doctor William Lane Craig and is often regarded as a powerful argument in favor of the existence of a personal transcendence. 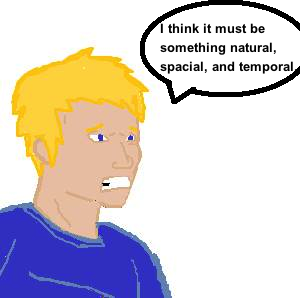 The Kalam Cosmological Argument moves from the absurdity of a universe coming into being, uncaused out of nothing, to the reality of the finitude of the past in the actual universe, and from this it follows necessarily that the universe had a cause. At this point, it is shown that the cause of the universe must have particular traits, all of which constitute God. The argument is formulated as follows:

1 – Everything that begins to exist has a cause.
2 – The universe began to exist.
3 – Therefore, the universe had a cause.

Everything That Begins To Exist Has A Cause

This is what is known as the law of causality, and it can be found in the most standard encyclopedia of philosophy. It is essentially to say that if something came into being a finite time ago, it is reasonable to conclude that it had a transcendent cause. Easily, it could be seen how this might be regarded as a basic belief, or one of the beliefs that is the foundation of the rest of our beliefs, which we learn as we begin to cognitize. Obviously, if somebody proposes that something just popped into being, uncaused, out of nothing, we would regard that as absurd. This is something that even the atheist physicist Doctor Peter Slezek admitted, as he said, “Only in academics could people be so ridiculous. Such claims, if made seriously outside of the seminar room would be evidence of clinical derangement.”

Despite that, many atheists have attempted to avoid this argument by saying that some things could pop into being, uncaused, out of nothing. This is the position of the atheist philosopher Quinton Smith, who said that the most rational position for the atheist to accept is that the universe came from nothing, by nothing, and for nothing. This exemplifies to consequences of denying the law of causality, for it fundamentally alters the world in which we live. Things do not just pop into being uncaused out of nothing.

The Universe Began To Exist

As I explained in my introduction, the Kalam Cosmological Argument has been defended even before the advent of modern science. This premise has often been defended by appealing to philosophy. When I say this I mean that we imagine what it would be like if an actual infinite number of things were to exist in reality, because they always lead to logical absurdities (Note well that I am not saying that the infinite cannot be applied as a concept in mathematics. Instead I am saying that if the infinite were the exist in reality, it would lead to absurdities).

This is something which one of the greatest mathematicians of the 20th century, Doctor David Hilbert acknowledged in saying “The infinite is nowhere to be found in reality. The only remaining role for the infinite to play is solely that of an idea.”

Hilbert offered one of the most famous examples of an infinite in reality known as Hilbert’s Hotel, which is defined thusly. Suppose there was a hotel with countably infinite rooms, all of which are occupied. It is tempting to think that in a hotel with no vacancies, they would not be receptive to new guests.

But suppose a new guest does arrive. Since there are an infinite amount of rooms, they can accommodate this new guest moving the person who is in room 1, to room 2, the person in room 2, to room 3, and so on. The new guest will go into room 1. By repeating this procedure, Hilbert’s Hotel can make room for any finite number of guests, despite that all of the rooms were occupied.

But this is obviously paradoxical, for we cannot have both vacancies and no vacancies. Therefore the infinite, in reality, leads to absurdities. David Hilbert could not have an infinite amount of rooms in his hotel. But in reality, one can have as many rooms as they can afford. That is why the infinite is reduced to a concept in our minds, but does not exist in reality. Since past events are real, it follows necessarily that the number of past events could not be infinite.

This discovery has been supported by modern science as well, as demonstrated by the Borde-Guth-Vilenkin theorem which demonstrated that any universe that is expanding must have had a finite beginning (even a multiverse). As Vilenkin said, “It is said that an argument is what it takes to convince reasonable men, and a proof is what it takes to convince even an unreasonable man. With the proof now in place, cosmologists can no longer hide behind the idea of a past-eternal universe. They have to face the problem of a cosmic beginning.”

Therefore, The Universe Had A Cause

Therefore, the cause of the universe must be a supernatural, timeless, spaceless, immaterial, powerful, intelligent, and personal entity. Therefore, God exists.

(Note well that this does not necessarily prove the existence of the Christian conception of God. The question of who this God is just left open for future inquiry.)

One Thought to “The Kalam Cosmological Argument”