As is the case with most Christian cults, the Oneness Pentecostal church rejects basic scriptural theology, regarding the trinity as condemnable and abhorrent heresy. They falsely tell their parishioners that the trinity is the view that there are three gods. But this sort of lie is consistent with most cult groups, and as one would expect, we find that sort of thing in other places in their bibliology.

As repulsive as their misrepresentation of the trinity is, they also preach that other denominations do not believe in the Holy Spirit. They teach ritualistic salvation, wherein people have to say chants and magic formulas, and unless they do that, they cannot be saved. They even impose legalistic strictures upon their members. From every angle, it is very difficult to distinguish between them and a Mormon group. 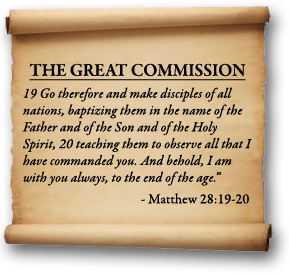 This radical doctrine is based on the Acts of the apostles, most frequently they cite Acts 2:38 as evidence for this claim. But the problem that I would see with this would be that when the apostles baptized “in Jesus name,” that is not to say that they literally recited those words.

Rather, to be baptized in the name of Jesus means to be born again in him; as Romans 8:29 tells us, to be conformed to the image of the Son. The words that we say are pretty much irrelevant, I do not see why somebody would have to say anything at all when they were baptizing somebody. To recite those words is merely an oral expression of being a new creature in Christ. If we are to make it necessary for salvation, we alter salvation to include Pagan chanting, or a Wiccan formula. The words which the baptizer says are not relevant. 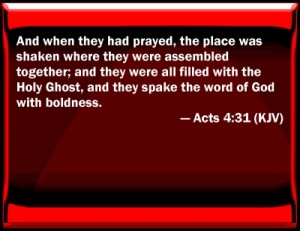 This teaching is a consequence of the fact that they believe that angelic tongues are an essential evidence of the indwelling of the Holy Spirit. Since other denominations reject this heresy, they say that therefore, they reject the Holy Spirit. Most Christians, when they read this statement, will wonder where in the world they could get such a doctrine that angelic tongues is essential to salvation.

Well it is pretty much from the book of Acts, wherein the early church was getting off its’ feet and God provided them with many miracles to convince nonbelievers, including tongues. But if we look at these examples… these people were not speaking in angelic tongues, they were examples of non-Galilean speakers instantaneously learning Galilean dialect by the work of the Holy Spirit. Further, and critically, in Acts 4, we see an example of people who receive the Holy Spirit and do not speak in tongues.

As a sort of ad hoc measure of avoiding this death blow to their doctrinal system, they will say that there are different kinds of tongues. The tongues which are known as edification tongues are the one which they teach is essential. But let’s examine that.

So in the beginning of verse four, Paul makes it clear that he is referring to the edification “class” of tongues (if there is such a thing), and he goes on to say that not all Christians can do it. I am thankful for the counter-cult apologetics of Paul the apostle.

Often a Christian cult can be seen clearly by just taking a look at their doctrine or listening to one of their sermons. But in an effort to effectively relay their cult status to the rest of us, the Oneness Pentecostal church has adopted a legalistic dress code for their men and their women, and a sort of enforced modesty in every aspect of their life.

Their female parishioners are taught that to be members of the church, they must wear long dresses (typically that extend passed the knees), and never cut their hair, ever. In contrast, men are told in a similar manner to keep their hair short. The church members are told to not own a television, and in some of the more extreme Oneness Pentecostal groups, these strictures are regarded as anathemas.

The reason that the Oneness Pentecostal church is so popular in the west is its’ charismatic preaching. Most Christians will be fooled by this group since it bears the name Pentecostal, and they will think that it is just another denomination who happens to hold rivaling views. But it is not just another denomination. It is a cult group. We can see that simply by looking at their rejection of the biblical gospel and their legalistic tendencies.