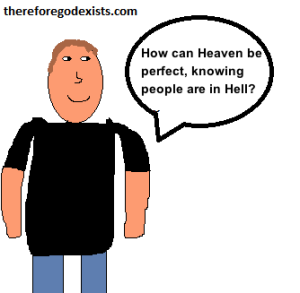 When confronted with certain doctrines, we will often attempt to judge them within a naturalistic backdrop. Such an attempt to criticize or reconcile a biblical doctrine will often lead to confusion or inadequate answers. So the same in our reasoning about the afterlife, as is even reflected in the gospels when the Pharisees asked Jesus who a woman that was widowed multiple times would be married with the afterlife. Today we see a similar sort of objection from those who reject the gospel, as they raise questions such as How could Heaven be perfect if others are in Hell?

Just think about it: suppose you are in some sort of utopia, and you know that there are others who are in Hell being tormenting, and there is no escape for them. Our conscious may cry out for us to want to rescue them on a superficial level. However, on a superficial level, I also sometimes feel pity for prisoners when I see them crying about their future in prison. 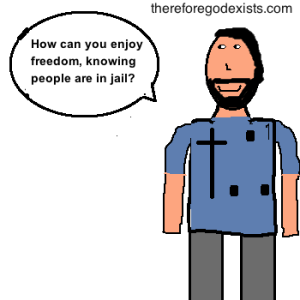 The question of how could Heaven be perfect if others are in Hell? seems to me to be similar to asking, how can we enjoy freedom, knowing that people are in prison?

Although I think it is a question that deserves an answer. When we conceive of Heaven, we often conceive of being unburdened by our physical disabilities, amazing family reunions and so forth. But then we are confronted with questions such as whether we will feel pain relative to the passions of our human life, as some of those passions may continue on and the existence of Hell will also continue on.

So how can we resolve this problem? Do we merely say that it is not our problem, coldly turning a blind eye the innocents who did not pray the right prayer or get as lucky as we did? I should think not.

Who Deserves To Go To Hell? 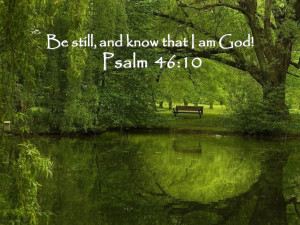 There is a common misconception among people that only child molesters, terrorists and the very immoral people of the world go to Hell. Those of us who lived a pretty decent life and always met their personal moral obligations and boundaries will go to heaven. That is not scriptural at all.

Instead, God would be just to send me to Hell. He could have offered no plan on salvation to men and abandoned all of them to perish, drinking the cup of his wrath, and he would still be just and good. God could have brought his wrath upon me, and because of my sin, he would be just in doing so. But instead he took his wrath out on his only begotten Son, so that those of who put our trust in him are no longer subject to his wrath.

Therefore the answer to the question is that those who are in Heaven trust in God to do what is right. As Daniel 4 reminds us, there is nobody who can hold back God’s hand or say “what have you done?” His judgments are righteous judgments. How then can we dare rebel against a righteous judgment? It is something like rebelling against the superior courts’ righteous judgment to convict a guilty criminal.