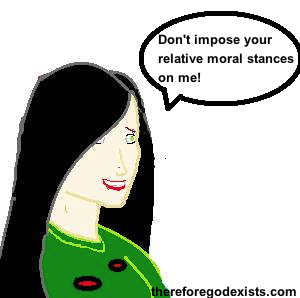 It is usually thought that moral values are sufficient to motivate people to act in a certain way. If somebody points out that some action is wrong, it can convict that person to annul whatever the immoral behavior was. Those who are in jail are there because they have done evil actions. But recently, there has sprung up a philosophy which allows us to say that the difference between right and wrong is relative to each individual, and there is nobody to tell us what is ultimately right and what is ultimately wrong. This is known as moral relativism. So is moral relativism true?

Moral relativism is contrasted against moral objectivity. Moral objectivity is the view that I described above, namely that a moral duty is intrinsically good or evil, even if everybody in the world disagrees. I might appeal to extreme examples to illustrate this point, 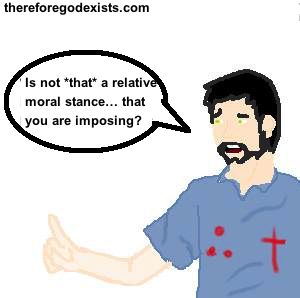 such as that people who believe in moral objectivity believe that it is morally better to love a child, rather than rape and torture a child for fun, and this is true, even if everybody in the world disagrees. The person who believes that morality is relative might say that while it is a sad state of affairs, the distinction between loving and torturing a child is just a matter of opinion, when considered as a moral question.

People are willing to take this stance, usually because of the theological significance behind moral objectivity. If it is true that actual good exists, and actual evil exists, then that would mean that there existed a standard of morality that transcended human beings; an ultimate good to whom we are all accountable. But if we say that there is actually no such thing as good or evil, that it is all a matter of opinion, then there is no need for a transcendent standard of morality to account for our perception of the moral realm.

So is moral relativism true?

Life Under The Sun

Nobody lives as though moral relativism were true, and this point can be illustrated by both our actions and our reactions. In our daily lives; our political stances and our relationships, we often behave in a way that reflects an ultimate good that we think we are aligning with. Those of us who are in a relationship do not cheat on the person that we are with, not because it is our opinion that it is wrong, but because we know that cheating is wrong and it would be wrong to put somebody through that. If it were comparable to an opinion, then there should be no problem in just changing our minds about it. Thus in our actions in our every day lives, we can see that our moral decisions are more than just a matter of opinion.

But this becomes even more obvious when reflecting upon our reactions. Those of us who are in a relationship and who hold to the confines of fidelity would be devastated if the person that we were with had cheated on us. We would angrily and rightfully accuse them of immorality and betrayal. But if they believe in moral relativism, what will they say? I do not believe betrayal and cheating is wrong. You need to be more tolerant of other peoples’ opinions and less bigoted. If we believe that moral relativism is true, then there is no way that we could falsify this claim. They are right, their moral stances are just different than ours, but there is nobody to say that cheating, lying, and betrayal are wrong.

This can be exemplified in every aspect of life. If some guy on the street punches me in the face and steals my wallet, everything in me will cry out to accuse him of immorality. He is a thief. But alas, if moral relativism is true, I cannot. We are confronted daily with a standard of morality that transcends us. To deny such a fundamental part of life is to live in absolute absurdity.

The Law Of The Land 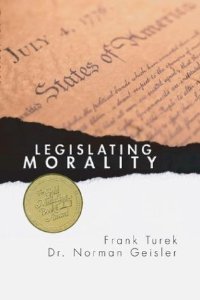 Indeed even our legislations come back to a transcendent standard of morality, for we do not legislate opinions. When lawmakers decided that murder should be legislated against, they were not reflecting their opinion, but rather they were imparting a restriction that would cause the flourishing of their people. As such they were appealing to moral objectivity, because a law that causes the flourishing of the people is what they regard as right, while a law that degenerates the people would be what they regard as wrong.

This type of thinking can be extended even to modern courtrooms, as we see our elected officials attempting to reason to conclusions that are ultimately the constitutional stances, because to seek what is constitutional is more moral than to see what is unconstitutional. (By the way, suppose the judges were corrupt and sought to overthrow the government – how could we say that they were behaving immorally if moral relativism is true?)

People often seek to take the relativist stance for the sake of their personal philosophy. The obvious problem being that nobody can see it through, nobody can follow moral relativism to its’ logical conclusions. Nobody can live as though moral relativism were true, and everybody believes and lives as though that there is a transcendent standard of morality.

We can see that in everything that we do. Next time a friend of yours tells you that they believe in moral relativism, perhaps do not engage the point immediately. But rather wait until a time when they express moral outrage at a political opinion or anything in life. Then pin them with the question of whether the action or decision is morally wrong, or if it is just their opinion.