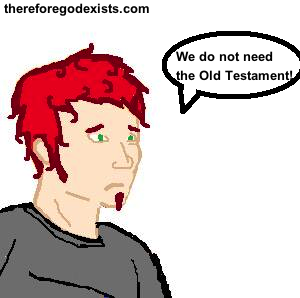 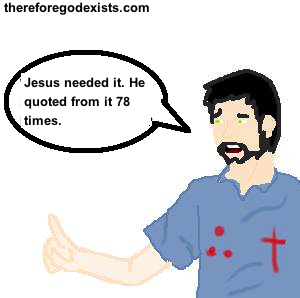 Well, when I say read the Old Testament, I do not mean to just read through it once in your life as though it were an enjoyable novel, but rather I mean to treat as Scripture deserves to be treated. Christians ought to study the Old Testament and seek edification from it, learning how God has related to his prophets and his people throughout the generations of old, and identifying foreshadowings of Jesus Christ.

So, should Christians read the Old Testament? The captain of our salvation certainly did.

Certainly, Jesus Christ studied and loved the Old Testament, referring to it as the Word Of God, the Wisdom Of God, and the Scripture. If we are to be Christians, literally deriving our name from Christ, as to be like Christ, then we ought to reflect everything that he did, including the reading of the Old Testament Scripture and holding it with such respect and love as Jesus did.

The Old Testament Is God-Breathed

The Old Testament is part of the inerrant, inspired, and authoritative Word Of God, literally guided by the work of the Holy Spirit. This is evident in that Paul wrote in 2 Timothy 3:16, “All Scripture is God-breathed and is useful for teaching, rebuking, correcting and training in righteousness.” Since the Old Testament is part of the inspired word of God, it seems to me to be difficult to understand why anybody would not want to come to know it and understand it as well as they do the New Testament.

As Christians, we need to know when somebody is taking the Bible out of context. If somebody is saying that the Bible supports race-based slave trading (rather than indentured servitude), or that it teaches that the earth is flat, that we should not eat pork, and so on, by showing us a single, obscure verse taken out of context, we might be taken in by it if we do not have knowledge of the Old Testament.

Many people who we encounter, whether Jews, Muslims or non-believers, sometimes have studied comparative religion, including the Old Testament, and know how to wield it to support their beliefs and derail Christian theology. Therefore as teachers, evangelists and so forth, we need to be able to, as Paul wrote in 2 Corinthians 10:5, “demolish arguments and every pretension that sets itself up against the knowledge of God, and we take captive every thought to make it obedient to Christ.”

It can sometimes be difficult to find similarities in trans-era characters because of the radical difference in setting and the problems that they encounter. However when we look closer, we can discover that at their core, men are fundamentally the same, whether in the Old Testament, in the New Testament, or in our contemporary society. They make mistakes and struggle against sin just as we do and often we can find that their struggles and resolutions can be a guide for our struggles.

The patriarchs might be a good example, in that Abraham would not trust in God’s promise for a child, but instead he took matters into his own hands and had a child outside of his marriage. Only when he trusted in God was he counted righteous and was the promise fulfilled. Jacob was a liar and constantly tried to take matters into his own hands as well in that he would not accept a marriage with only Leah, but his insistence to marry Rachel led to strife between the sisters.

We can find circumstances that are often extraordinarily relatable in all of the patriarchs and most of the Old Testament prophets, and as such, reading about these occurrences can be very edifying and improve mans’ relationship with God. So if we are having struggles, perhaps we should seek out the prophets of old who had similar struggles.