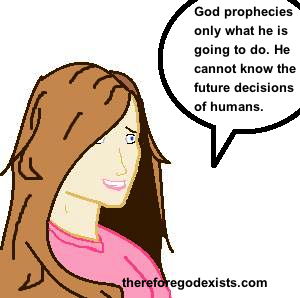 The traditional conception of God among monotheistic faiths is that God is utterly perfect in every way. God is all-powerful, all-knowing, all-loving, all-present, all-good, and so on. But some Christians (hereafter referred to as open-theists) wrestle with these attributes and wonder how it is that they fit into their systematic theology. So when they come across God’s absolute knowledge, contrasted against human freedom, they tend to recoil, and take the position that because human beings have libertarian freedom, that therefore, God must not be able to know their future decisions. After all, if God does know their future decisions, then in what sense what would they freely make these decisions? 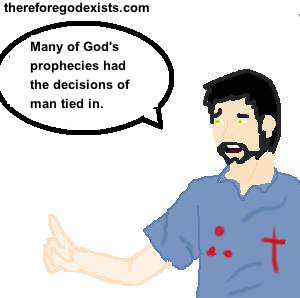 But this is more a philosophical question (though I will resolve that tension in this article), when I think it is important to ask the biblical question. What does the Bible reveal to us? Does God know the future?

Before beginning, I ought to indicate that these open-theists, while they deny that God knows the future, they also affirm that God is omniscient. He knows everything. The pointed issue is that, in their minds, the future is just unknowable. It is impossible to know the future. So, God does not know it. In the same way that we might be able to inductively predict, based on the past, what is going to happen in the future, so God also may also make guesses, but he would not be certain, because the future is not something that one can be certain of.

God does not inductively guess – he prophecies. When God makes proclamations, he does not caution that these are just his best guesses, and they might not come to pass. Rather, he boldly claims that these things not only will come to pass, but have come to pass from the very foundations of the world. He “chose us from the foundations of the world… in love, he predestined us to adoption as sons through Christ Jesus to himself.” (Ephesians 1:5-6). God not only knew who was going to be saved, he actively elected them (and for the moment, I ignore the issue of conditional and unconditional election). Thus God knew their future decisions. He knew that they were going to choose to be saved. 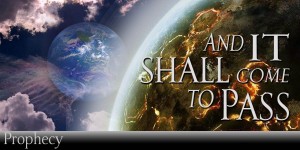 Further, God knew the immoral decisions of men from the foundations of the world. Jesus Christ has been slain from the very foundations of the world (1st Peter 1:20). God predestined the crucifixion of Jesus. But God foreknew it from the foundations of the world. He knew that Jesus would be crucified. He knew that the Romans would crucify Jesus. The Romans were sinning, and it was God’s will, because it brought about a greater good – the crucifixion. “For truly in this city, there were gathered together against your holy servant Jesus, whom you anointed, both Herod and Pontius Pilate, along with the Gentiles, and the people of Israel, to do whatever your hand and your purpose predestined to occur.” (Acts 4:27-28).

Often, open-theists will say that God knows only what he is going to do in the future. But the problem is that he is using people in this case. He knew that people would be there, to crucify the Lord of Glory. He also knew that people would choose salvation. I am inclined to add that even if I concede that God merely knew what he was going to do, that is still knowledge of the future. Does God know the future? It seems to me that the concept of prophecy necessitates that.

God predestines the free decisions of men. God often uses evil to bring about his ultimate good. If there were no evil, if we did not live in a fallen world, there could never be things like courage, or self-sacrifice, or freedom of the will. So God will bring about evil so that we can have greater good. He predicted and allowed the evil decisions that men have made. So he says, “I knew that you would deal very treacherously.” (Isaiah 48:8). God knew in advance this decision to deal treacherously. 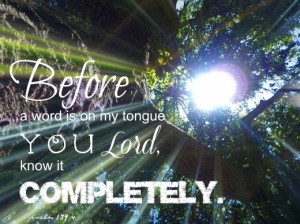 We see this theme recommenced in Psalm 138:4, which reads, “All the kings of the earth will give thanks to you, O LORD…” God knows the future decision of men to give thanks. In the next chapter, the psalmist continues in praise of God, now zooming in on God’s knowledge of himself. “Before there is a word on my tongue, behold, O LORD, you know it all.” (139:4). God knew what the psalmist is going to say before he says it. He goes on to praise God’s attributes; praise him for who he is. He says, “Where can I go from your Spirit? Or where can I flee from your presence?” (v. 7). He is speaking of God’s omnipresence. In the verse just before, he says, “Such knowledge is too wonderful for me. It is too high. I cannot attain to it.” Since God knows even the psalmists words before he says them, his knowledge is too high. Does God know the future? While the future is impossible for men to know, and while we cannot attain to it, God can.

Is free will inconsistent with God’s foreknowledge? Let us temporarily concede for a moment that it was. Let us suppose that there was no free will, that God knew everything, and as a consequence of this knowledge, we do not have free will. So what? That does not change what the Bible says. We cannot let our desire for free will change God. I struggle mightily to see how this is anything short of idolatry in the name of the self.

But now, lifting my concession, I indicate that freedom of the will is not inconsistent with foreknowledge. God may have absolute knowledge of what is going to happen tomorrow, and nonetheless, we still have freedom. God’s knowledge could be viewed as sort of like a thermometer. It is always accurate in its’ measurement of the temperature, but it has no causal power over the weather. Does God know the future? Does he, in light of the possibility of human freedom? Well there really is no reason for there to be so much tension between God’s knowledge and human freedom. If there is tension, then God’s knowledge should be the victor, lest we commit idolatry. If you are interested in how the Bible reconciles predestination and human freedom, check out Evan Minton’s treatment of Molinism in his article Molinism And Divine Foreordination.