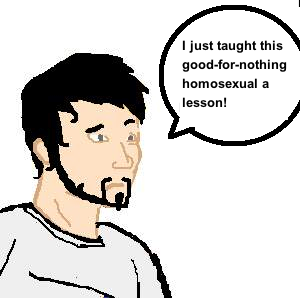 People with views that oppose Christian doctrine often mount the accusation that Christians are mean-spirited and obnoxious. It is not necessarily so much that these groups are merely disagreeing with each other, but Christians are utterly disagreeable, unable to have a friendly conversation and listen to the beliefs of those with whom they disagree. I have seen Christians who are mean-spirited toward homosexuals, Muslims, liberals, and even other Christians. Pretty much anybody who calls into question one of their beliefs and practices. Rather than intellectually criticizing the doctrine of Islam, Christians treat Muslims, as people, with bigotry. 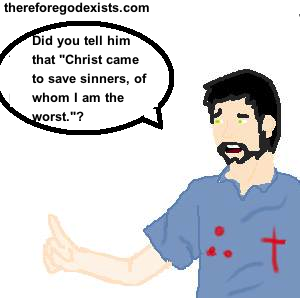 It seems that rather than sharing the gospel and loving their enemies, Christians are inclined to point the finger, call names, accuse, and incite anger. So then, this raises a critical question that Christians need to deal with. Why are Christians so mean?

They are not born again. They may bear the title Christian and claim to love the gospel, but for them, loving the gospel, or loving their enemies, are empty platitudes. These are ideals, but not something that they are willing to live out. If one tells them to love their enemies, they are either unaware of that verse, or they say, “we are loving our enemies,” as they call another group derogatory names. The issue is that people such as this might not be born again. They might not really have the power of God in their lives. 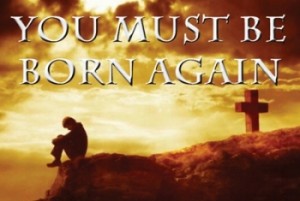 When I say that somebody is born again, I mean that they are made a new creature by the Holy Spirit (2nd Corinthians 5:17). One who is born again makes it their words that, “it is not I who lives, but Christ who lives through me.” (Galatians 2:20). They are justified, adopted into the family of God, and they are being sanctified. They are being made holy (1st Peter 1:15). They are displaying the fruit of the Spirit, which are love, joy, peace, patience, kindness, goodness, faithfulness, gentleness and self-control (Galatians 5:22-23). If a person instead displays “…enmities, strife, jealousy, outbursts of anger, disputes, dissensions…” (v. 20) then this could be good evidence that this person has not been born again. Why are Christians so mean? They are not real Christians. They are just as much of a child of Hell as those against whom they are screaming.

They do not understand different people. I am afraid that this is a plague of humanity, not only Christians. People recoil and reflex when they encounter somebody that they just do not understand. That is why when adolescence will encounter a homosexual, they will bully them. That is why a homosexual will walk down the street and be mugged. That is why a New Yorker will be treated with contempt in the south, and vice versa. That is why black men have been treated with bigotry. People see these groups with the slightest divergence and they hate them for it. Whether it is jealousy, projection, insecurity, or whatever underlying psychological issue, people hate those who are different. 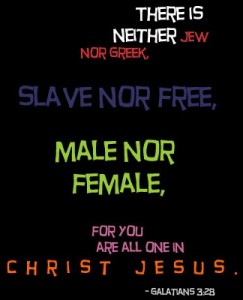 Christians are often not immune to this. Those who are not may fall into the category above, that they are not born again. Either way, there is an inclination against those who are different. That is an offshoot of the fallen nature. A lot of people have to deal with this and need to deal with it maturely, striving to overcome it. But instead, Christians indulge in it. They will use their faith to justify bigotry. It is important to point out that there is a difference between the doctrine of Islam and Muslims as people. It is important to point out the difference between the sin and the sinner. While Jesus Christ would speak scorching words against sin, he would have the deepest compassion for sinners. Why are Christians so mean? They are just like the Pharisees, the mean religious folks of old, who would say, “Why is your teacher eating with such sinners?” (Matthew 9:11), Jesus replied (v. 12-13), “It is not those who are healthy who need a physician, but those who are sick. But go and learn what this means: ‘I desire compassion, and not sacrifice,’ for I did not come to call the righteous, but sinners.”

When people reply, that the Bible is not true, or even start ridiculing the Bible, Christians do not know how to handle it. They are emotionally challenged. That is one reason that I think that apologetics and doctrine are so important. While the Bible is foundational to our beliefs, we need to be engaged with the intellectual element of our beliefs. When we understand why the Bible is true and what the Bible says, we will not feel so insecure about our beliefs. We will be able to listen carefully to what people say and understand why it is not necessarily true. In our culture, it is not enough to only know Bible stories. We need doctrine and apologetics.

Sometimes Christians seem mean when they are merely disagreeing. With so many nasty people claiming to be Christians, spreading bigotry, refusing to following the clear commands of Jesus to love their enemies (Matthew 5:43-48), often, all Christians are mistakenly conflated with them. If I point out a sin, even lovingly, I am conflated with all of the Christians who attack the sinner. If I criticize the doctrine of Islam, I am conflated with those who treat Muslims with bigotry. So my point is that while Christians need to be careful to not treat with bigotry, often when we criticize a view, people will mistake it for bigotry. If I say, “the Bible teaches that same sex-marriage is a sin,” people hear, “I hate homosexuals.” But that is not what I said.

We need to learn to listen to each other. If Christians want to share the gospel, to fulfill the Great Commission (Matthew 28:19), we need to learn to listen to people. People are different. Everybody has different things that they hold dearly. People are not groups of people. They are individuals who cry over different things. We need to understand people, as individuals. They are not merely a banner for the LGBT movement. They are individuals. Listen to them. They have real issues that they have dealt with and a real past. They have real baggage.

If we want to love our enemies (Matthew 5:43-48) (not that homosexuals are enemies), we need to listen to them. We need to respond in love and show them to love of Christ. We need to adopt the words of Paul for ourselves, that “Christ came to save sinners, of whom, I am the worst.” (1st Timothy 1:15). Apart from the unmerited mercy and grace of God, we would be heathens who commit moral atrocities on a grand scale that would make homosexuals grimace in disgust of our behavior.