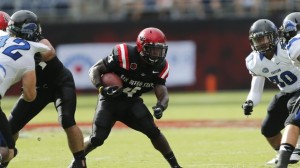 One of the most accomplished NCAA running backs of the day, Adam Muema, recently summoned the national spotlight when he left the NFL Scouting Combine just months before the draft. He did this because, he said, God told him to. Now one could expect that after such an endeavor, Muema’s intentions would be to leave his football career behind. But nonetheless, he intends to be an NFL prospect, and even has written in his twitter bio, “Seahawks #8.” Of course he has neither been drafted nor promised a position on the Seattle Seahawks. He has prophetically declared that he will be a member of the Seattle Seahawks. God has revealed this to him. Who is God to Muema? Well this college athlete claims faith in a YouTube Messiah. 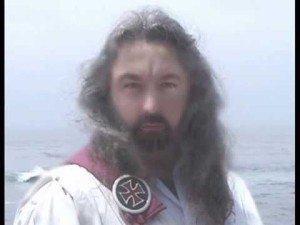 At the outset, many of his tweets may seem to be inspiring, just a normal Christian who says that he believes in Jesus Christ. But after following him for a few days, one discovers that he regards this YouTube Messiah known as Raymond Elwood, who styles himself Lord RayEl, as God. After a brief period of investigation, I discovered that Elwood’s claims about himself rely heavily on the unreliable Gnostic gospels, the thoroughly discredited Equadistant Letter Sequencing, and reckless exegesis of certain Christological and eschatological passages. His claims are a hybridization of several incompatible religions, like Freemasonry cults, the Gnostics, and Judeo-Christian belief. I will sketch out and criticize some proofs offered by the YouTube Messiah. 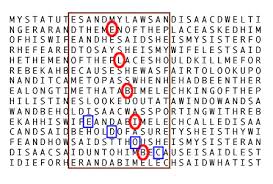 The Bible Code Elwood claimed that hidden prophecies in the Bible have been discovered which reveal his claim to divinity and Messiahship. It is almost literally in between the lines, popularly known as The Bible Code, or Equidistant Letter Sequencing (ESL). ESL is the process of finding characters in the Bible that have an equidistant amount of letters between them. When one assembles these letters, if they form a word, then you have a prophecy. Let me give you an example of ELS. You might look at this verse and say that it does not say anything about a cat.

“Count all the men from thirty to fifty years of age who come to serve in the work at the tent of meeting.” (Numbers 4:3). But ELS looks for letters that are an equidistant amount of characters apart. In this case, there are 32 characters between each of the letters C A T. C, skip 32 letters, A, skip 32 letters, and T. So, behold, a cat. “CountallthemenfromthirtytofiftyyeArsofagewhocometoserveintheworkatThetentofmeeting.”

This is the sort of methodology on which The Bible Code has relied on. It has been used to “prove” prophecies of future assassinations. As an ardent Christian and believer of the Bible, I love fulfilled prophecy and the Bible. However if we are going to be objective, this methodology of scouring the text to discover prophecy is clearly invalid. Any prophecy that is discovered using this method can solely be attributed to the fact that the Bible is long and there are many words. Indeed, ELS can be used to prove that any book is inspired. Despite that, it has been approved of and endorsed by Elwood (#12), the YouTube Messiah, and he uses it to “prove” his divinity. 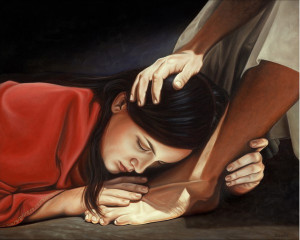 Did Mary Magdalene Need Raymond Elwood? The fourth proof of Elwood’s Messiahship is in the description of Mary Magdalene. According to Mark 16:9, Mary was filled with demons. Elwood argues that the word translated into demons could also mean “enchanted by witchcraft,” which is translated from the word transliterated, “pharmakeia,” from which our English word “pharmaceutical,” is derived. Thus, Elwood concludes, Mary Magdalene was not filled with demons, but addicted to drugs. This proves that Raymond Elwood was necessary to save Mary Magdalene. As Doctor William Lane Craig said in another context, this is just hermeneutical speculation gone off the rails; a good rule of thumb is that before you learn to read between the lines, you have to learn to read the lines, and I do not think that Elwood has learned to do that yet.

Firstly, the second half of Mark is regarded by most scholars as inauthentic. Most of your Bibles will have a little note that it was penned by later scribes, probably based on the Acts of The Apostles and the Great Commission. Secondly, you cannot say that just because two words are synonymous (demon and witchcraft), that you can follow both of their etymology and change their definition and usage. Finally and critically, this is used as a proof of Elwood’s Messiahship. He writes, “only [Elwood] could save her.” Why is that? Any Messiah claimant could say that. This is just a blatant non-sequitur, is a patently logically invalid argument, and is predicated upon premises that are clearly false.

These proofs are each offered that Raymond Elwood is the Messiah, the second coming of Jesus Christ. But these are clearly logically invalid arguments. Even if we grant for charity that every single one of these things are true (Mary is a drug addict, not demon possessed, Jesus is adopted/an angel, and had the same trade as Elwood’s parents), it does not follow logically that therefore, Raymond Elwood is the second coming. These, and most of the arguments that he posts, are patently logically invalid. They are blatant non-sequiturs. It does not follow.

What makes this so devastating is the Elwood claims to be God the Messiah. If indeed he is telling the truth, then he would not make these mistakes. His doctrinal statement, FAQ, and proofs, would be inerrant, because God cannot make mistakes. Therefore, I ask, would God the Messiah put forth such arguments as these? 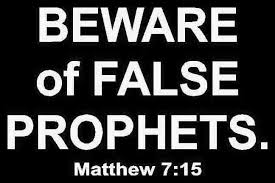 A False Jesus, Gnosticism, Freemasonry, ect ect ect… Elwood argues that Jesus Christ was the incarnation of the archangel Michael. Despite that, Jesus was greater than the angels. He argues based on the authenticity of the Gnostic movement, which was thoroughly rebuked by the apostles, especially Paul in 2 Corinthians. He argues that Gnostic gospels are authentic, but does not specify which. But the more popular ones, such as the gospel of Thomas must be dated much later than the other gospels since it quotes almost every book of the New Testament, including the gospel of John. Elwood argues for proof of his divinity in astrology, a biblically condemned practice (Isaiah 47:12-14). He argues from numerology, the Bible Code, UFO’s, reckless exegesis and inauthentic texts.

Raymond Elwood deserves the full weight of criticism, because his claims are clearly false and clearly unbiblical. It is a shame that Adam Muema is so lost as to follow him. This college athlete claims faith in a YouTube Messiah, that is a liar, a deranged member of the Freemasonry cult who wants only to rob God of the glory and worship that is rightfully his.

“Beware of the false prophets, who come to you in sheep’s clothing, but inwardly are ravenous wolves.” Matthew 7:15