As Christians engage with non-believers and attempt to share their faith, they certainly come across a bit of resistance. People often do not want to hear the gospel message. They are gospel-hardened. So they will raise several objections to Christianity, and we just find ourselves in a debate. In such a scenario, Christians are often found raising a number of bad points, which people find less than persuasive. I think there are at least 5 common debate mistakes Christians make. 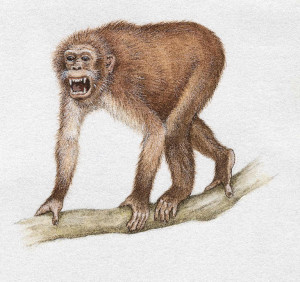 When we bring up the subject of evolution in a Darwinian sense, many Christians will think that they have dealt the death blow to the leading biological theory. They will just ask the question, “if we evolved from chimpanzees, why are there still chimpanzees? Why have not the monkeys in the zoo evolved?” This is possibly the most common objection that the average Christian will raise to Darwinian evolution.

The problem, though, is that it misrepresents Darwinian evolution. Darwinian evolution does not suggest that human beings evolved from monkeys, as we see today. Instead, on this theory, they evolved from monkey-like creatures. But not the actual monkeys of the zoo. It is comparable to the evolution of societies. Just as Americans came from Europe, it does not make sense to ask, “why are there still Europeans?” It is just a different branch. The Darwinists suggest, so the same with Darwinian evolution. Humans are just a different branch of primate. The monkeys in the zoo are another branch. I do not think this is a compelling objection to evolution.

2 – They will take stances of anti-intellectualism.

The problem that I find with this line of thinking is that God himself created the natural world. Some have even said that the natural world is the 67th book of the Bible. We just cannot just dismiss everything that the natural world reveals. We cannot hate science or take stances against it. After all, I think that science has served as a tremendous obstacle for atheists. The Big Bang serves as evidence for the existence of God.

3 – They will misuse faith. 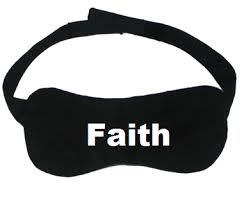 Instead of attempting to convince people that God exists, or show them that God is necessary, people will just say, “you need to have faith!” They will say that if we give reasons for our belief, then there no longer any need for faith. So when they engage non-believers, they will not tell them what reasons there are to believe in God, Christ, nor will they even share the gospel with them. They will merely tell them that they need to have faith. But what they mean is that they need to have blind faith. They need to believe in something that you cannot know.

But that is not the biblical definition of faith. When it is said that we have faith in God, that is comparable to saying that we have faith in our spouse. But there is no reason that sort of faith cannot be complimented by evidence. This point was conceded by the atheist Richard Dawkins in his debate with Professor John Lennox. Dawkins said, “The only reason that we would need faith is if we do not have any evidence.” Lennox: “I assume you have faith in your wife. Is there any evidence for that?” To which Dawkins unwittingly admitted, “Yes, plenty of evidence.”

4 – They will become angry. 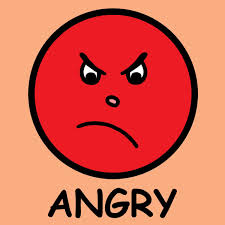 This is especially evident on the internet. While not even close to the severity of the New Atheists, Christians are often guilty of becoming angry when they talk with people. Of course, that sort of thing happens sometimes. People, in general, do not like when others disagree with them. They tend to respond in hostility. Especially when we talk about issues that are so close to our hearts. We often feel so compelled to just be angry with people.

But this is just not a biblical precedent. Anger is an opportunity for the devil (Ephesians 4:26-27). So, when we talk to people, we need to not be angry, but to be loving, even in the face of rude behavior and insults. That is what it means to love your enemy (Matthew 5:43-48). Peter tells us that when we share our faith, and defend the things that we believe, we must “always be prepared to give a reason for the hope that you have. But do so with gentleness and respect.” (1 Peter 3:15).

5 – They will become self-righteous. 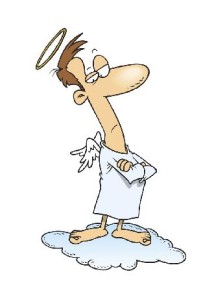 Similarly, we tend to fall into dialogue traps common to everybody. When we are engaged in a “debate” or disagreeing with people, sometimes people will feel self-righteous. They will start to feel like they are better than the person that they are talking to. Of course, this sort of attitude is just a manifestation of the anger that they are feeling with the debate and the person who is disagreeing with them. It is so easy to forget that we are representing Christ when we have these discussions.

With that in mind, it is obviously not a biblical precedent for one to feel as though they are better than another person. As Philippians 2:3-4 says, it is our duty to regard other as greater than ourselves. We need to remember that apart from the grace of God, we would be just like them. In and of ourselves, each of us would be God-hating, unreasonable, sinful rebels who want nothing more to fulfill our selfish desires. We are not better than anybody. If anything, I am the chief of sinners. Christians need to remember that and have that mentality. When they engage in a dialogue with another person, they need to remember that.