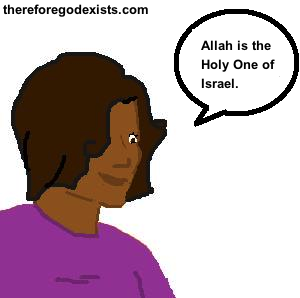 Muslims regard the Qur’an as the finest piece of literature ever written, holding it in even higher regard than Christians hold the Bible. Christians believe that God inspired prophets, apostles, and people close to apostles to write the Scripture as authoritative, and these letters were saved and passed on, and eventually assembled together. This is from where the Bible has come. Muslims do not believe that about the Qur’an. Instead, they believe that the Qur’an is an eternal book, that it has existed forever in Heaven, with Allah, and at the appointed time, it was revealed to Muhammad. The Qur’an, they say, is the word of Allah, verbatim. There is not one word that would be better than any word in the Qur’an. It is objectively perfect literature, according to Muslims. So then, if it could be shown that the Qur’an was not written by God, but by men, it would undermine the entire Islamic system. Therefore, who wrote the Qur’an? 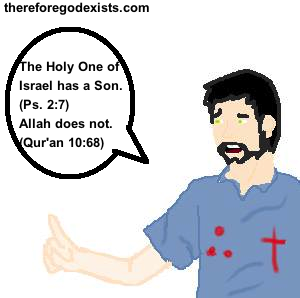 Since they hold the Qur’an to be the word of Allah, verbatim, they have tremendous reverence for it. This is why it is such an insult to them when people burn the Qur’an. The Qur’an is regarded so highly, that when Muslims carry it, they will never hold it below their waist. They will always wrap it in cloth when they put it in a bag, and if the Qur’an touches the floor, or is disrespected, they will bury it out of respect. Following their traditions and keeping their religious rituals has been ingrained in them since childhood; it is their identity. Just as Christians say that we do not have a religion, but a relationship with Christ, Muslims say that they do not have a religion, but that their religion is them. They identify with Islam.

This is unfortunate because they have been ingrained with so much false teaching, rejecting the atonement provided by the Christ, and believing that men can somehow, in and of themselves, be righteous enough to receive God’s favor. This belief system, and the rest of their belief system, is something of a hybrid between Judeo-Christianity and Paganism. Muslims believe that Allah is the Holy One of Israel; the God of the Old Testament. They believe that the Old Testament Scripture is legitimate Scripture, and so the same with the gospels. However, they believe that these Scriptures have been replaced by the Qur’an. So again, this raises the question: who wrote the Qur’an?

The Qur’an Reveals Allah As The Holy One Of Israel

In the Old Testament, God is said to have a Son (Psalm 2:7). But the Qur’an unequivocally says that God has no sons (Qur’an 10:68). Further, and critically, in Judeo-Christian theology, the Son of God is also a divine figure; he is the human version of the invisible God – he is God himself. Thus, the God so revealed by the Old Testament is a trinity. The trinity is found throughout the entire warp and scope of the Old Testament Scriptures (the Jews did not know of it because they did not have as wide of a revelation as we do). Since the very beginning of creation, plural pronouns, and verbs are applied to God (Genesis 1:27, 3:22, 11:7, Isaiah 6:8). Even the word, Elohim (translated into Lord about 4000 times), is the plural form of the word “Lord,” indicating more than one person. So the God so revealed by the Old Testament is a trinity, and Allah is not a trinity. Therefore, Allah is not the God of the Old Testament.

Further, the Holy One of Israel revealed his name to Moses. His name is Yahweh, and that is what we shall call him for all generations (Exodus 3:14-15). But proper name of God in the Qur’an is not Yahweh, but Allah (According to Lane’s Arabic-English Lexicon, which is based on classical Arabic dictionaries, says under the word Allah, while citing many linguistical authorities, explains that Allah is a proper name, applied to God).

Therefore, Allah is not the Holy One of Israel, as the Qur’an says. The Qur’an was mistaken, and could not have been written by God.

The Qur’an Doesn’t Know What The Trinity Is

Not only was the Qur’an mistaken in Jewish theology, but it was also mistaken in basic Christian theology. The Qur’an teaches that the Christian doctrine of the trinity is God, Mary, and Jesus. It imagines that Allah poses this question to Jesus: “Jesus, did you tell men to take you and your mother as gods?” (Qur’an 5:11). So in Islamic theology, the Christian conception of the the trinity includes Mary. The problem, though, is obviously that no Christians hold that conception of the trinity.

In response to this, most Muslims will say that this verse is not speaking of the trinity, but it is speaking of the view that Mary is a goddess. But… Christians do not believe that either! Not even Roman Catholicism holds Mary to be a goddess. There was one cult that held the view known as Collyridianism, and it existed briefly a long time ago in the region in which Muhammad probably traveled.

However it did not have its’ origins during the life of Jesus. It came about a few hundred years later. So for Allah to ask Jesus this question does not make sense. It is almost as though Muhammad encountered a number of different religious views during his travels, and addressed them in the Qur’an. Muhammad encountered Collyridianism and thought that it represented all of Christianity.

But for this one small cult that just happened to exist in the region of Muhammad’s travels, to be addressed by God in Heaven, from eternity, does not make sense. It has little applicability. Therefore it is much more plausible that the Qur’an was written by Muhammad, and not Allah.