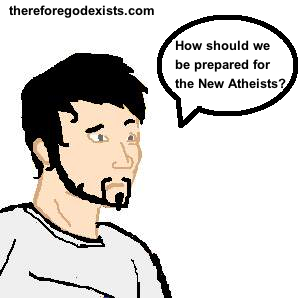 Outspoken Christians in today’s world have probably encountered people who claim to be atheists. If these atheists are in tune with the direction of pop-culture atheism, they will not only refer to themselves as atheists, but as New Atheists (and in fact some may even refer to themselves as being part of the movement known as Atheism +). We may encounter them on social media, such as Facebook or Twitter. Perhaps we may have also heard of the Atheist Monument created by the American Atheists in an attempt to proselytize non-atheists. In consisting of about 2% of the American population, atheists can be somewhat of a loud minority. Despite that, Christians can be confused when they encounter them, about who they are and how they should react. So then, who are the New Atheists, and how should Christians respond to them? 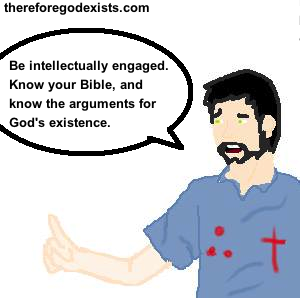 In ranking fairly high on New York Times Best Sellers, some of the New Atheist books have completely annihilated the faith of many religious believers. However it is probably more effective toward back-slidden believers and people who stopped going to church when they left their home and now are sort of in neutral in regard to their former faith. The New Atheist authors tend to target high school students and students in early college, and in fact have a bit of success. Three of every four young people abandon the church either during high school or in their early years of college. Their primary reason is intellectual skepticism – they do not know why Christianity is true. Therefore the New Atheists are nothing to sneeze at. They have had a bit of success in persuading people that their faith is a sham.

However their approach is often not based on sound reasoning and intellectual honesty, but rather plays on the heart strings of the religious believer. They may, for instance, point out the terrible things that happen in the world, or all of the bad things that religious people have done. It is something like asking, “do you really want to be part of such a group?” This approach is usually sprinkled with a little pseudo-intellectualism, questions such as, If God created everything, who created God?

I have expended a great deal of effort answering the claims of the New Atheists (as have many Christian theologians and philosophers) and I can honestly say that their claims are not intellectually challenging. I am more intellectually challenged when talking to a Muslim, than I am, when talking to an atheist. Islam is more rational than atheism, and that is certainly saying something.

Who are the New Atheists, and how should Christians respond to them?

Who Are The New Atheists?

I would not be surprised to find that most Christians who have encountered atheists do not have a fond memory of them. The New Atheists are often very unpleasant, to put it mildly. I have come to the conclusion that they are usually just not worth talking to. Their questions are very disingenuous, and are usually looking to destroy an argument rather than engage in an open and honest discussion. The New Atheists are usually only worth talking to when there is an audience before whom we have the opportunity to expose the New Atheists ridiculous arguments and share the gospel of Christ.

But if we have an opportunity to have a public discussion with them, it will not be pretty. It will be filled with personal attacks and patent hatred. As one of the most famous atheists, Richard Dawkins, said at last years’ atheist rally, “Mock [the religious]. Ridicule them in public. Don’t fall for the convention that we are all too polite to talk about it.” Dawkins is extraordinarily influential, and this command, far from being met with moral backlash, is and continued to be fulfilled by the New Atheists. The New Atheists do make an effort to mock and ridicule people for their different beliefs.

However as I pointed out in my introduction, they are often just not intellectually engaged. They may want to blindly assert that they are smart, that religious people are dumb (as they do), but they often just do not understand Philosophy of Religion, and do not understand the Bible at all. What they have instead are memes. We all know what memes are; they are funny little pictures with a one-liner on it. There are a bunch of atheist memes, and this is from where they get their information. This is from where they learn about philosophy, and the Bible. After reading a meme, they will say that they are educated in matters of the Bible, and in matters of philosophy, and in matters of science. But really, they have only looked at a few pictures.

(Please do not leave any politically correct comments telling me that not every single atheist fits this description. I know that. This is an analysis based on a class of examples, namely, those who I have encountered and popular level atheists.)

…And How Should Christians Respond To Them?

There is bad caricature of Christians that atheists tend to hold, and unfortunately it is sometimes true, especially in the United States. Hollywood tends to portray Christians as angry, hateful, bigoted, judgmental, slowing down political and scientific progress, and being idiots in general. This is how atheists want Christians to behave. When Christians are stupid, and atheists have an answer for everything that they are saying, atheists appear as though they are intellectual elitists, and that atheism is what smart people believe. This is how the New Atheists have often been able to draw people to adopt their view.

However atheism is intellectually untenable, and when examining seriously the claims of the New Atheism, they collapse quite quickly. Therefore the best way to engage and respond to the New Atheists is for Christians to be intellectually engaged. We need to make an effort to understand natural theology (the arguments for the existence of God) and especially, we need to understand our Bible, and stand ready to, “…destroy arguments and every lofty opinion raised against the knowledge of God, and take every thought captive to obey Christ” (2 Corinthians 10:5).

It seems to me, then, in response to the New Atheism movement, we need to be New Christians. Now that is not to say that we need to fundamentally change our faith. The Bible is the foundation of our faith, and nothing about that needs to change. I am talking about changing the public perception of Christians. Rather than being stupid, scientifically illiterate and so forth, Christians can stand on a foundation of reasonable faith, so that the scales of public perception will tip in favor of Christians. We need to do away with the old caricature of Christian belief and in its’ place, be the New Christians.