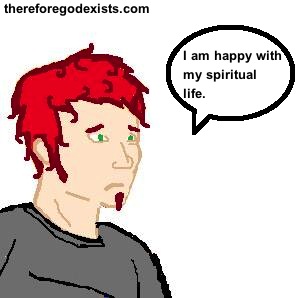 There is an array of spirituality to choose from throughout the world, in fact even throughout Christianity. There are a number of denominations that display signs and wonders, people going through bizarre rituals and behaviors (especially the charismatics), which look very similar to Pagan practices. This sort of thing is probably just an expression of emotion; allowing their emotions to take them too far. In spirituality, people tend to just seek out what works for them, and seek out what makes them happy and feel spiritually fulfilled. However in doing so, they fail to ask the question, what does God want from me? People are so focused on what they want and what they think works that they forget about what God wants.

This is precisely why many of the relativistic philosophies have arisen in the west. People who say that all religions are true, or that there is no such thing as truth, or that something, such as Christian belief, can be true for one person, but false for another. 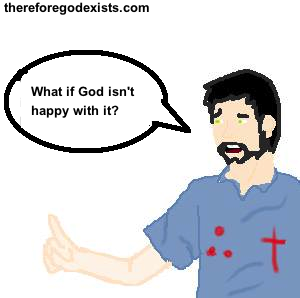 This sort of thinking is absolutely man-centric. It focuses on what men want and how men approach religion and what makes them happy. Men want to be spiritual, they want to believe in something that is beyond themselves to make themselves feel better, but as I said, in doing so we will forget to ask what God wants from them.

So then we will say that we believe in a higher power, that when we have good tidings, it must be the handiwork of the divine. This breed of religion very closely aligns with Pagan belief, because the Pagans, when attempting to explain the good things around them, such as the sun, or the water, or childbirth, would attribute it some sort of deity. They would say that they have sunlight because Ra continues to provide it for them (this is why God took away the light of Egyptians during the time of the 10 Plagues of Moses). We attribute the things around us to a higher power. But the question is whether we should seek that higher power, or discover the will of the higher power for our lives.

So, what does God want from me?

God Wants You To Know Him

But when Christ told of how he would reject men on the Day of Judgment, he said that he would say, “Depart from me, you workers of iniquity, I never knew you. (Matthew 7:21-23).” This should not strike us as unfamiliar, often we may say the phrase, “I know of that person, but I do not know them.” To know somebody is not merely to know of them. God wants us to know not only that he exists, but to know him in the sense of being in a loving relationship with him. He wants us to know him more deeply and intimately that we know a spouse or a loved one.

What does God want from me? God wants each of us to know him, to come into a loving relationship with him through his Son. The problem is that God is holy and righteous, and as such cannot have sin into into his presence. But Christ, and those who are conformed to the image of the Son (Romans 8:29) stand before God blamelessly. If we are to know the Father, we have to know the Son (1 John 2:23). If we draw near to God, he will draw near to us (James 4:8).

God Wants You To Love Him

When we talk about love, people usually think of feeling that they have in their heart. But love is not necessarily limited to that. Often we express our love for another person by fulfilling actions, doing things for them and so on. We express our love for God by following Christ and keeping his commands. Of course, this is no small order, and it is often what causes people to fall into apostasy, because the cost of following Christ is tremendous.

He said that we have to be willing to be murdered, that we even have to love him more than we love our own lives and even their own family (Matthew 10:27). We have to abstain from all unrighteousness, even lust (Matthew 5:28) and all sexual immorality. We must surrender all pride (Proverbs 16:18-19) and surrender our entire will to the will of God. While we have free will, we must strive to shed our free will and follow all of God’s commands. Essentially, every single impulse or desire that we have, we have to fight against. Indeed even what comes forth from our heart is taught by God as evil (Jeremiah 17:9).

What does God want from me? He wants absolutely everything. If we love Christ, we must keep his commandments (John 14:15). There are a number of preachers and religionists who may tell us that declaring our love for God may only take a moment or a few moments. But in truth, declaring our love for God is an ongoing and eternal process. Salvation is immediate the moment a persons puts all of their trust in Christ. But expressing love for God lasts forever. That is what he wants from us. A relationship that lasts forever. He wants us to live, and move, and have our being, in him (Acts 17:28).

All who are willing surrender to the will of God will inherit an eternity with him. The absolute purpose of mankind is to come to know God in a loving relationship, and enjoy him forever.