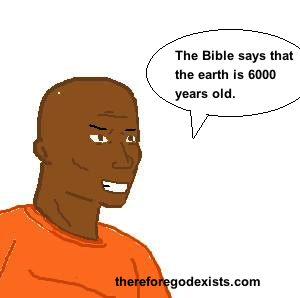 In a stroke of irony, Christians deny the very evidence that we spent centuries arguing for. We proclaimed over and against the atheists and the Greek philosophers that the universe was not eternal in the past. There was an absolute beginning, God being the transcendent cause. Thus the words, “In the beginning, God created the heavens and the earth.” (Genesis 1:1). The Christian position was vindicated throughout the 20th century as the Big Bang was proposed and gained credibility, and finally was established as good science. The Big Bang, as Doctor P.C.W. Davies explains, is “literally the coming into being of all physical things from nothing.” It is precisely what the Christians have been looking for. But they deny it. They deny it because it contradicts their commitment to a young earth. So this raises the question of whether this is a biblical commitment. Where does the Bible say that the earth is 6000 years old? 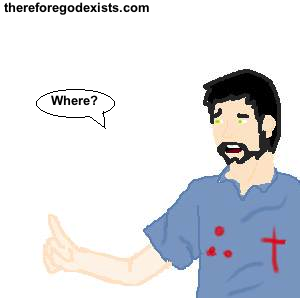 Well, it never mentions the age of the earth. There are several approaches that Christians have taken throughout the centuries.

But the proponent of the day-age model will indicate significant evidence for their usage of the word day. First of all, 24 hour days were created during the fourth day (Genesis 1:14). If 24 hour days are created during day four, then obviously the days cannot be 24 hour periods. Secondly, there is no close to the seventh creation day. Hebrews 4 informs us that this is because we are still in the seventh day. If we are still in the seventh day, then obviously, the seventh day is a long but finite period of time. So where does the Bible say that the earth is 6000 years old? It does not. In fact, the day-age advocate would argue that the Bible is very vulnerable to following the scientific evidence where it leads.

The Framework Hypothesis The Framework hypothesis points out that Genesis 1 needs to be understood in its’ proper literary framework. We need to investigate the historical context of the writing of Genesis. When Genesis was written, the Jews were surrounded by Paganism. The Pagans believed that the world was created by an ensemble of deities, one was the god of the water, another a god of the son, gods begetting each other and rivaling one another. In this storm of confusion, the Bible utterly declares monotheism. It declares that God is the Creator of the universe, and that there is only one God.

So when the Bible was written, it was in an era of Paganism. God was telling us that he alone is the Creator. He went through the various elements within the universe and told us that he alone brought them into being. But in this way, since it would just be a metaphor for his creation, the days in Genesis 1 would not be literal days. Genesis 1 would be less of a chronology and more of a statement of monotheism. Where does the Bible say that the earth is 6000 years old? We are still left searching for the first indication of that. We are left instead with the indication that God alone is our Creator.

The Gap Theory Many advocates of the Gap Theory willingly concede that the days in Genesis 1 are 24 hour periods. But, it is still a form of old earth creationism. It denies that the earth is 6000 years old. When they read Genesis 1:1-3, they see a significant gap between these verses. They would argue that there is a good amount of time between verse one and verse three. They argue that the earth was formless and void because something made it that way. God created life on the earth and there was a massive extinction event, thus rendering the earth formless and void.

The Gap Theory draws philosophical support from the nature of God. Since God would not create an earth that is “formless and void,” we are left to conclude that the earth was perfect when God created it. So the argument goes. It would also draw support from Psalm 104:30 which tells us that Holy Spirit “renewed” the face of the earth. Where does the Bible say that the earth is 6000 years old? It does not. Even if the days are 24 hour period, the Gap Theory offers flexibility.

However, many young earth creationists deny that model. This is because there is no indication that the genealogy reports are exhaustive. There could have been other people who lived that were not mentioned in the genealogy report. In fact, even if you look at the accounts in Matthew and Luke, you will find that they are different. One has more content than the other. We have to understand the nature of a Jewish genealogy report. Rather than being exhaustive, that is, recording every single individual, it is recording the important individuals in the Jewish families. In this way, there is some room in the Bible for additional years. Some young earth creationists even push the creation back one hundred thousand years. Where does the Bible say that the earth is 6000 years old? It does not. There is no indication whatsoever that the earth is 6000 years old.