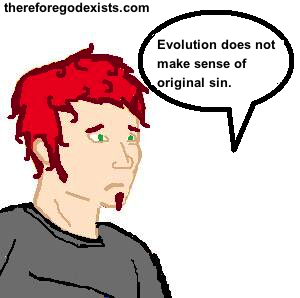 People sometimes think that if mankind really did evolve from a single-celled organism, that there would not be room for the God of the Bible. They suggest that the story of Adam and Eve would have been proven false, and in turn, the Bible would go with it. But of course, I am not one to say that natural science has the capacity to prove the Bible false. So I render the question as such: Do Adam and Eve disprove evolution? Since the Bible is the ultimate authority of the Christian, one would ask that question. Natural science has no capacity to disprove any element of the Bible. However, I do think that God created the natural world. As such, we can learn things about it that can lend to a certain interpretation of Scripture. If natural science tells us that the earth is round or that the earth rotates the sun, then we interpret Scripture in light of that reality. But Scripture is still our foundation. 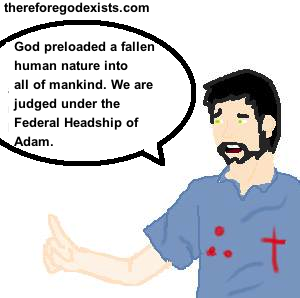 Likewise, when we find a theistic evolutionist, we needn’t think that they are using the Bible as a secondary source (though many do). In fact, Basil the Great seemed to think that there was some sort of connection between birds and fish. He thought that they were related in some way. Augustine thought that God created the world with certain potencies that unfolded through time. These men wrote their treatments of Genesis thousands of years before Darwin. The theistic evolutionist is just one who thinks that Genesis is open to different interpretations, and will read natural science accordingly.

The story of Adam and Eve is one of the stories for which the theistic evolutionist has a bit of explaining to do. So then, do Adam and Eve disprove evolution?

Were Adam And Eve The First Two People? The significant challenge to the theistic evolutionist would be that on evolution, mankind did not originate from a single couple. It did not begin with two people and move on from there. There were not an original two. Rather, in the evolutionary model there were hoards of people that slowly developed from lower primates. Mankind did not start from an original two, but rather, around the world, people everywhere slowly developed until they were fully formed homo-sapiens. If that is the evolutionary model, then the story of Adam and Eve should utterly disprove it. So do Adam and Eve disprove evolution?

I do not think so. Rather, when God created the world, it was “very good,” but not perfect. It was not perfect because it was a tooth and claw world. But with that, there was a manageable ecosystem, and so, God created a world that was very good. However, it was dangerous for homo-sapiens. So, the theistic evolutionist might say, at some point in the evolutionary history of man, God chose to specially create Adam and Eve, from the dust of the ground, and isolate them from the world, putting them in the Garden of Eden. Adam and Eve are then the first that are created in the image of God, and he bestows that image upon all of humanity after that.

But where does that leave original sin? At this, we might rejoin that if we did not all inherit original sin from Adam and the Fall, then where did it come from? Were we all born perfect? Do we all suffer our own Fall? Do we all have the capacity for perfection? Not at all. The psalmist testifies, “Behold, I was brought forth in iniquity, And in sin my mother conceived me.” (Psalm 51:5). Everybody has a fallen nature. So then, God must have created mankind with a fallen nature pre-loaded into them.

This would be because we are all under the Federal Headship of Adam. When Adam fell, God judged the entire human race with him. As 1st Corinthians 15:22 says, “For as in Adam all die, so also in Christ all will be made alive.” To that, we might object that it is not really fair for God to judge us for Adam’s sin. But God knew that Adam could properly represent the entire human race, and there is no human being who would have been more righteous than he was. Do Adam and Eve disprove evolution? Does original sin pose a significant problem to the theistic evolutionary model? Not at all. We all have original sin under the Federal Headship of Adam. God created us with this fallen human nature preloaded because he knows that we would fall just as Adam did.

Does that mean that there was death before sin? Of course there was death before sin. Adam ate fruit and the cells died when he chomped into it. There certainly was death. Of this issue, Romans 5:12 clarifies, “Just as through one man sin entered into the world, and death through sin, and so death spread to all men, because all sinned.” Death spread to all men because of sin. Everybody sinned and everybody received the same condemnation under the Federal Headship of Adam: death. Everybody receives the penalty that they rightly deserve.

Do Adam and Eve disprove evolution? I do not think so. In fact, it might even be argued that an evolutionary model makes more sense of Genesis 4 when we ask where Cain got his wife or who all of those people were. But I think that the common problems that people have with an evolutionary model of Genesis are not really problems. Of course, none of this proves that evolution occurred. It just demonstrates that there really is no theological quagmire in the theory of evolution. The Christian is free to follow the evidence where it leads.