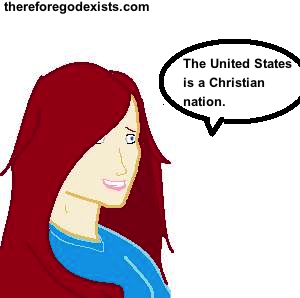 It could possibly be argued that a Christian nation is a secular nation, as odd as it sounds, with the majority of the citizens choosing to adhere to and practice Christianity. In that sense, the United States would be a Christian nation. 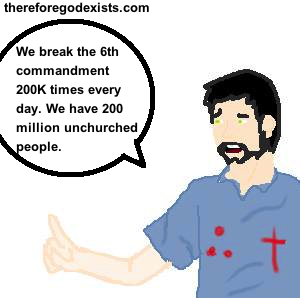 Any president who is elected will have to pretend to be a Christian to appease the people of the United States. However, I wonder if that makes them a Christian nation. The Jews thought themselves to be God’s people and were promised peace by false prophets when the Jeremiah told them there was an impending attack from the north. In this context, they had just enough religion to make themselves feel as though they were God’s people, but still, God told them in Jeremiah 11:11, “I will bring on them a disaster they cannot escape. Although they cry out to me, I will not listen to them.”

I would be willing to argue that many people who claim to follow Christ do not really follow him. There is no striving to do the will of God. We can recognize this fact by their behavior (Matthew 7:15-20). If they were truly followers of God, they would strive to do righteousness and keep his commandments (John 14:15). They would be a light to the world and expose the deeds of the ungodly (Matthew 5:14-16). Instead, most of those in the United States who claim to be Christians just merge into the behavior of the ungodly. According to studies from the Nehemiah Institution, the behavior and morals of many of those claiming to be Christians in the United States is not at all different from the behavior and morals of the rest of the world.

So what behavior am I referencing? Far from being a Christian nation, it seems that society is constantly making moral decisions that are in head on collision with biblical morality. They will elevate the value of freedom of choice over the value of a human life, thus rendering murder to be an acceptable practice, which, for those of you who were unaware, is a violation of the sixth commandment. This commandment is violated in this way about 125K times every day. Most people in the United States, even those who claim to be Christians, think that this behavior is acceptable, and even a necessary measure.

This is pretty much how all of the moral decisions in the United States are made. “We, the people…” have made themselves into the final authority for deciding what is right and wrong. Is the United States a Christian nation? Absolutely not.

What Do We Do With Non-Christian Nations?

However, that is not to say that we are to wait around for somebody to take the initiative. When Jesus gave the Great Commission, it was a universal command for every single Christian. There are 200 million unchurched people in the United States. Many of these people probably have no understanding of the gospel at all. Many of these people would benefit from the knowledge that anybody who reads the Bible has. This sort of thing may seem intimidating. We are too weak, young, and not articulate. That is precisely what Jeremiah told the Lord. But the Lord replied, “To all to whom I send you, you shall go, and whatever I command you, you shall speak. Do not be afraid of them, for I am with you to deliver you, declares the Lord.” Take heart, for it is not we who regenerate a heart, but the Lord, and we are merely his tools.

As we look about society, we need to meditate on the state of mankind and the absolute vanity that Americans are living in. They are so focused on their cars, their looks, their money. Everybody is just so focused on absolute nonsense. They are chasing after the wind (Ecclesiastes 1:14). They dug up their own wells that do not bring forth any water at all (Jeremiah 2:13), meanwhile there is a spring of living water for them to drink.

Despite their sin, the prophet Jeremiah loved his people. He pleaded with them, night and day, to come to Lord. He said “I wish my head were a well of water, and my eyes a fountain of tears, so that I could cry day and night for my people.” Jeremiah wept so much for backslidden Israel that he is known as The Weeping Prophet. So we must be the same with Americans. These are our people. They need to know what they have done and they need to know how to come to know the Lord.