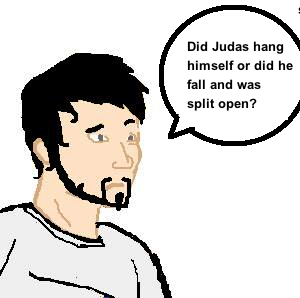 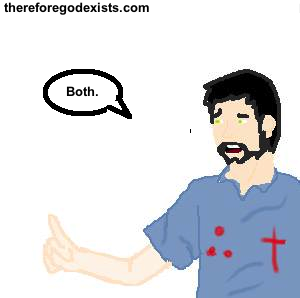 This issue has actually de-converted certain Christians and has forced a lot of laymen to question their faith. Atheists, have a challenge going around in which they tell people to write up a narrative of the gospels in which all of the facts make sense in light of the divergent details in the gospels. The assumption, of course, is that such an endeavor would cause people to lose their faith. But the Bible is the word of God (2 Timothy 3:16-17). There are no mistakes in it. So how can we make sense of this conundrum?

Further and critically, when two people recall an event, we can be certain that they will not remember it just the same. They will remember different details of the same event. Matthew and Mark only recorded when the thieves mocked Christ (Matthew 27:44, Mark 15:32), but Luke recorded the later event when one thief repented (Luke 23:39-40). This sort of divergence in details is precisely what we would expect when two people recall an event. You and your friend may have been eye-witnesses to a certain event but will have different recollections of the event. That is to be expected.

Every single one of the contradictions can be answered. The problem with people who give these long lists of contradictions is that they do not care if they are true. They do not bother to investigate or look into finding the answer. In fact there is usually a very easy solution to an alleged contradiction. They will say that there are two different accounts of Judas’ death. That is true, but they do not contradict each other. Judas hung himself (Matthew 27:5), and later his rotting corpse fell from the rope and he was split open (Acts 1:18). Jesus told men to let their good works shine before men (Matthew 5:16), and simultaneously commanded us not to be prideful, doing good works in public just to get public praise (Matthew 23:3-5). A lot of these contradictions just need a few moments of thought.

Some may be more difficult to answer. Why is the genealogy report of Jesus different in the two accounts? In Matthew, Joseph’s father is Jacob, and in Luke, his father is Heli. This is because these are two different types of genealogies. Matthew’s semitic genealogy report can apply the word “father” as somebody who was an important member of his family in distant lineage. Mark has Jesus crucified on the third hour (Mark 15:25) and John has Jesus crucified on the sixth hour (John 19:14-15). Well this is sort of like someone in California saying, “the Superbowl is at 6 o’clock” and someone in New York saying “the superbowl is at 9 o’clock.” These are not contradictions. They are just different time zones. Similarly, Mark and John were narrating different systems of time that are used by different groups.

There are no contradictions in the Bible. It is the inerrant, inspired, and authoritative word of God. You do not have to go through every single contradiction to know this. Just trust in God and in his word.