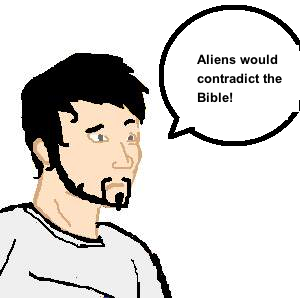 Are we alone in the universe? This is certainly a very interesting question, pondered by everybody from conspiracy theorists to eminent astronomers. There may be some sort of microbial life on Mars, and there may be beings resembling the spooky aliens that we conceive of, in a far away planet. In fact, what is even more inconceivable is that we are aliens as well. Of course, this sort of discovery is sometimes championed by atheist laymen, and protested by Christians. But this raises the question: what should Christians think about aliens? Would the discovery of aliens contradict Christian thought? 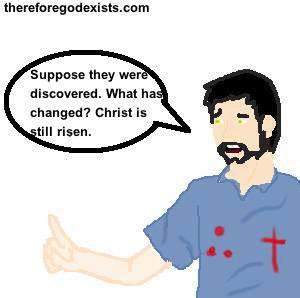 People are often under the impression that if alien life were to be discovered, mans’ faith in God and in what we regard as truth would be shattered. The Bible would be proven wrong, and men would know that there is something that is beyond them, and it is not God. They would know that there is some truth that the Bible failed to reveal. However, while the existence of aliens does raise some very interesting philosophical questions, I am not persuaded that it would stand against the biblical teachings.

What does the existence of aliens change? Let’s hypothesize for a moment that aliens did exist. There are extra-terrestrials, and the mothership is parked in our atmosphere. What does this change? Jesus Christ still died for the sins of the world and is still risen from the dead as a fact of history. The Bible is still God’s word. Isaiah still prophesied the Babylonian captivity hundreds of years before it occurred. Something still cannot come from nothing. Jesus is still the absolute revelation of God and the only way for men to come to the Father. The existence of aliens do not change that. Aliens are not powerful enough to change what God (their Creator) has said.

In fact, if our faith would be questioned by the very existence of some creature, it raises the question of whether our faith is even worth keeping. God has revealed himself. What can change that? God has raised Jesus Christ from the dead. What can change that? God has made you a new creature, you have been born again, and the Spirit testifies that you are a child of God (Romans 8:16). If God is for you, who can be against you? For I am convinced that neither death, nor life, nor angels, nor principalities, nor things present, nor things to come, nor powers, nor height, nor depth, nor any other created thing, will be able to separate us from the love of God, which is in Christ Jesus our Lord (Romans 8:38-39, emphasis added). That includes aliens.

God is a righteous judge. He must punish guilty criminals. Since you are a guilty criminal, you are subject to God’s punishment. But two thousand years ago, Jesus Christ stepped in and paid your fine. He absorbed God’s punishment that you deserve when he died on the cross. Three days later he rose from teh dead. Now what you have to is throw yourself on the mercy of God by trusting alone in Christ for the forgiveness of sin and repenting. That is what the Bible is meant to relay. Aliens are not relevant.

Did Christ die for the sins of the aliens? I think making an evangelistic effort toward the aliens would be a little odd. It would be something like making an evangelistic effort toward lions or goats or sheep. I am going to assume that death did not spread to the aliens through Adam’s sin, any more than it spread to animals. Salvation through Christ is exclusive to mankind, and there is absolutely nothing in the Bible to suggest otherwise. For us to make such a suggestion, seems to be to be absurd. In fact, on a purely intellectual level, I would be very interested to hear of their religious ideas.