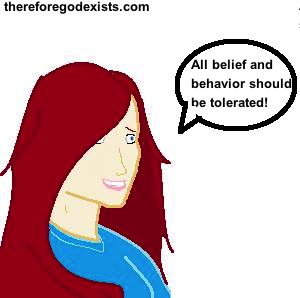 As a response to the teaching of classic fundamentalism and even the fulfilling the Great Commission, many non-believers tend to call Christians intolerant, in that they will label other human beings as sinners and disapprove of their lifestyle, and in fact even the belief of exclusivity in Christ is said to be intolerant. This seems to me to be more of an attack against a person rather than an attack against the truth of Christian theology, so I do not find it very challenging. But it certainly is interesting and frequently charged against Christians. So why are Christians so intolerant? 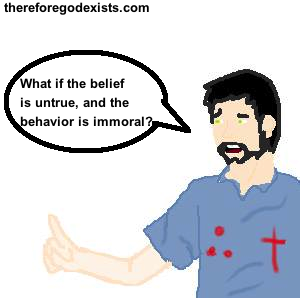 But this concession is unjustified, and this is what I intend to demonstrate in this article, for Christians are too often victim to politically correct jargon and they often also do not know how to handle such attacks, as these weapons have been sharpened by our society for the last few decades, almost rendering the basic message of the gospel a crime, or an offense. It is therefore particularly vital that my fellow Christians never concede that they are being intolerant.

There are three basic reasons to dismiss the charge of intolerance against Christians.

Is indicating a flaw intolerant?

With the growing call of Islam, atheism, post-modernism, religious pluralism, et cetera, there are a number of frontal assaults against biblical truths, and as a consequence, it is vital that we offer answers to these systems, lest we lose others to them. It is therefore the duty of the Christian to critique the system, and this is precisely what I did when I posted my article Does Allah Exist?. Despite this, I am accused of intolerance for pointing out the flaws in a system.

But that is obviously not the case. We can have respect, and love for the people who abide by the system, indeed we can even accept the system as part of our society, yet critique it to death. There is a fundamental difference between a critique and intolerance, and this should be thoroughly noted.

In statements such as, “Nobody comes to the Father except through me,” and “The way to destruction is broad, and many will enter,” the great Messiah literally preached intolerance. If a person is to accuse me of intolerance, for following Jesus’ teachings to their full extent, then it is they, not I, who is being intolerant. Intolerant of the Christian notion that there is only one salvation, one way to the Father, and that message must be preached.

This is the most central doctrine of Christianity, and to challenge it with the charge of intolerance, is to be intolerant. The accuser therefore falls into their own trap and they stand in hypocrisy.

Why Does Intolerance Matter?

It seems to me that we are so concerned with being politically correct and what is tolerant, and tip-toeing around everybody as to not offend that we have tragically forgotten to be concerned with what is actually true and what is moral.

For just think: should all beliefs, and all behaviors be tolerated? What if the belief is untrue, and the behavior is immoral? These are the most crucial questions, and yet they are not asked, because somebody might be offended.

What if I believe in intolerance, and behave in intolerance? Why is that belief and that behavior less valid? There is something of a self-defeating philosophy intertwined through this post-modernist view that has uprooted our society and our thinking, and we are blind to it because we are confined to these presuppositions.