Often people hear heartbreaking stories of apostasy, people leaving their faith in favor of some other worldview or something that they prefer. Of course, we can talk about what caused them to leave, but in truth, the only reason they leave is that they never knew the Lord and were never truly born again. They were false converts. Those who are truly saved remain in Christ forever (John 3:16). I made this point in my article, 5 Reasons It Is Impossible To Lose Salvation. So when I say that people leave Christianity, the true reason is that they were never born again nor guided by the Holy Spirit. But this manifests in multiple ways. I can think of at least 5 reasons people leave Christianity.

1 – Christians often do not practice what they preach. 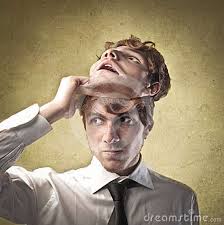 When we tell people to strive after righteousness, but then we, ourselves, do not strive after righteousness, we expose our hypocrisy. We make it evident that God has not worked in our lives. When outsiders see this, they take it to mean that our faith is a sham. When we give in to every temptation around us, how, then can we condemn others? When we are gossiping about people in the church, how can we preach love? When we make homosexuality in a hatred of the sinner, rather than the sin, how can we preach love? When we teach people to keep the law, how can we dishonor God by breaking the law?

Outsiders, and people within the church, see this. They see that people are so bigoted and hateful toward others who disagree with them. They see that Christians do not practice what they preach. So of course, they do not want anything to do with such an organization. They do not want to know about the fundamental doctrines that we preach nor do they care about what we are saying. They see what we are doing and they leave.

2 – They see the evil and suffering in the world.

Occurrences such as 9/11 often strike people deeply, and often, they tend to wonder why God would allow such a thing to occur. If God is good, and powerful, should he not want to stop these things? Why does he not stop them? They conclude that God does not exist. Of course, Christians are often willing to just say that they trust in the righteousness of God, namely, he is more righteous than we are, and we trust in him. That is usually enough for most Christians.

However, when the problem of evil becomes personal, we begin to wonder how God could allow evil in our lives. We have served God for our entire lives and strived after his righteousness, so then how could he allow us to go through this? When it becomes personal, the emotional element within the problem of evil becomes overwhelming, and therefore, people leave Christianity. However I think this is unjustified, as I showed in my article 5 Reasons Evil Does Not Disprove God.

3 – They see anti-intellectualism in the church. 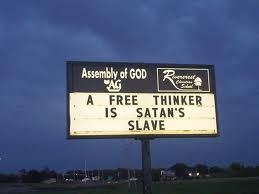 There are so many Christians who hate modern science and think that it is an enemy of Christian belief and practice. When we talk about issues such as the Big Bang, most people will say, “Well, we are Christians, we do not believe in the Big Bang.” They take such a stance despite that the Big Bang is evidence for, not against, the existence of God. But anyway, Christians will hear leaders of the congregation say that the Big Bang did not occur, and other anti-intellectual claims, and will hear their school saying the opposite.

When a student is convinced by the case for macro-evolution, or Big Bang cosmology, and they think that the Bible is inconsistent with these things, they are likely to drop the Bible. This is precisely what happens. People leave Christian faith because they see all of the anti-intellectualism in the church and just think that it cannot be true, because it is inconsistent with what they regard as established scientific truths.

4 – Christianity does not make them happy.

People are given the false hope that with Christian belief, they will gain health, wealth, prosperity and so forth. This idea of prosperity has drawn many people away from Christianity, and is represented as a sort of pop-Christianity. Televangelists, such as Joyce Meyers, and men such as Joel Osteen, attempt to use Christian practice as a means to support themselves and become very rich. They do this by tickling the ears of men. They tell them that Christianity will give them everything that their carnal hearts desire.

In contrast, the Bible teaches that the world will hate people because they follow Christ. The world will give them nothing but strife and turmoil. So when Christians are promised prosperity, and receive the promise of hatred, for their Christianity, they realize that this is not the system for them. Christianity does not make them happy. So, they leave. But of course, Christianity was never intended to make people happy in this life. The purpose of man is come to know God, and enjoy him forever.

5 – Nobody told them why Christianity is true.

Often, Christians are told that they need to just accept things by faith or not. They need to blindly believe in the existence of God, despite that they have no reason for their belief. They need to believe it, even if they think that it is not true. But this is not at all what the Bible teaches. The Bible teaches that we believe in God on the basis of our relationship with him. We know the Lord as though he were another person in our lives. Furthermore, Christians are called to give an answer, to be able to explain why they believe Christianity is true (1 Peter 3:15).

The problem, though, is that nobody told them why Christianity is true. Most young people have no idea why they believe. They just know that they do. Most Christians, when pressed, will lose an argument after 2 or 3 questions, and inevitably have questions that they cannot answer. They do not know why Christianity is true. So, when confronted with a university professor with an atheistic axe to grind, they are quickly swallowed up by it.

Do you know anybody who left Christianity? Leave a comment.