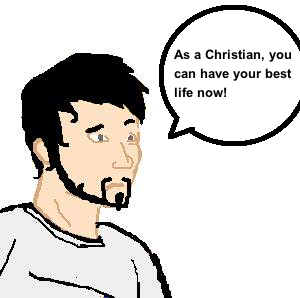 Many teachers have risen up to tickle the ears of men for the sake of the promotion of their ministry. They will promise men that they can have their best life now, that they can achieve health, wealth, fame and glory, so long as they follow their ministry, buy their book, and do exactly as they command. These teachers come under the guise of Christianity, telling people that from acceptance of the gospel, worldly prosperity will overwhelm them and they will get everything that their hearts desire. The question, though, is what the Bible teaches about this issue. So is the Prosperity Gospel biblical?

The Prosperity Gospel has always stricken me as more of a ministry strategy than a reflection of what truth is. It reminds me of the charlatans who hold a seminar, charging $50 per head and teaching people how they can “be a better you,” or “imagine what you want, and get it,” the only difference is that they are adding Christ to the formula to appeal to the Christian crowd. 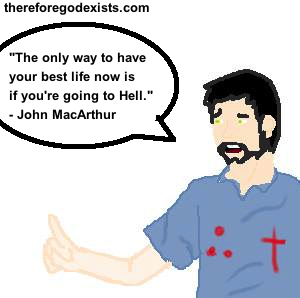 Men such as Joel Osteen will teach that you can have your best life now and offering practical advice for improving ones’ lifestyle. What I have noticed about Osteen is that he has pretty good practical advice. But his theological advice is on level with that of the man who would tell you that you can behave recklessly because God will not let you come to harm (Matthew 4:5-7).

The Prosperity Gospel, which is what Osteen advocates, is the view that if you believe the gospel and become a Christian, you will have worldly blessings, perhaps to include health, wealth, fame, and glory. Osteen remarks, “I know this is true because it works for me and my wife.” However, if he is wrong, if prosperity does not follow from becoming a Christian, it seems to me that a lot of people who believe him are vulnerable to being led astray. When they have trouble in this world, they will turn away from Christ because they think that they are not supposed to have this sort of problem. But again, it really comes back to what the Bible says. So is the Prosperity Gospel biblical?

Fate Of The Rich

Traditional Judaism often maintained that because somebody was rich, that therefore they had the blessings of God. It indicated that they kept the commandments and were in God’s favor. One could see how, at face value, they could gather that interpretation. Job seemed to gain such blessings because he was in God’s favor. However the problem is that the Bible does not teach that wealth indicates favor. The Proverbs take a balanced view on wealth, indicating that it could come either from diligence and wisdom, or from greed and immorality (Proverbs 22:16, 22-23; 28:8,20).

So when Jesus came on the scene, he was dealing with people who thought that wealth and success were a measure of God’s favor, perhaps comparable to contemporary adherents to the Prosperity Gospel. Christ very soundly and thoroughly rebuked people and clarified the truth. When a rich man approached Jesus and claimed to be righteous, Jesus commanded him to sell everything that he owned, and then come to follow him. He went on to say, “I tell you, it is easier for a camel to go through the eye of a needle than for someone who is rich to enter the kingdom of God.”

Jesus wanted them to know that just because they were rich, that did not indicate that they had God’s favor. In fact, for the rich man to have God’s favor, he was to follow Christ, and in that context, required that he sold all of his things. Far from promoting the Prosperity Gospel, Christ taught that if this person was to follow him, he must sell of his things, lose his worldly prosperity for the sake of a greater calling. This was the case when he called all of his apostles, commanding that they leave their family (Matthew 19:29), not even giving provision to bury their dead (Matthew 8:22).

Persecution For The Gospel

But in addition to commanding men to leave their lives behind, Jesus warned that they would be persecuted and hated because they travel under the name of Christ. What most people want is to live in peace, to have a nice place to live and have people who they love surround them. But Christ told them that they would have none of that. In fact, he told them that in the midst of their nice place to live surrounded by people who love them, he would bring a sword. “For I have come to turn a man against his father, a daughter against her mother, a daughter-in-law against her mother-in-law. A man’s enemies will be the members of his own household.”

In saying this, he meant that even the family of those who follow Christ would disagree so strongly that they would turn against them. Far from peace, and our best life now, there would be persecution and loss and hatred. Jesus promised that because we are his disciples, the world will hate us (John 15:18). In fact, he speaks against those who are not able to endure persecution for the sake of God (Matthew 13:1-23).

This was manifestly brilliantly as the champion of our salvation, the head of the church and God incarnate was brutally murdered, enduring the sheer wrath of God, for the sins of the world. If the world did not spare Christ of hatred, it surely would not spare his followers. Therefore his followers have been persecuted and murdered from the very beginning, as the apostle Stephen was stoned as the early church was rising from the group (Acts 7:54-59). Men are even beheaded for their faith in Christ, both in the Bible (Revelation 20:4) and in the modern world.

Paul explained that he and his fellow apostles had been beaten, jailed, and mobbed, overworked and have gone without sleep or food (2 Corinthians 6:5). This is the promise of a Christian. We are not promised to have our best life now. We are promised the faithfulness of God and the image of the Son (Romans 8:29).