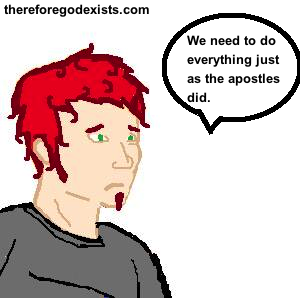 Is the apostolic age over? In what manner is the Holy Spirit revealing to people? It seems to me that this has been hotly debated since even before the life and death of Christ. There was a period of about 400 years in which the heavens were silent; there was no new prophecy and no new inerrant, inspired, and authoritative Scripture to be written, until the time of Christ. Some did not buy this and attempted to insert Scripture during this time. This is why some believe that the Apocrypha belongs between the Old Testament and the New Testament. A similar debate has arisen over what is known as the apostolic age.

The apostolic age is the period in which the apostles of Christ lived, speaking and writing authoritatively, and bearing the gifts of the Holy Spirit (1 Corinthians 12). 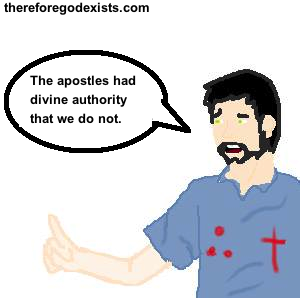 The majority of the evangelical community maintains that the apostolic age closed long ago, and some even believe that with its’ closure, the disbursement of spiritual gifts went with it. However, certain groups have arisen and maintain that we are to do everything as the apostles did. For some, this includes speaking authoritatively as the apostles did, or perhaps just exercising the spiritual gifts.

This is an issue that has often caused Christians to separate, arguing that to be part of the New Testament church, we must maintain the formula that was prescribed by the original apostles. That is to say that we must do everything exactly as they did. They believe that the apostolic age began during the ministry of Christ, and continues indefinitely, even after the death of the apostles. But are they right? Is the apostolic age over?

When the apostles spoke to a synagogue, they were taken to be authoritative in their teachings and their doctrine. They were literally inspired by the work of the Holy Spirit, and as such, were authoritative, inerrant, and inspired in this way. When they wrote their letters to the churches, they did so because they could not visit the church personally at that particular time, and the letters were meant to be authoritative substitutes. In their physical absence, their letters would represent their inerrant, inspired, and authoritative doctrine. This is from where we get the New Testament.

But at the close of the apostolic age, the Scriptures had been completed (most of it before the destruction of Jerusalem in AD 70, and the rest of it by the close of the first century). The Scriptures are meant to be our sole source of authoritative truth; they are absolutely sufficient guides for living a Christian life. As Paul wrote, “All Scripture is God-breathed and is useful for teaching, rebuking, correcting and training in righteousness, so that the servant of God may be thoroughly equipped for every good work.” (I argued this point thoroughly in my article Is Sola Scriptura Biblical?)

But if the Bible is a completely sufficient guide for Christian living, it seems to me that we no longer need somebody to speak doctrine in an authoritative, inspired, and inerrant manner. We have the Bible. But if we are still in the apostolic age, then it follows that we must have apostles who teach can teach us doctrine in the same way that the apostles did – through only the witness of the Holy Spirit. The problem, though, is that the Bible is the sole authoritative source of doctrine since the apostles have died. To say that we are still in the apostolic age is to say that we need something more than the Bible to teach us doctrine and live Christian lives.

During the time of the early church, God provided signs from Heaven to indicate that he was truly with these apostles. Those who were receiving the message of Christ from the apostles were not supposed to take the apostles at their word, but rather were given supernatural confirmation. This manifested in the spiritual gifts that we find in 1 Corinthians 12. God made a provision that was meant to get the early church off of its’ feet. But that is not a perennial provision (Of course, God blesses who he pleases, but many interpreters argue that they are no longer handed out as spiritual gifts).

The purpose of signs was fulfilled during the time of the early apostles, which of course was to bring unbelievers into belief in the risen Lord (1 Corinthians 14:22). Paul clarifies this as he writes about the cessation of spiritual gifts. He declares that so long as there is life on earth, it will be accompanied by love, faith, and hope. But he contrasts this against prophecy, knowledge, and tongues (obviously referring to the spiritual gifts) and concludes that when completion comes (presumably the completion of the biblical canon), then these spiritual gifts would also cease (1 Corinthians 13:8-13).

Now that we have the completed written word of God, profitable for all righteousness (2 Timothy 3:16-17) when applied to ones’ life, the spiritual gifts have ceased. But I say again, that is not to say that God does not sometimes use people in this way. But to expect it to be applied as it was during the apostolic age (in the book of Acts) does not make a lot of sense.

One Thought to “Is The Apostolic Age Over?”