Several traditionalists have taken a rather hardline stance against many of the brethren. It is maintained among some that for a Christian to deny the existence of a literal Adam and Eve is an act of impiety. They are behaving immorally, robbing the Bible of its’ authority in the matter and allowing our scientific endeavors a greater clout. The question is, must Christians believe in Adam and Eve? If they deny the existence of Adam and Eve, is that an act of impiety? If it were, a serious charge may be raised against many contemporary Christians who are compelled by the scientific evidence regarding population genetics, as most experts in the field argue that there was not an original pair of human beings from which the entire race sprouted. 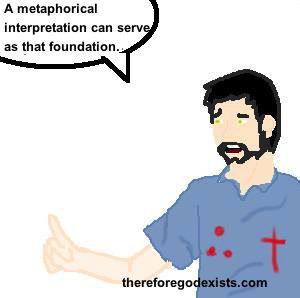 But that is quite challenging to the traditional narrative of the Adam and Eve story that is maintained in many Christian circles. They suggest that Adam and Eve were the first couple, and all of us are literally their descendants. Sin came into the world through them, hence infecting the entire human race. In this way, we all have been imputed guilt. We all have this sinful and fallen nature as a consequence of our father, Adam. That is what is oft held, and anyone with a Sunday school education could recite that story for you.

But suppose a Sunday school adherent goes to high school or college and learns about population genetics. Suppose they learn that human beings evolved from lower animals, and there was no original pair. Is this advancement in knowledge tantamount to denying the Christian faith? Does this Christian who is compelled by the evidence for evolution have to leave their faith? Must Christians believe in Adam and Eve?

What is the gospel? The gospel does not entail the story of Adam and Eve. A Christian can be born again just by hearing the preaching of a faithful servant of Christ (Romans 10:14-15). They may hear the depravity of their sin, contrasted against a holy God (Romans 1:18). They may be told that if they want to be right with God, they have to live a perfectly moral and perfect life from the time they are born until the time they die (Mark 10:19), because God cannot have sin in his sight. Sin is what separates us from God (Genesis 3:23). They may be told that even if they lived their entire life, starting today, without blemish, in perfect holiness and love for others, they would still stand condemned before God for the sins they already committed. A person can be convicted of these things without ever hearing about Adam and Eve and the original couple.

This person would be overwhelmed by the Holy Spirit, feeling the weight of their sin and their inability to reconcile with God. They may be as a drowning man, flailing their arms and legs below the waves, helpless to save themselves. But then they hear the gospel. God the Son came and died in our place (Romans 3:25). He died the death that we deserve. The unrighteousness of man was put on Christ so that the righteousness of Christ could be put upon man. When Jesus was murdered, all of God’s wrath that we deserve was placed upon him (1 John 2:2). As a consequence of that, he offers us eternal life as a free gift. They may be told that if they want to receive this free gift (Romans 6:23), they need to put their trust in the promises of God on the basis of the sacrifice that Jesus made (Romans 4:5), the price that he paid on their behalf. They may hear this message and put their trust in Christ and be born again (2 Corinthians 5:17).

However, one might pose the challenge that in the absence of the story of Adam and Eve, there is no basis for original sin. In this way, a gospel without Adam and Eve is lacking. Is that true?

The scriptures as a whole testify to the fallen state of humanity. Paul the apostle recalls the Psalms, writing, “There is no one righteous, no, not one.” (Romans 3:11). If we want a foundation for the fallen state of humanity, we need only appeal to the Scriptures which testify to it. Further, even if it were the case that the story of Adam and Eve were a theological myth, that is not to say that they are a lie (and I will go into this more in the next subsection). We can still glean truth from them. If the Christian wishes to deny the historicity of this story, they argue that Adam and Eve stood as metaphorical figures representing the fallen state of humanity. Must Christians believe in Adam and Eve? Well, it seems that one can still maintain Genesis as a foundation for original sin, even if it is not literally true.

Parables are not lies. Genesis would merely be taken as a different genre of literature. But different genres of literatures are not lies and they are not destructive to the authority of the Bible. If somebody were to deny the theological truths that are gleaned from Genesis, then they would be wrong and sinful. A Christian must believe in original sin and the fallen state of man. But must Christians believe in Adam and Eve? Literally? I do not see any reason that we have to think that.

Does this compromise Paul’s writings? Another risk commonly associated with this interpretation of Adam and Eve is that is allegedly devalues the letters of Paul. He seems to regard Adam as a historical figure when he compares him to Jesus. Paul writes, “For if the many died by the trespass of the one man [Adam], how much more did God’s grace and the gift that came by the grace of the one man, Jesus Christ, overflow to the many!” (Romans 5:15). Paul seems to be using Adam as a historical figure.

However, the audience to whom Paul wrote would not necessarily see it that way. They were in a cultural wherein they would adhere to a process known as inner-biblical interpretation. They were not so much concerned with the past and re-telling history, as they were with the present. The past was a mechanism for explaining the present, and it could be manipulated at the whims of the writer. But that is not to say that they were lying. The audience was familiar with this breed of writing, and there would be no compelling reason for them to think that Adam was an actual figure on the basis of what Paul said. Must Christians believe in Adam and Eve? Not necessarily. It seems that Paul was using Adam to expound upon the grace of God and the free gift of eternal life.

Must Christians believe in Adam and Eve? It seems that with the advent of modern science, Christians are abandoning their faith because they think that it is somehow incompatible with science. However, we do not need to make this a battle between faith and science. Rather, we need to emphasize the context in which this literature is written. When we do that, the tension evaporates. A literal Adam and Eve are not necessary for the Christian to have their salvation nor to be consistent in their theology.

However, it is possible to maintain a literal Adam and Eve, and be consistent with the scientific record. I expounded upon this possibility in my article Do Adam And Eve Disprove Evolution?