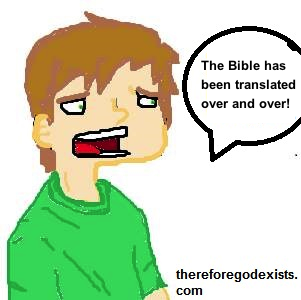 There are certainly more than 7 misconceptions about Christianity, however I am writing about many of those that we encounter frequently. These are claims that people make who typically are not very engaged in the issues, but are just sort of repeating what they heard before, or what sounds good to them. When people want to challenge Christians, or just sort of mess with them, they will whip out one of these one-liners. I will explain why each of these 7 misconceptions of Christianity do not work, and how we, as Christians, should reply to them.

First Misconception: “The Bible has been translated over and over, so that it looks nothing like the original!” 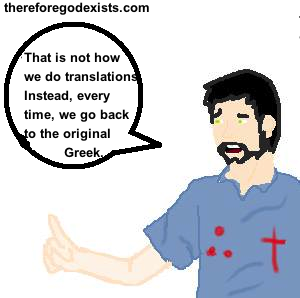 The idea here is comparable to the game of telephone that children play. The first person whispers something in the next persons ear, the next person repeats what they heard, whispering it to the person after them. By the time it gets to the end of the line, it looks nothing like it what the first person said. This is what people will say about the Bible. They will say that it has been translated so many times, that it is indistinguishable from the Greek manuscripts that were written shortly after the life and death of Christ.

Second Misconception: “You can make the Bible say anything you want!”

It is true that many people do try to twist the Bible to form their own interpretations. However we can say that about virtually any document. I could isolate sentences from their context in anything, to make it say what I want it to say. I could isolate sentence from The God Delusion to make it appear as though Richard Dawkins were a Christian. But that is not the intention of the author.

So when we are reading the Bible, we cannot make it say whatever we want it to say. We need to find the intended meaning of the author. The original author had an intended meaning, and that is what is being projected from Christians. Somebody may be able to go in and take a verse out of context, but that does not mean that they are making the Bible say what they want. It means they are just taking it out of context, but the original intention of the author remains the same.

Third Misconception: “The Bible Is Outdated!”

The Bible is not outdated, it is just old. There is a difference. Now there are some laws in the Old Testament that no longer apply. These were laws that were meant to govern a specific people in a specific era. However, the Bible itself is not outdated. There is plenty of practical trans-era advice, such as in the wisdom literature, like the Proverbs. But even more importantly, the Bible contains the words of eternal life, applicable to all people of all generations.

I wrote more about this in my article Is The Bible Relevant Today?

Fourth Misconception: “Adam and Eve were a myth!”

I wrote more about this in my article, Genesis 1-11: Myth Or History?

I wrote more about this in my article, Are Denominations Good Or Bad?

It is true that many Christians are too light on their study of the Old Testament. However we do not disregard it. It is part of the inerrant, inspired, and authoritative word of God. Christ himself quoted from it, regarding it as authoritative, and taught that it will never pass away so long as the earth exists. With that in mind, Christians who follow the examples of Christ do not disregard the Old Testament.

I wrote more about this in my article, Should Christians Read The Old Testament?

This presupposes that all scientific discovery conflicts with belief in God. If we believe in science, that means we believe in something that eliminates the need for God. Thus, Christians must deny science. However the problem is that naturalistic explanations (as revealed by science) are just the description of how God created something. The Big Bang, for example, was just the description of how God brought the universe into being. With that in mind, there is no conflict between God and science. Indeed, science is often used as a premise in an argument meant to prove the existence of God.

I wrote more about this in my article, Does The Big Bang Disprove God?