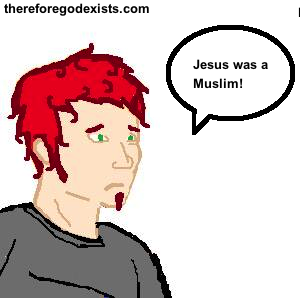 The Qur’an makes very radical claims about Jesus that contradict almost all historical scholarship (aside from that of committed Muslims). They hold that Jesus himself was a Muslim, a mere prophet of God, and in fact, his disciples were Muslims. The Qur’an attributes to the disciples the following statement: “We will be helpers of Allah. We have faith in Allah, and bear witness that we are muslims” (Surah 3:52). Thus the Qur’an teaches that the disciples of Christ were in fact Muslims. So, then, were Jesus’ disciples Muslims?

Now this would make sense, if it were the case that Jesus was a Muslim. If Jesus was a Muslim, it would follow necessarily that his disciples were also Muslims. This is because of the nature of following a teacher in ancient Judaism. 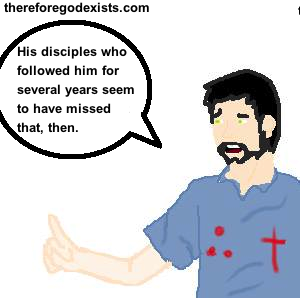 Boys would spend their childhood studying and in fact memorizing the Torah, and when the time came that they felt they were prepared, they would approach a teacher and ask to follow him and be his disciples. If the teacher thought he was prepared, he would accept him. If he did not, he would tell the boy to take on another trade, and that serving the Temple was not the life for him.

However this was not a normal classroom setting that was being taken on. When becoming a disciple of a teacher, they did not only attend their classes, but they followed them everywhere they went. The teachers’ goal was such that they would pass on all of their knowledge and all of their character to their disciples. The goal of the disciples was to mimic the teacher, that when the teacher died, it would be almost as though they did not die, because their disciple was a replica of them. Thus if Jesus was a Muslim, his disciples, such as Peter, were also Muslims.

Now this raises a tremendous conundrum for Muslims, because the disciples made frequent claims that contradicted the tenets of Islam.

Jesus As The Son of God

When attempting to challenge Christians to give evidence for the deity of Christ, Muslims will grant the four gospels. They will ask if we can name one place wherein Jesus claimed the be God in the four gospels. But in doing this, they have conceded far too much, because the gospels claim not only that Jesus was the human version of the invisible God, but that he was the divine Son of God. Despite that, the Qur’an claims that God has no sons. It says, “They say, ‘God has begotten a son.’ God forbid! Self-sufficient is He” (Qur’an 10:68). The Qur’an rejects the concepts of Jesus as the Son of God.

Despite that, those who were closest to Christ and followed him for three years on earth believed and claimed that he was the divine Son of God. Peter confessed that he knows that Jesus was not only the Christ, but, he said, “You are the Christ, the Son of the living God,” to which Jesus replied, “Blessed are you,” (Matthew 16:15-17). When Jesus walked on water, his disciples worshipped him, and said, “Truly, you are the Son of God.”

The gospels very clearly reveal that Christ was regarded by his disciples as the Son of God. But further, Peter described the transfiguration in his second letter. That is to say that Peter, a disciple of Jesus, testified that he was caught up in a cloud with Jesus, Moses, and Elijah, when a voice from heaven (God) said, “This is my Son.” But this seems difficult to reconcile with the idea that Peter was a Muslim. Peter believed and taught that Jesus was the Son of God. Remember, if Jesus was a Muslim, then Peter was also a Muslim. But if Peter is teaching that Jesus is the Son of God, then he rejects the Qur’an’s claim that God has no sons. Therefore, Peter was not a Muslim (as the Qur’an said he was). Therefore, it is improbable that his teacher, Jesus, was a Muslim.

Muslims typically regard Paul as one of the biggest heretics and distorters in the history of the world. They believe that the Islamic prophet Jesus came, teaching the tenets of Islam and telling people to worship Allah. But then Paul followed and radically and fundamentally altered these teachings. But the problem with this is that Paul did not distort the teachings of Jesus.

As a replica of Christ, as teachers strived to make their disciples, certainly Peter’s letters would have offered a full rebuttal and refutation of Paul’s doctrine. Alas, far from contrasting Paul, Peter supported Paul’s writings, and in fact even referred to it as Scripture! He wrote of Paul’s letters, “He writes the same way in all his letters, speaking in them of these matters. His letters contain some things that are hard to understand, which ignorant and unstable people distort, as they do the other Scriptures, to their own destruction” (2 Peter 3:16). Thus Peter affirmed the teachings of Paul as Scripture.

It seems to me then that if Islam is the truth, then Jesus must have failed to raise proper disciples. He was an improper teacher and an improper prophet. All of his disciples went in a radically different direction from his teachings. If Peter were truly the disciple of a Muslim, he would have affirmed the Islamic teachings in his letters, and strongly rebuked the teachings of Paul. But instead he taught that Paul’s letters to the churches were Scripture.

Therefore, Peter was not a Muslim, as the Qur’an said. Instead, he was a Christian. It is therefore overwhelmingly more probable that Jesus taught Christian theology to his disciples.