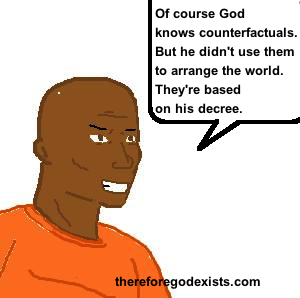 Scripture is replete with references to what is known as counterfactuals of creaturely freedom. These are descriptions of what creatures would do given other circumstances. Paul asserts, for example that “None of the rulers of this age understood this; for if they had, they would not have crucified the Lord of Glory.” (1 Corinthians 2:8). If the rulers of this age possessed certain information, then they would not have crucified Jesus. God knows what these creatures would do given other particular circumstances. Similarly, when David was fleeing from Saul, he asked God two questions, first, “If I stay in this city, will Saul attack it?” and God answered, “Yes.” He pressed the further question, “If Saul attacks, will the people of the city turn me over?” and God answered, “Yes.” (1 Samuel 23:6-14). But neither of these events came to pass. This is therefore knowledge of what would happen in other circumstances. We regularly employ this sort of knowledge, as we assess things like, “If I pull out into traffic, I would get into an accident.” We know the truth-value in these counterfactuals. Since there is truth-value in them, it follows that God knows the truth-value. 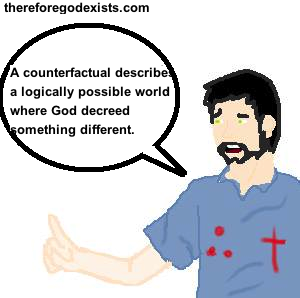 Determinists have often been keen to say that there are no true counterfactuals. There is no truth-value in such propositions, because they are not actual. But that seems like a stance that would be difficult to rationally maintain, for we can plainly see these counterfactuals in Scripture and we use them in our daily lives. Therefore, there are other determinists who argue that God does know the truth-value in counterfactuals. But, they suggest, these counterfactuals are grounded in God’s decree. He decreed every event and movement that will come to pass. He decreed all of the conditions of the universe. Therefore, he knows what would happen if one were to remove these conditions. But since his knowledge of counterfactuals is based on his decree of what will come to pass, he does not use this knowledge to arrange the world as Molinists claim. So is God’s knowledge of counterfactuals based on his decree? 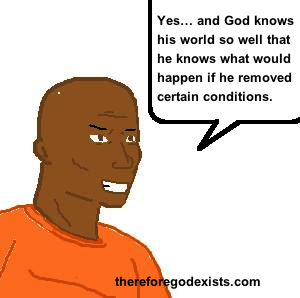 Counterfactuals describe a world where something different was decreed. Consider the counterfactual claim, “None of the rulers of this age understood this; for if they had, they would not have crucified the Lord of Glory.” If the rulers had known some fact, then they would have done something differently. Of course, this is not descriptive of the actual world. It is descriptive of some possible world. In some possible world, God decreed that the rulers of the age had some information and therefore did not crucify the Lord of Glory. God would have had to create a different world for this to occur. Since all of mans’ actions are rooted in God’s decree, this counterfactual describes a world wherein God decreed that the rulers did understand therefore did not crucify the Lord of Glory. It describes a different possible world. 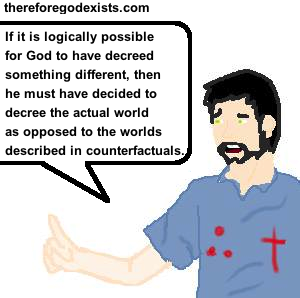 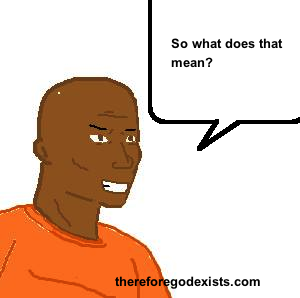 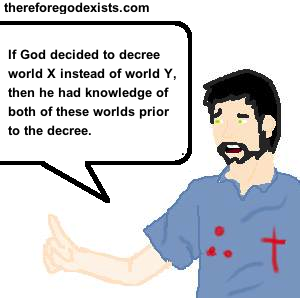 The determinist might be inclined to say that it is logically impossible for God to create a free creature. It would be something like creating a square circle, or a rock too heavy for himself to lift. It would compromise his sovereignty. However, by introducing Molinist thought to this paradigm, the tension between sovereignty and freedom seems to be distilled. The Molinist asserts that God is sovereign over the free choices of men. He puts men in certain situations knowing that they would freely choose to bring about his will. This would retain the highest conceivable view of sovereignty while establishing the freedom of man.

So I do not think there is any incompatibility between sovereignty and freedom of the will. Therefore there is no reason to think that it is logically impossible for God to bring forth a free creature. Since it is logically possible for God to bring forth a free creature, he therefore knows and understands how this free creature would react given any possible circumstance. Is God’s knowledge of counterfactuals based on his decree? Well that makes the unjustified assumption that freedom of the will is logically impossible.