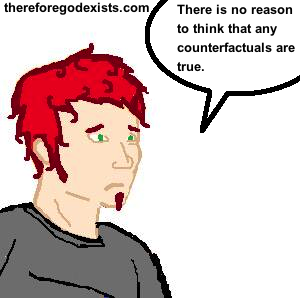 How could God be both sovereign and actualize a libertarian anthropology? This is an old philosophical question that has stricken the minds of men for generations. Do we actually have free will, and if we do, how could we say that God has predestined everything? This has led some to sacrifice the predestinarian element to sustain mans’ freedom. Open theists argue that God does not even know the future because if he knew the future, man could not truly be free. Similarly, determinists argue that man is not truly free because if he was, then God would not be sovereign over his creation and his predestination would be compromised. Ironically, there is a sort of union between Calvinists and open theists about this point: it is impossible to maintain God’s sovereignty and a libertarian anthropology. However, philosophers who were confronted with this problem have not been satisfied to just throw up their hands in despair at this philosophical quagmire. Instead, I propose a model of God’s predestination and sovereignty known as Molinism. I write this article in defense of Molinism. 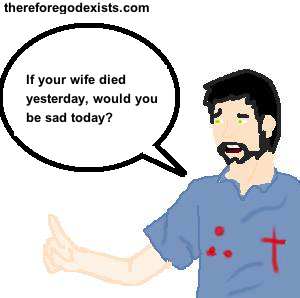 Molinism is a philosophical reflection upon the biblical data. It recognizes truths and it interprets them. It recognizes the truths that God is sovereign and man is free and interprets these truths. Molinism propounds that God has put men in situations wherein he knows that they will freely choose to bring about his will. This knowledge is usually styled middle knowledge. God knows what we would do in any situation, and accordingly, has arranged the world so that free creatures will bring about his will. Molinism, therefore, maintains that God is sovereign even over the free choices of men. In defense of Molinism, this is an even higher view of sovereignty than the determinist, for the determinist would have to say that God is incapable of being sovereign over the free choices of men. 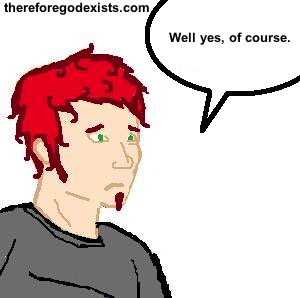 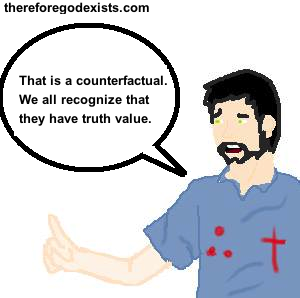 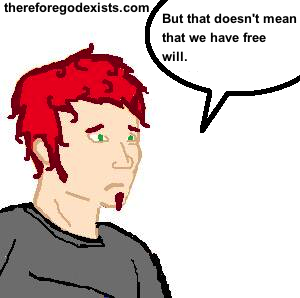 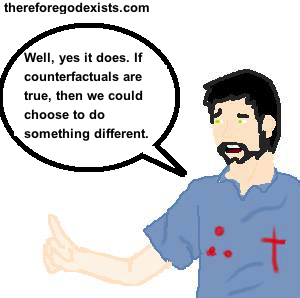 Molinism is the highest possible view of God’s sovereignty. I have pointed out several times on this blog and in debates that the sovereignty of God is the thesis statement of Molinism. Molinism is more concerned with the sovereignty of God than anything else. If we were to remove the sovereignty of God, we would no longer have Molinism. For sovereignty is essential to God’s nature. If he were not ruling over his creation, then he would no longer be God. But Molinism maintains that God is sovereign over everything, including the movement of a quantum particle and the falling of a leaf from a tree. God is sovereign even over the free choices of men. For he ordains our free choices and puts us in situations wherein we will freely choose to bring about his will.

The Calvinist, on the other hand, is left to say that God could never be sovereign over mans’ free choices. If man were free, God would not be able to control him. God would never able to accomplish his purposes using mans’ freedom. He is just not wise enough to do it. The only way for God to maintain his sovereignty, to control his creation and to bring about his will is to preprogram everything that will occur. The Molinist maintains that this is a low view of sovereignty. God’s sovereignty and dominion is such that he can rule over the free choices that men make. He is sovereign over the free choices of men. In defense of Molinism, it is the highest possible view of God’s sovereignty.

But is man free to do something outside of the influence of his nature? Often Calvinists will maintain what they call compatibilistic freedom. That is to say that man is free to choose a vast range of sin. Their nature is sinful, and so they only choose evil and never good. Now, I agree with that proposition. But this idea of compatibilistic freedom, when coupled with determinism, is not a true freedom. For on compatibilistic freedom, mankind can only do what he has been determined to do. He is not free to commit a vast range of sin right now. He can only commit the sin that God has predestined him to commit. A man who stole a purse could not have chosen instead to flatten their neighbors’ tires. He was necessarily going to steal that purse.

The Molinist agrees that sinful man can do only that which aligns with his nature. He will always choose evil and never good, not because something is keeping him from doing good but because he hates goodness (John 3:20). Only but the grace of God can the sinful man overcome this. But what the Molinist can offer to this man is the option to steal the purse or flatten the tires. It is true that, “If I had not stolen the purse, I would have flattened those tires.” That is a live option and a true counterfactual. In defense of Molinism, then, we are not denying that mankind does what is in accordance with his nature. I believe in original sin. But I also think that a sinful man is free to choose any sin that he wants to commit. This is what is known as soft libertarianism.

Molinism has broad explanatory scope. People tend to associate Molinism exclusively with soteriology. But Molinism takes no particular stance about soteriology. I am personally a Reformed Molinist meaning that I believe in the doctrines of grace and Molinism. Most Molinists are Arminians. But Molinism is much more broad than that and can answer more questions than merely the salvation of God’s elect. In defense of Molinism, it has broad explanatory scope. A person could be convinced of Molinism even without ever hearing about how it corresponds to the salvation of God’s people.

Molinism can answer questions concerning the inspiration of Scripture. How can Scripture be confluent – both the word of God and the word of man if God did not verbally dictate Scripture to these men? By introducing Molinist thought, we realize that it is possible for God to have put men in situations where he knew that they would communicate his written word. Second, Molinism lends to the doctrine of perseverance of the saints. Some Molinists would suggest that God has redeemed his people such that while it is possible for them to fall away, they never will. God has created conditions, such as the warning passages against apostasy in Scripture (Hebrews 6:4-6) and the guidance of the Holy Spirit (Hebrews 12:8-10) that preserves his saints. He knew that if he put men in this situations, that they would not fall away. In defense of Molinism, it has explanatory scope, interacting with and offering insight about a broad range of doctrines.

There is much utility in pondering counterfactuals. While the determinist will be forced to deny the very existence of counterfactuals as they apply to the actual world, the rest of us may recognize how fruitful they can be. We often use them and apply them in our daily lives. They are very pragmatic. When we realize that we are using them, we can wield them in a much more effective manner to manipulate future circumstances. Competitive athletes know that if their opponent makes a particular move, then they will react in a particular way. Chess players will recognize the same thing and engage in proleptic thought.

But if they deny the existence of counterfactuals, they will not only fail to recognize their utility but also will never be able to plan ahead. They will never bring an umbrella on the condition that it might rain. They will never buy a first aid kit or a fire extinguisher or an extra lightbulb. For the counterfactual, “If I start a fire in the kitchen, I will use this to put it out,” has no truth value. But in defense of Molinism, it will help you to begin to consider the world in counterfactual terms and apply this in a pragmatic way.

In Defense Of Molinism. Of course, none of this proves that Molinism is true. It serves as evidence that God possesses middle knowledge and that he has actualized a libertarian anthropology. But we cannot say for certain that God has used his middle knowledge to actualize a libertarian anthropology. Molinism is a model. It is an exercise in philosophical theology. We can say that there are good reasons to believe it, but we can probably never know that it is absolutely true.

However, in defense of Molinism, we can say the truth value of counterfactuals as applied to the actual world serves warrants the inductive conclusion that God used his knowledge of these counterfactuals to actualize libertarian anthropology.