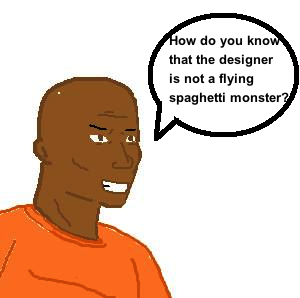 Is The Universe A Design? In history when men have presented designer hypothesis, admittedly, they were often guilty of being what is known as God Of The Gaps, which is to say that we do not know how a certain phenomenon came to be, and therefore it must have been God. As far as I can tell, this is the case in William Paley’s watch argument, and I often cringe when I hear my fellow Christians reciting the words, “Picture a watch…”

Now I love evangelism and arguments from design and so forth, however, when posed with a question of the validity of the scriptures, and we appeal to the complexity of human beings, I think my brethren are often setting themselves up to be steam rolled. Even if we grant that human beings are so complex that they require a designer, God so revealed by the scriptures would not be a justified consequences of the argument. 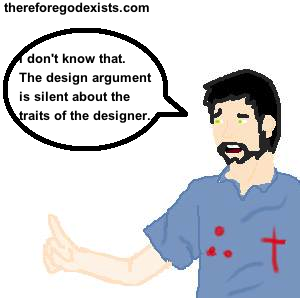 In the same way, if the universe is proven to be a design, we cannot tell anything about the designer, aside from the fact that it is a designer. It may be the case that the designer of the universe is a Flying Spaghetti Monster, but the traits of such a creature would be unjustified given the data provided by design evidence. It may also be the case that this designer had a transcendent cause beyond itself. The question under consideration is not in regard to the attributes or traits of the designer. The question under consideration is whether there is a designer at all.

The traits of that designer, whether it had a cause beyond itself, whether it revealed itself in mankind, whether it is benevolent, are simply not relevant to whether the universe is a design. Such things can be left in open question for future inquiry, but in this dialogue, they are completely irrelevant.

Having said that, I think my debate partner, who I will address as Martin, will be relieved that I am beginning this discussion with a note of common ground, namely, I do not think that complexity logically entails design.

Complexity Does Not Entail Design 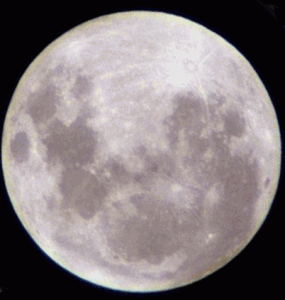 A good example, I think, may be what is known as the “man in the moon,” which is basically a series of craters in the moon that appear to be a human face when you can see the entire full moon. There is obviously a certain degree of complexity, but I would not argue that therefore, the designer of the cosmos imprinted his face in the moon. Instead, I acknowledge that it is just a coincidence. Complexity does not entail design.

In contrast, suppose there were a series of missiles colliding into the moon and they spelled out the words, “Hello, earthlings.” I think we would obviously all say that this was a design by a designer, presumably, alien life. It is not the level of complexity here that suggests design, though. There may be things more complex that we would not recognize as design. Rather, what suggests that it is design is the corresponding pattern.

In fact when NASA explores the universe for intelligent life, they look for very basic patterns, like a series of prime numbers. Patterns suggest intelligence. 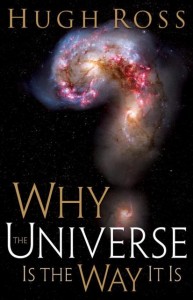 In the case of the cosmos, there is an extraordinary set of patterns, falling into a vastly small probability, which correspond with the existence of sentient life. They are what are known as Anthropic Constants. To explain Anthropic Constants I think I can take you back to the boyhood awe that I had. In third grade, I learned that the sun is placed just so, and if it were any different, life on earth would not exist. That is an Anthropic Constant.

This example by itself, could, of course, be dismissed as a coincidence. However there are 122 Anthropic Constants, and they apply not only to life on earth, but also to sentient life across the entire known universe. I will appeal to yet another example.

Suppose we had a ruler that stretched across the entire known universe, marked in inches. Gravity is on a particular inch mark (I know that gravity is not measured in inches or distance, this is a mathematically equivalent illustration). If gravity were moved to any other inch mark, there would be no sentient life in the universe. So the same with the expansion rate of the universe, the balance of matter and anti-matter, and so on.

Challenged by the discovery of the Anthropic Constants, the atheist astronomer Fred Hoyle remarked, A common sense interpretation of the facts suggest that a super intellect has monkeyed with physics, as well as chemistry and biology, and that there are no blind forces in nature.

The enormous pattern that corresponds with the very ability for any sentient life to exist has convinced multiple scientists such as Robert Jastrow, a former agnostic, as he explained in his book God And The Astronomers, and the former atheist Anthony Flew, as he explained in his book There Is A God. A design hypothesis is not something that is regarded as laughable by honest seekers given the available data. They are instead often regarded as very challenging given in the design in the cosmos. 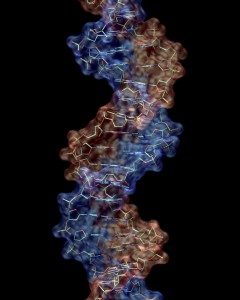 Often a naturalistic account of how life came to be would entail an explanation of a grueling process of natural selection, including mutations, adaptation, and so forth, and this is how we can explain the complexity of human beings. Rather than looking to a human being and saying that we must have had a designer, we can look to a human being and say that we came from a lower primate, and eventually, if you follow our ancestral heritage, we will find a one-celled amoeba. Simplicity to complexity.

This may have made sense in the day of Charles Darwin, because a one-celled amoeba does not appear to be all that complex. But with the discovery of the DNA molecule, we find that a one-celled amoeba is extraordinarily complex, and not complex in the way that the man in the moon is complex. This is what we can regard as specified complexity (which is basically what I explained in the previous section, namely, complexity that has a corresponding pattern).

Note well that this is not an argument against macro-evolution. This is an argument for the specified complexity of DNA, which is consistent with macro-evolution. To explain what I mean, consider the illustration that I used above, that if a series of missiles spelled out a message, we would immediately assume that there was a mind behind that message. We would not think that space junk collided into the moon to coincidentally spell out “Hello, earthlings!”

Similarly, if you found a box of overturned alphabet cereal with a bunch of pieces spilled onto the table, and they spelled out the sentence, “Take out the garbage. – Your loving wife,” I do not think we would be compelled to say that the box randomly spelled out that phrase after being knocked over. Instead we would immediately recognize that this message came from an intelligent mind.

In the same way, the messages provided by the DNA molecule prove that there must be a mind behind it. DNA is like a language, the only difference is that it has 4 letters instead of 26, and as Richard Dawkins pointed out in his book The Blind Watchmaker, DNA has more information that 1000 encyclopedias combined. This is to say that if we were to take the four letters of the genetic alphabet and write out all of the information in DNA, we would have more information than 1000 encyclopedias.

We can ask, “who is the designer?” as a further question, but we cannot ask who the designer is as an attempt to refute the notion that the universe is a design.

2 Thoughts to “Is The Universe A Design?”