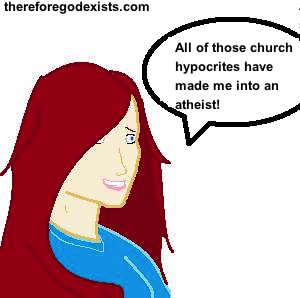 So your experience and observation have developed you to confess, “I think I am an atheist.”. It may be difficult to pinpoint the precise reason; perhaps you do not even know yourself. Perhaps you dislike the institution of church, perhaps you see the hypocrisy in those who call themselves Christians, perhaps your prayers are never answered, or maybe you just do not see any reason to believe that the Bible is the word of God anymore. I understand that, and I respect that.

However atheism has developed into something radically different than it was just a few decades ago. Atheists such as Bertrand Russell, Friedrich Nietzsche, Jean-Paul Sartre, I am persuaded, would just be appalled at the sheer ignorance that is often displayed in atheist circles. They represented an atheism that was very unlike that which is represented today. 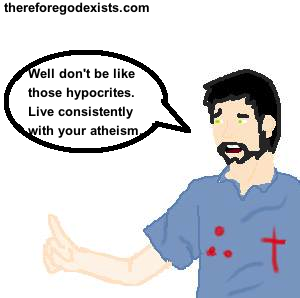 Though admittedly, both are encapsulated by the philosophy that God does not exist, or that religion is a myth, or that there are no good reasons to believe. That is the core of atheism.

However, modern atheists do not understand, as their predecessors did, the gravity of atheism; how much of the world it affects. For if theism is true, especially Christian theism, compared to whether atheism is true, the world would be radically different. This is often forgotten or just not emphasized enough in atheist circles; atheists often live inconsistently with their worldview.

So I write this article as an implore: live consistently with your worldview. There are many differences, as the atheist philosophers of old understood, between a world in which God exists, and a world in which God does not exist. It is my aim to clarify those differences for you, so that you can live in accordance with your worldview. If you dislike the hypocrisy that you see in the church, you do not want to be guilty of the very same thing from an atheist stance. So consider the differences that I explain.

But prepare yourself, for the conception of the world that follows from atheism is not something to rejoice, but as Bertrand Russell said, “Only upon the firm foundation of unyielding despair can the souls’ habitation be henceforth safely built.”

Suppose you were walking down the street and you found a paper bag filled with cash. Lucky day, right? That cash has meaning to you, you can go out and buy things with it. But suppose you brought that cash to a tribe in the Brazilian rainforest and you attempted to trade your cash for some of their goods. They would look at you like you were insane.

“What do I want with your paper?” they might say. To somebody who is unfamiliar with our monetary system, cash would be worth just as much as the paper bag that you are carrying it in. It is just paper, it does not have any actual value, despite that it is worth so much to the individual. Cash only has a relative value.

But on naturalism, this person does not have any actual value. How could they? It is only how you see them, in the same way that a bird might treasure its’ eggs, but we look at them and just see dinner. The eggs and the dollar bill are intrinsically valueless, and so the same with human beings. There is nothing to grant us actual value, it is merely an illusion.

Despite that, atheists live as though human beings do have intrinsic value.

What Are Moral Values? 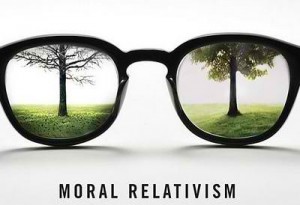 How could you convince a person whose favorite kind of ice cream is chocolate, to consider taking vanilla as a favorite type of ice cream? The obvious answer is that you couldn’t. You know that vanilla is better than chocolate, but they just do not agree. It comes down to their opinion.

So the same with our moral values. We know that some action is morally superior or morally inferior to another action. But how can we convince somebody who does not agree? How can I convince a cannibal who wants to kill me and feed their family, to let me go? I could tell them, “No, no! It’s wrong to kill!” to which they would reply, “Well that’s just your opinion. We don’t believe that in this house. You need to be more tolerant of opposing views.”

I say that some action is evil, and they say that the same action is good. Which of us is right? On naturalism, it is just an appeal to each persons’ opinion. Neither is truly right or wrong; all moral actions are equal, because there is no foundation for moral values and duties. This is a point that most atheists agree with, as Richard Dawkins has written, “There is at bottom, no good, no evil, nothing but pitiless indifference.”

Despite that, atheists live as if there are moral values and duties.

Where Do We End? 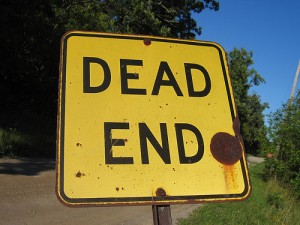 This is a very basic question, to which the naturalist obviously answers, “Nowhere.” To the naturalist, death is the very end. But what does that say about life?

One might reply that you affected the human race in a positive manner; that while your memory has faded into irrelevancy, your positivity carries on. But to this I can only reply that this will perish as well. Mankind’s extinction can be taken as certain. The sun will incinerate the earth and all of its’ inhabitants in a relatively short time. As one philosopher has said, life is like shuffling deck chairs on the Titanic. Man ends in nothing, and therefore he ultimately is nothing.

Despite that, atheists live as though their lives, their relationships, their careers, their kindness, does matter.

So You Are An Atheist

You have abandoned theism, and with it, you abandoned all of the delusions of meaning, value, and purpose. Welcome to atheism.