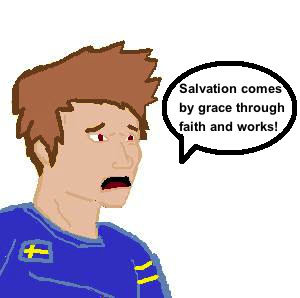 The concept of the afterlife in Christian theology, namely the teaching that the righteous go to to Heaven and the unrighteous go to Hell, has been smeared by the doctrine known as Purgatory, which is the view that after death, those who are saved go to Purgatory so that they can atone for the sins that they did not have time to atone for during their lifetime. However it should be noted that it is not taught as a second chance at life, but rather it is a place for those who are already saved, but those who are not saved do not have access and are immediately condemned to Hell. But what we have to ask ourselves is whether it is in the Bible, so is Purgatory in the Bible?

There are certainly a good amount of people who believe that it is, considering that Catholicism holds the majority among all Christian denominations. Many people hold so firmly to the belief in Purgatory that they are willing to make sacrifices in this life to spend less time there, including making donations to the church, and recently, the Vatican declared that following the Pope on twitter will get you ‘time off Purgatory’. As absurd as it might sound to those of us who are Protestants and who read the Bible regularly, this is something that most Roman Catholics believe. 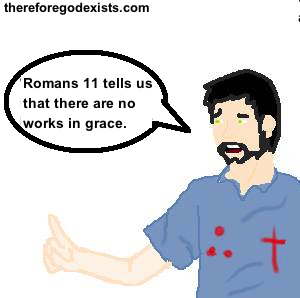 What we should remember though is that this doctrine is supported by the book of Maccabees, which is part of the Catholic canon despite that it does not pass the test of canonicity and is therefore not in the Bible. But also, even if it is shown that Purgatory is inconsistent with the Scripture, it would not really matter to a good Catholic, because they believe that tradition is equal in authority with the Scripture. As a consequence of that, the doctrines taught by the Pope and the Vatican are the infallible word of God. Since Purgatory falls under that category, it does not really matter if it is in the Bible.

I have already made a case for sola scriptura, so I will not repeat those arguments. I will just look at the question: is Purgatory in the Bible?

The Sacrifice Of Christ

Purgatory challenges the most integral doctrine in Christian theology, namely, that salvation comes by faith in Jesus Christ, and there is nothing that men can do to justify themselves. In Purgatory, however, men do atone for their sins and justify themselves.

The moment that Abraham trusted in God, he was counted as righteous before him (Romans 4:3, Genesis 15:6). Despite that Abraham was a sinner, God forgave his sins only by his mercy. There is nothing that we can do to justify our sins before a Holy God. Instead, only by the sacrifice God provided through Christ, by putting our trust in him can we be justified, just as Abraham was.

As such, salvation comes by grace through faith (Ephesians 2:8). To this, Roman Catholics will usually reply that while salvation comes by faith and works, both the faith and works come via the grace of God, so that there is no inconsistency with Ephesians 2:8. The problem with this is that there are no works in grace. If there were, it would cease to be grace (Romans 11:6).

Therefore there are no works in salvation, which renders the deeds of those who are allegedly in Purgatory to be irrelevant.

When Jesus and the apostles spoke of the afterlife, they only ever mentioned two destinations, which of course are Heaven and Hell. This is made spectacularly clear in Matthew 25:31-34 where Jesus says that on the Day Of Judgment, the sheep will go the eternal kingdom and the goats will go to eternal damnation. This is clarified in every mention of eternity; an eternity with God and an eternity without God, but nowhere does the Scripture mention a third destination after death.

For example one would be the unforgivable sin, where Jesus says that when it is committed, we will not be forgiven in this life or the next. They take that to mean that some people are justified in the next life. But this interpretation is spurious in that it does not actually say that sins will be forgiven in the next life, rather it says that the unforgivable sin will never be forgiven, not even in the next life. In saying this, Jesus was expressing that the consequences of this sin would last forever. But the Purgatory doctrine seems to me to be something like making a mountain out of a molehill. There is just not enough latitude.

In fact there are even Scriptures in which people go to their eternity immediately, such as Lazarus in Luke 16:19-31, when he ascended immediately to Heaven. Moreover, the thief on the cross in Luke 23:32-43, who did not come to convert until moments before his death, was promised an eternity today. Jesus said, “Truly I say to you, today you shall be with Me in Paradise.”

Neither the thief nor could not atone for their sins, they were able only to trust in the sacrifice of Jesus Christ, who promised an immediate eternity in Paradise. This is reflected again in the didactic epistles of Paul as he writes in 2 Corinthians 5:8 that to be away from the body is to be at home with the Lord.