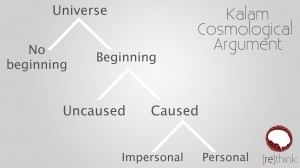 When one looks about the world, we are often led to questions regarding our own existence and the existence of the physical world. There are certain truths which we cannot prove but are rational to accept, such as the objectivity of the external world, the reality of other minds aside from my own. So we will wonder where these things came from. Neither myself nor my debate opponent are an exception. This is the first in my debate series known as Is A Prime Mover Necessary?

To many people, these things remain a mystery if not for the appeal to the supernatural, as that has always been humanities’ first intuition, to attribute that which is unknown to God.

As adults we will often look at such an answer as lazy, petty, or just plan foolish. However I maintain that in regard to the existence of the physical world, mans’ appeal God as cause is justifiable, and follows necessarily from the finitude of the past. Even if God has never revealed himself in the world, our world could not exist without a Prime Mover.

But we must first define our world to show that it requires such an entity.

Is The Universe Infinite In The Past? 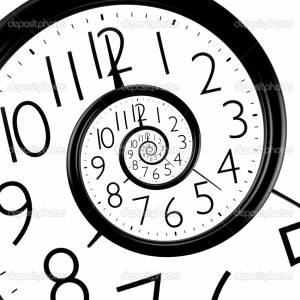 This is best demonstrated by imagining what it would be like if an actual infinite number of things were to exist, and following it to its’ logical conclusion, because they always have a paradoxical affect (Note well that I am not saying that the infinite cannot be applied as a concept in mathematics. Instead I am saying that if the infinite were the exist in reality, it would lead to absurdities). This is something which one of the greatest mathematicians of the 20th century, Doctor David Hilbert acknowledged in saying “The infinite is nowhere to be found in reality. The only remaining role for the infinite to play is solely that of an idea.” 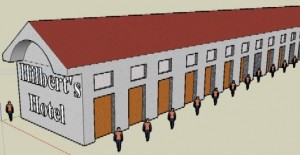 Hilbert offered one of the most famous examples of an infinite in reality known as Hilbert’s Hotel, which is defined thusly. Suppose there was a hotel with countably infinite rooms, all of which are occupied. It is tempting to think that in a hotel with no vacancies, they would not be receptive to new guests.

But suppose a new guest does arrive. Since there are an infinite amount of rooms, they can accomodate this new guest moving the person who is in room 1, to room 2, the person in room 2, to room 3, and so on. The new guest will go into room 1. By repeating this procedure, Hilbert’s Hotel can make room for any finite number of guests, despite that all of the rooms were occupied.

But this is obviously absurd, an infinite amount of rooms could not exist, because it would mean that two contradicting statements were true, namely: There are vacancies, and there are no vacancies.

This is not just one isolated or cleverly constructed example. The infinite in any facet of reality will inevitably lead to logic absurdities. Suppose planet X was orbiting a star and with each orbit, moving 2 feet from it is every year. Planet Y is orbiting the same star, but moving only 2 inches every year. After 10 years, planet X will be 20 feet further from the star, and Planet 2 will be 20 inches further from the star. The further these planets move from the star, the farther apart they would be. But extend this to infinity.

If Planet X and Planet Y orbited this star for an infinite amount of time, they would be an equal distance away from the star: an infinite distance! But in reality we know that a greater lapse of time would create a greater distance between these two planets.

What Does A Finite Universe Mean? 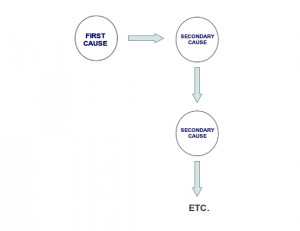 A finite universe means that a finite time ago, the universe spontaneously came into being without any pre-existing material. So unless you are willing to defend the idea that the universe just popped into being, uncaused, out of literal nothingness, then the universe must have had a transcendent cause.

There are other reasons for it to be person when examining the other attributes which are derived from the nature of the case. The possible causes are extremely limited. They are limited to timeless and spaceless entities. But there are only two types of things that fit in that description. There are abstract objects, and personal objects. But abstract objects do not stand in causal relations with anything; that is what makes them abstract. Therefore if to stand in causal relations with the universe, the object must be personal.

Therefore the cause of the universe must be a personal, transcendent entity, which is what everybody means when they say Prime Mover.