This post is continuation in a debate with an atheist named Rev on the topic Is A Prime Mover Necessary? (Second Rebuttal). Before reading I recommend reading the following posts. 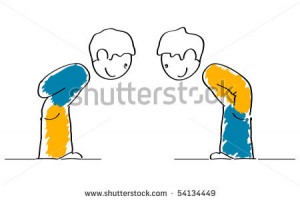 I would like to begin in stating gratitude to my debate opponent for behaving as a gentlemen, as too often in discussions such as this one the central topic is deluded in insults and personal attacks, so discussion with Rev has been much appreciated.

In this dialogue I have attempted to appeal to reason to find the conclusion that a Prime Mover (a personal, transcendent, first cause of the universe) absolutely is necessary for the current universe to exist. In doing so I have applied examples demonstrating the absurdity that an infinite past leads to, and suggested that if the past is not infinite, it must have had a Prime Mover. Rev raised objections that are both philosophical and scientific in nature. Alas I maintain that these objections are unsound and some even self-defeating.

What Does Logic Tell Us? 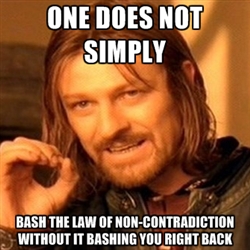 In my introduction I raised two examples of the infinite being applied to reality, and how they always led to contradicting outcomes being true. Rev took the remarkable position that sometimes, two contradictions can exist simultaneously.

Well, I have never before had a discussion with somebody who casted doubt upon the law of non-contradiction. This kind of rebuttal may be something that one maintains as a sort of academic refutation, but it is not something that anybody maintains rationally. I hate to be redundant, but I pointed out the problem with this sort of objection in my first rebuttal, which is that it undermines itself.

But this objection requires that 2 undermines 1, when in fact, if 2 is true, 1 can be true simultaneously.

What Does Science Tell Us?

The evidence for the Big Bang as the origin of all matter physical material has rendered it the leading model for the last eighty years. Other models, such as the steady-state theory, and others that rescue a naturalistic perennial from the Big Bang, have come and all failed to offer the same persuasion as the Big Bang as a consequence of the discoveries in the last century.

I recommend researching Doctor Alexander Vilenkin, who argues that the expansion of the universe proves a cosmic beginning. He explains that if we rewind the tape of history, we will see the universe become smaller and smaller until it collapses back into nothing.

Secondly, at the time of this origin described by Vilenkin, the level of entropy in the universe was full. Entropy is to the universe like energy to a battery, and the second law of thermodynamics dictates that it is decreasing. If the universe was infinite in the past, the energy would have been fully expelled long ago.

Note that in explaining the origin of all matter and energy, I am not saying that the universe can come to be by natural means. I am saying that this is how it came to be, but explaining how an engine works does not explain its’ origin. This is an equivocation of what Aristotle called productive causality and material causality; the manner in which something comes to be say nothing about the transcendent cause.

I hope the consequences of denying a Prime Mover are clearly seen. Rev is forced to deny the law of non-contradiction, and the leading cosmological model. Atheism, in this instance, literally leads to what closely borders anti-intellectualism; the denial of both science and logic.

I realize that Rev offered more objections, philosophical in nature to free will and such. Unfortunately I do not have space to address them. I will either in my conclusion, or if Rev would like, is free to pose them as one of his three questions.