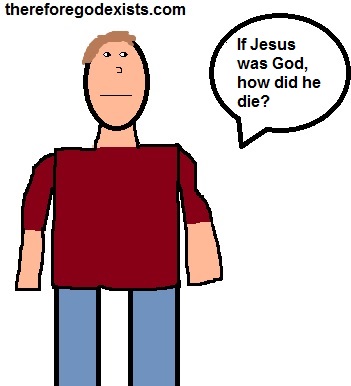 Sometimes when evangelizing or attempting to share the gospel with people, they will surprise us and attempt to share their views with us in response, such as the ex-Muslim, now Christian Doctor Nabeel Qureshi pointed out in a sermon, many western Muslims are challenged by their parents and the Islamic community to share Islam with those who would attempt to share Christianity with them. Of course they approach this by attacking one of the fundamental tenants of Christian belief, which happens also to be a fundamental tenants of Islamic belief, namely, the view that Jesus is God. They are often willing to grant the words of Jesus in the gospels and say that they prove that he could not be God, for he demonstrated a lack of omniscience, a lack of omnipotence, and in fact, even died. Is this a sophisticated objection? If Jesus was God, how could he die? 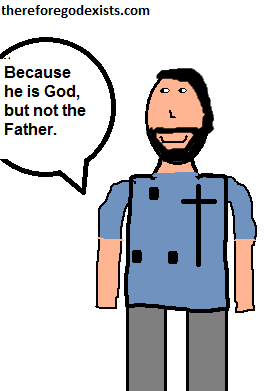 What I find so strange about this objection is that it presupposes that the gospels are true and that the words of Jesus represented in them are faithful to the historical character, Jesus of Nazareth. This is so strange to me because there is no test of canonicity at all, but rather these books are just assumed to be true, while the rest of the New Testament is assumed to be false. The problem with this is that Luke, the author of the gospel of Luke, also wrote the book of Acts, so how then could we discount Acts, but not Luke?

Further, how could we say that the writers faithfully represented the words of Jesus, but their commentary was flawed? If the New Testament documents were corrupted (which, textual criticism confirms that they were not), then why not also corrupt the words of Jesus? This seems to me to be a bizarre and even ad hoc hypothesis, which is to say that it was made up to align with the data, but cannot be taken seriously as a historical principle. This is precisely why we see such sophomoric doctrinal misunderstandings sprouting out of Islamic belief, such as the question, if Jesus was God, how could he die?

Now, as I pointed out in my article, Jesus Is God, Not The Father it is true that Jesus never literally recited the words “I am God,” because if he were to do that, the Jews would interpret that to mean that he is the Father, which would not be proper Christology. So to explain that he was God, but not the Father, he appealed to very clever phrasing, which is something that I explained in that article.

However the idea that because Jesus is God, that he is therefore omnipotent, omniscient and so forth is not something that we will find in mainstream Christian belief. Instead, Christians believe that Jesus had two natures, namely, his human nature, and his eternal nature, and this is what we call the Hypostatic Union. He was both fully human and fully God, but to say that he was fully God is not to say that God was removed from Heaven and is walking around on earth. But rather it is to say that Jesus was the human version of the invisible God.

So Christians believe that Jesus was limited even though he was God. Why was he limited?

The Doctrine Of Kenosis

The Doctrine Of Kenosis (Philippians 2:6-11) states that while Jesus Christ was equal in nature with the Father, he did not consider his attributes, such as omnipotence and omniscience, something to be valued or cherished. So then, if Jesus was God, how could he die? He willingly took the form of a man and went to death, even on a cross, and he did it for the sake of those who love God.

When he was being murdered, all of the fierce wrath of God went out upon Jesus Christ, and now we may have proper standing with God, we may stand before him as though we were as sinless as the Son Of God. He humbled himself and was descended into the depths of mankind, only to go to a torturous death on a cross, and he did it for the sake of sinful men, so that the justice of God could be satisfied and we could come into a loving relationship with him forever. Why would God die? He did it because he loved men so much. Jesus said this, There is no greater love than to lay down one’s life for one’s friends.

Therefore he died in his love for us so that we could have right-standing with God.